Sabtang Island is the southernmost island in the province of Batanes and home to around 1,600+ people — just a few hundreds more than my facebook friends. Hehe. It can be reached via a 30-45 minute faluwa ride from Batan Island. Just like Basco, it has its share of beautiful sceneries. The tour usually lasts up to 5-6 hours including the transfers to and from the island. A catered lunch by the beach is also included in the tour.

There are no accommodations in the island so if you plan on spending a night or two there, one option is to stay at one of the residents' homes with prior arrangements, of course. 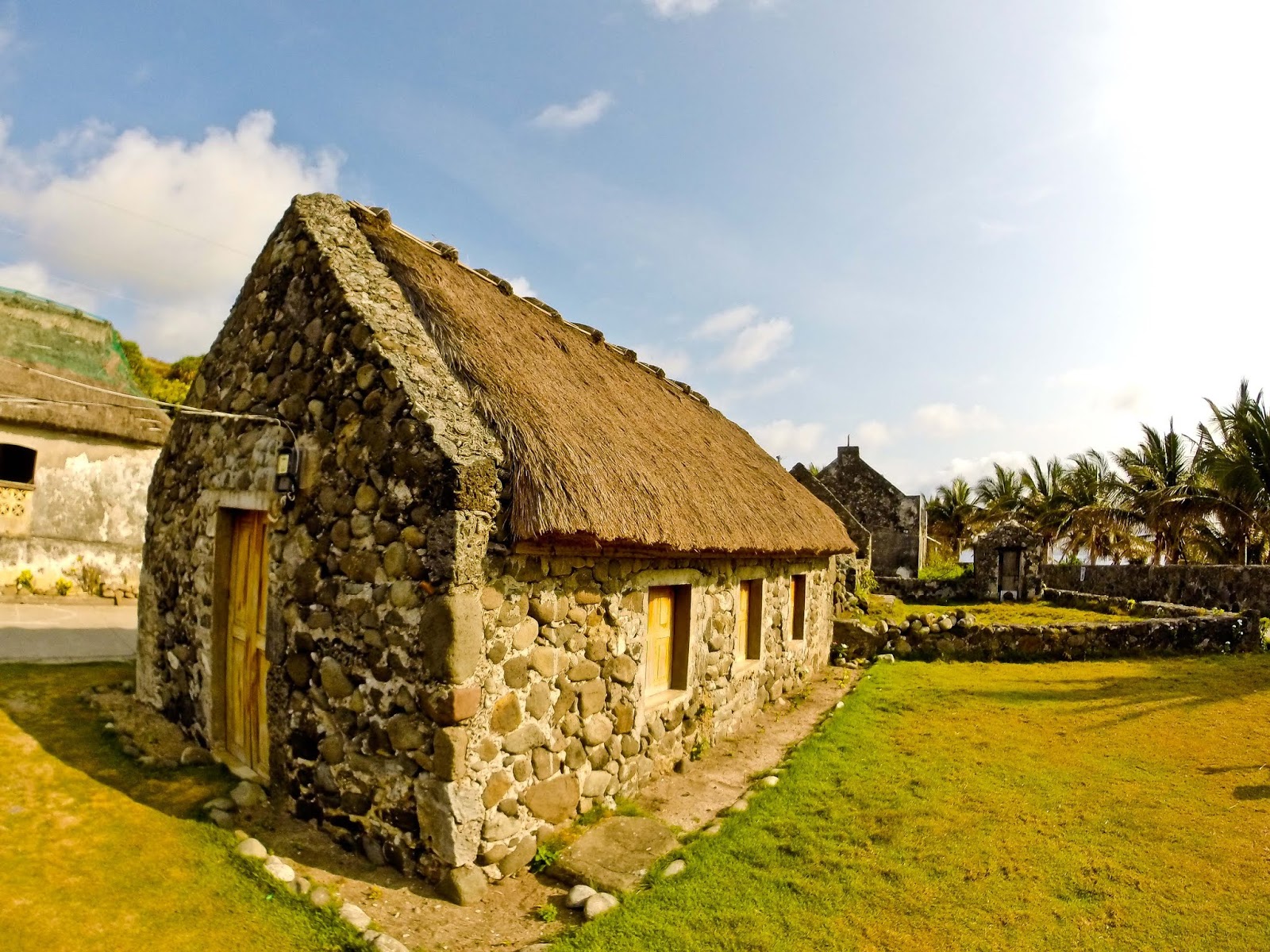 On our second day in Batanes, we were up before sunrise for our early call time. Good thing the people in the hotel are used to this kind of setup so our breakfast was ready by 5am. We dozed off early that night and had enough sleep so we didn't have a hard time leaving our bed.

We were served a giant bowl of soup (which we don't normally encounter in other hotels during breakfast), rice, fish, longanisa and some fruits. As much as I wanted to eat more so as not to waste food, the serving is just too much for 2 people.

We left the hotel by 6am to catch the first trip to Sabtang. Sea can be rough in the late morning so it is safer to travel very early. The port is just a few minutes drive from the hotel and we were one of the first groups to arrive. We registered our names and wore our life vests as we wait for boarding. 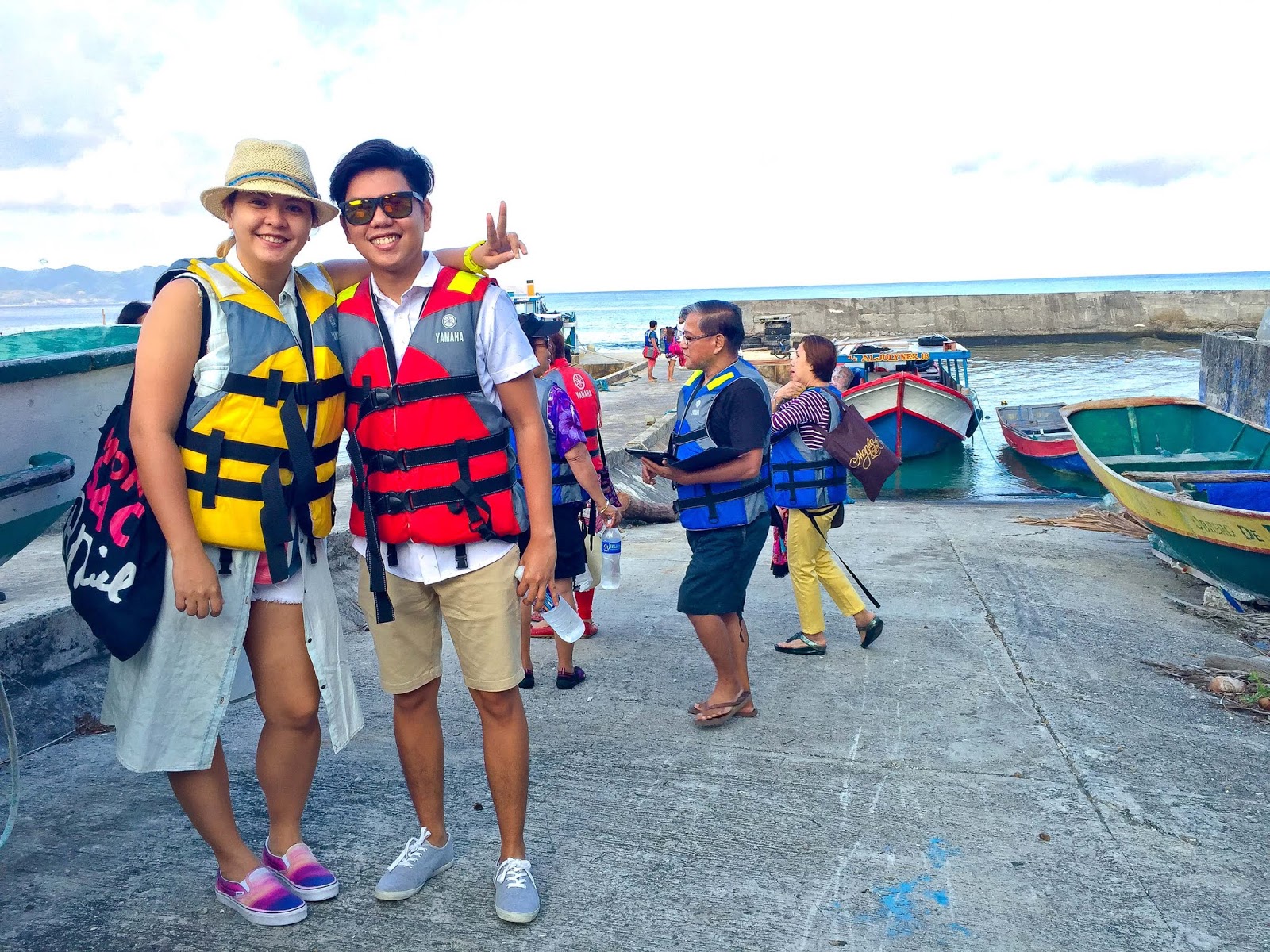 hubby's overall look can pass for a theme park guide

In less than an hour of waiting at the port, we boarded the 115-capacity faluwa for a 40 minute trip to Sabtang. 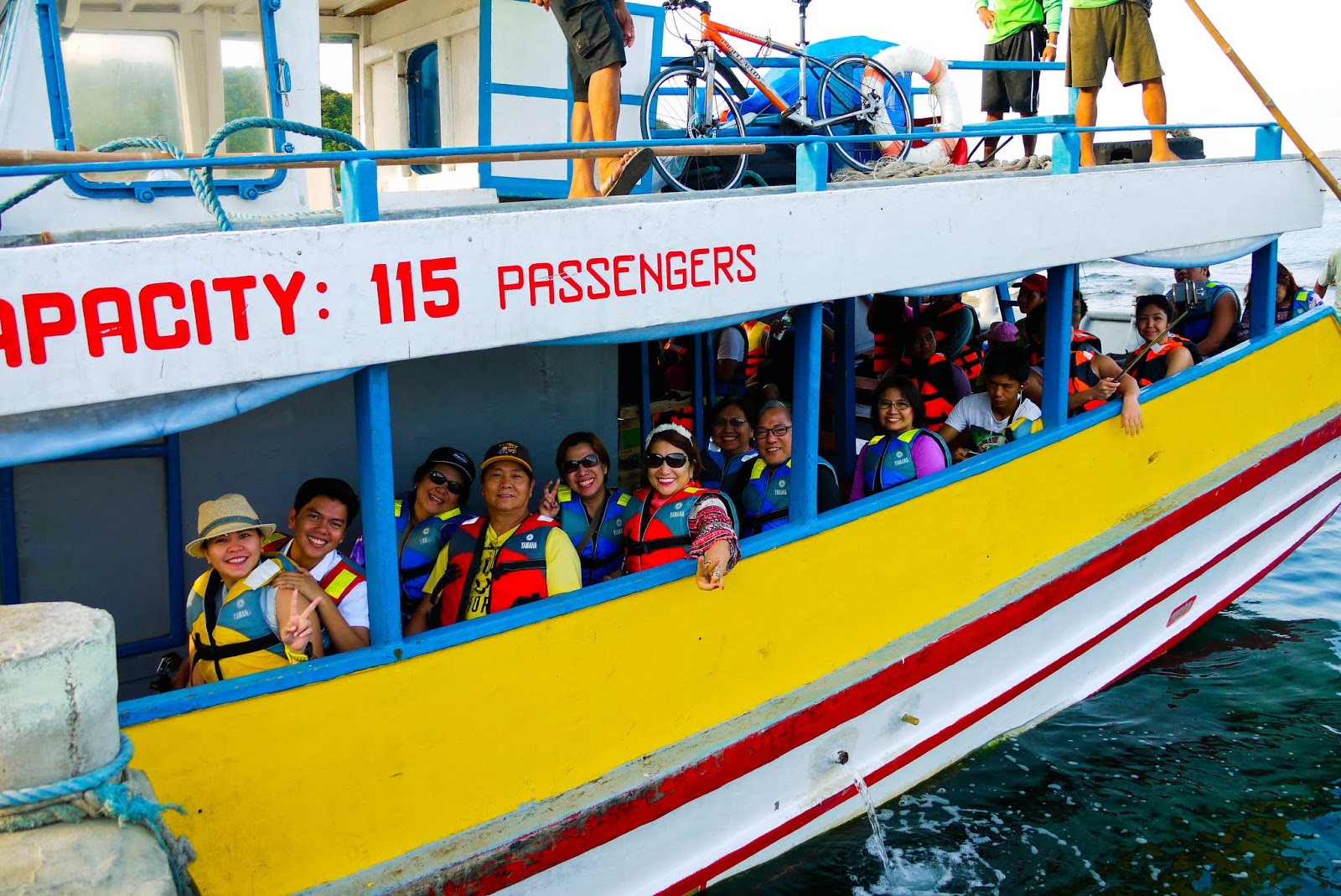 We were blessed with a fine weather so the ride was safe. There were a few roller coaster moments in between which only made the trip more exciting.

As soon as we reach the port of Sabtang, we were led to the tourism center to register and pay the necessary fees (cared of our tour guide). Afterwards, we boarded a non-airconditioned van for our transport within the island. 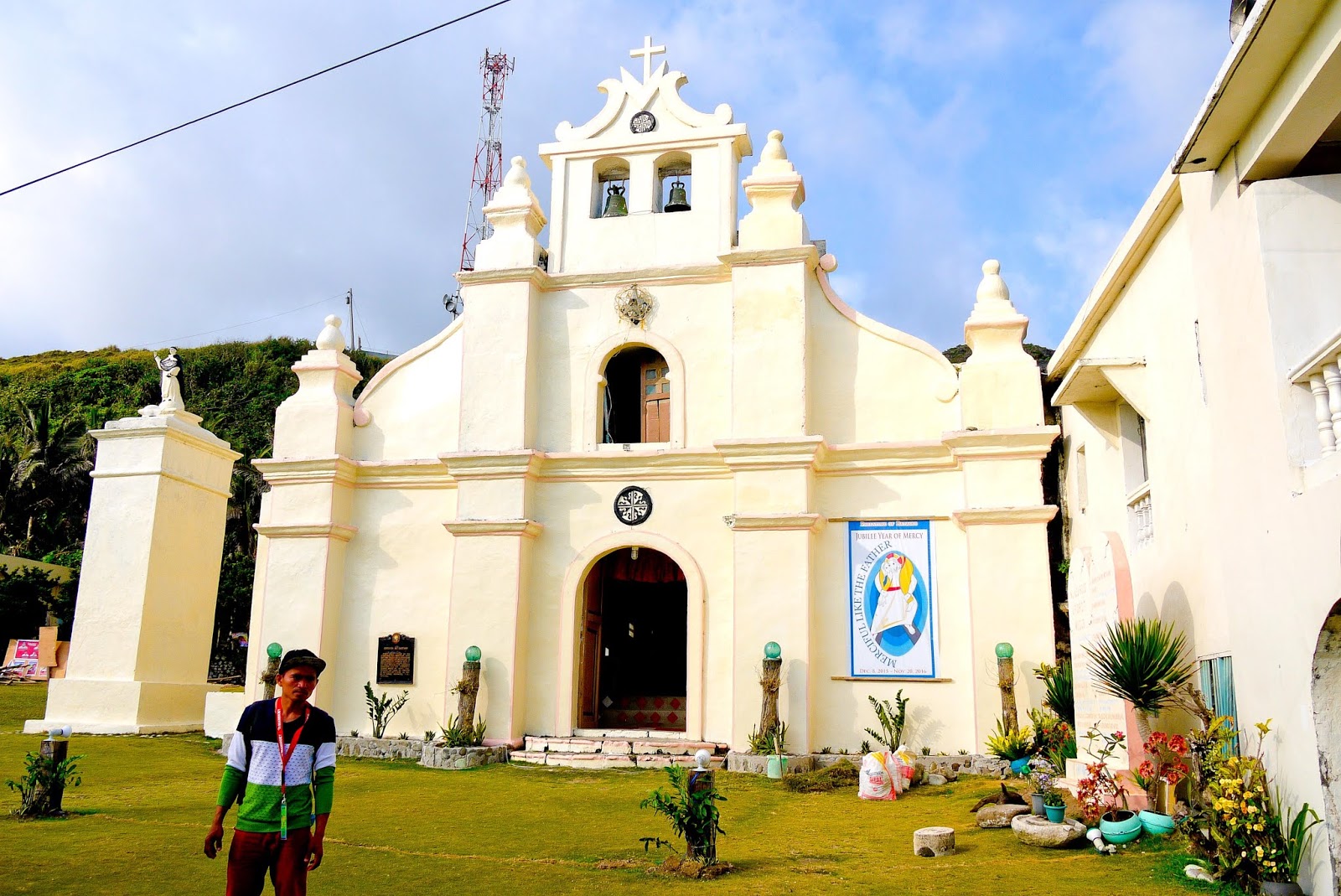 Our first stop was at Brgy Savidug where we saw more stone houses. The neighborhood was quiet as most of the villagers are out in the farm working. 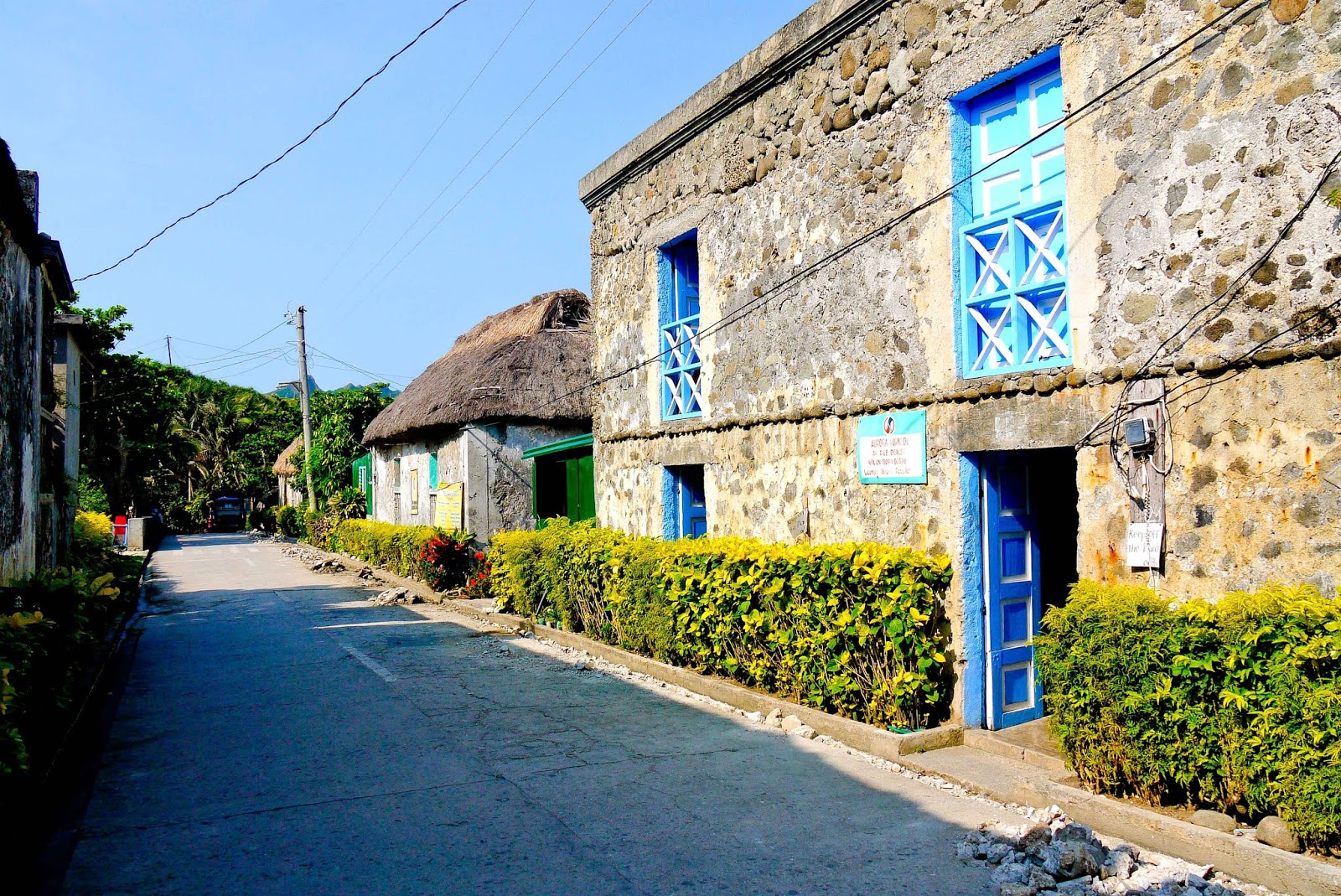 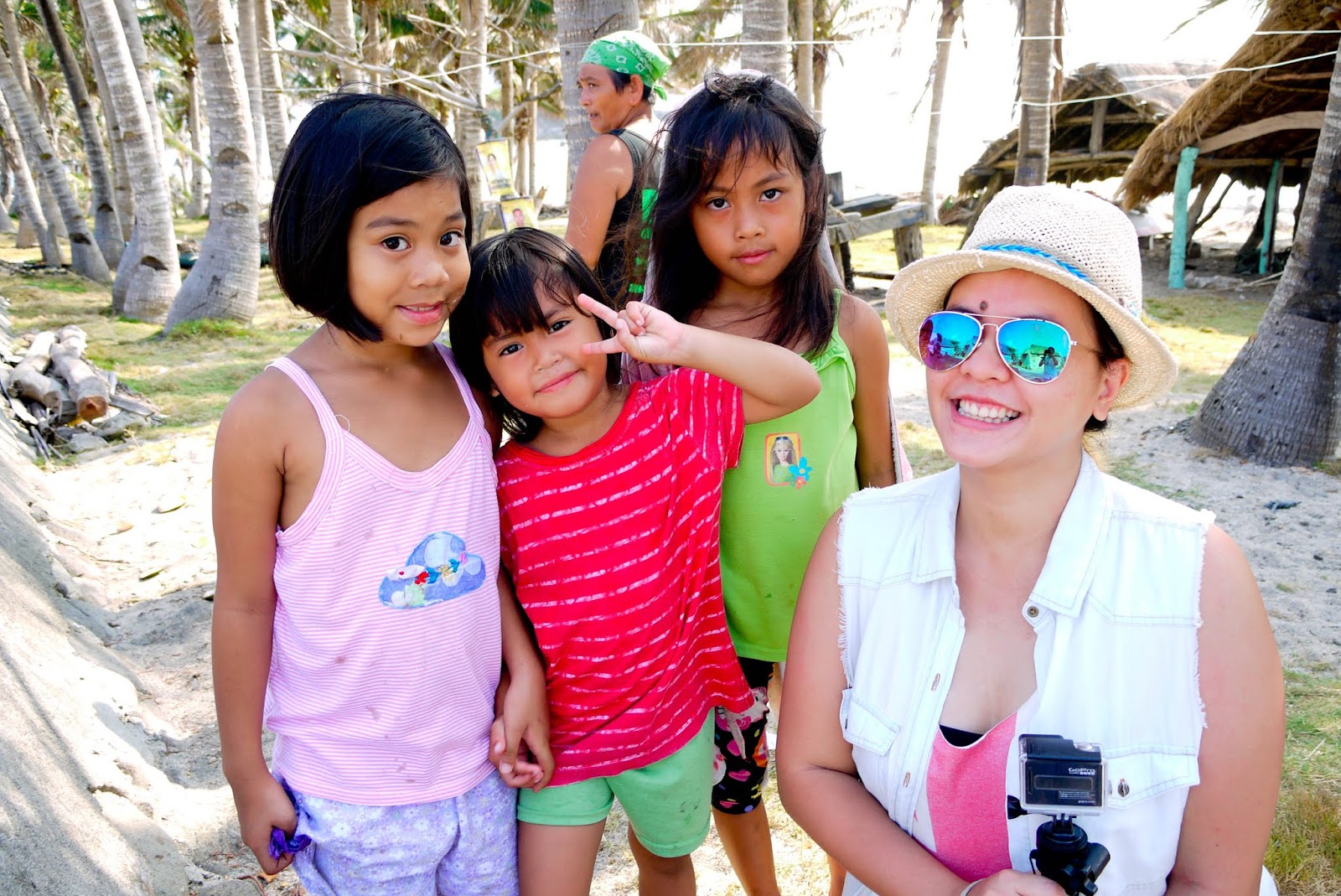 I had a small chat with these kids' lola while the rest of the seniors were enjoying their fresh coconuts. 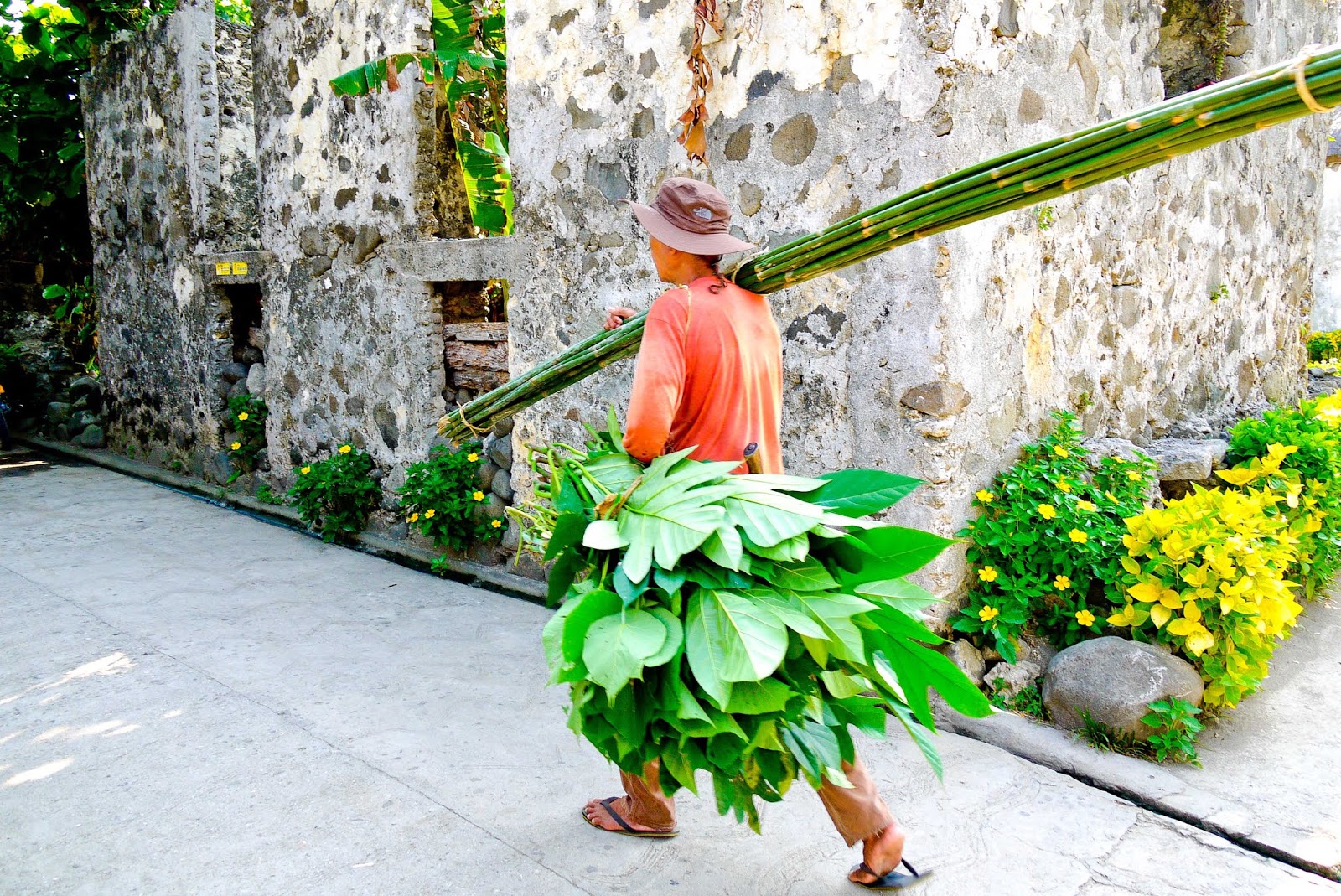 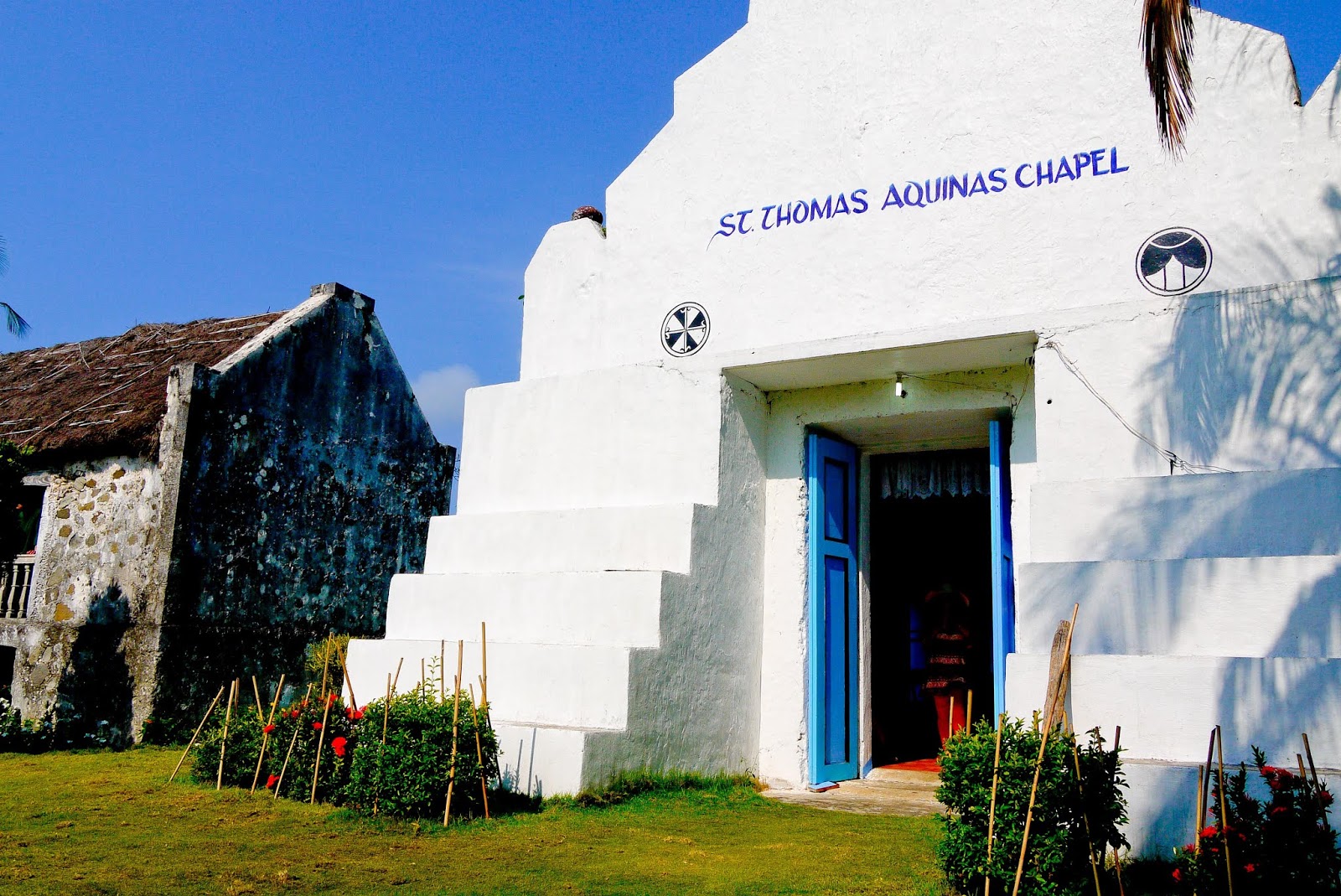 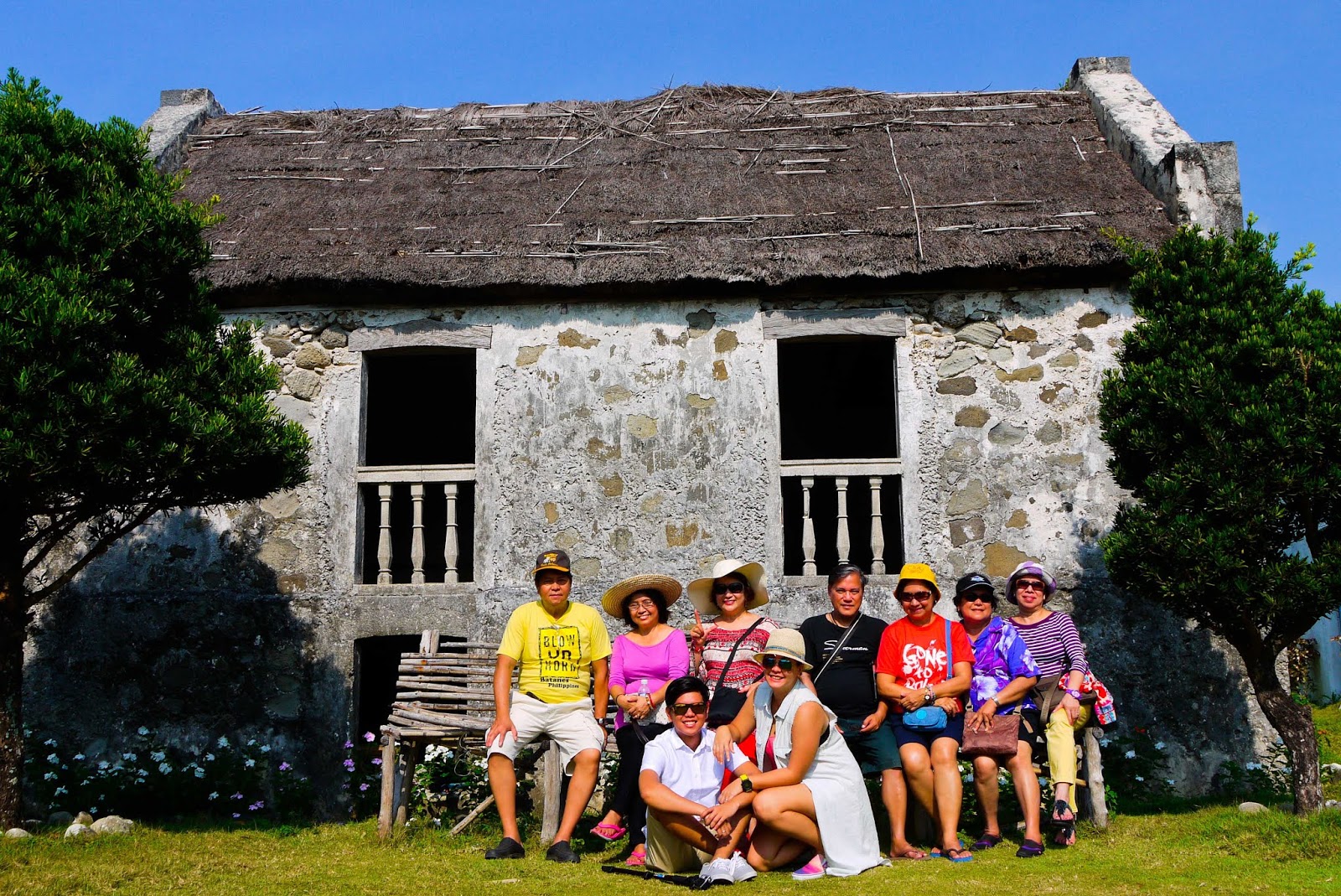 After the walking tour at Savidug, we then went back to the van and drove off to Tinyan. For me, the highlight of the Sabtang tour was the Chamantad Cove and Tinyan Viewpoint. If Marlboro Country and Alapad Hills are wow-worthy, then this place is so worthy of my praises too. Never mind that we got toasted during the trek, at least we were able to reach the best spots and pose on every beautiful angle that our tour guide directs us to.

See the little vehicles from afar? That's where we came from. 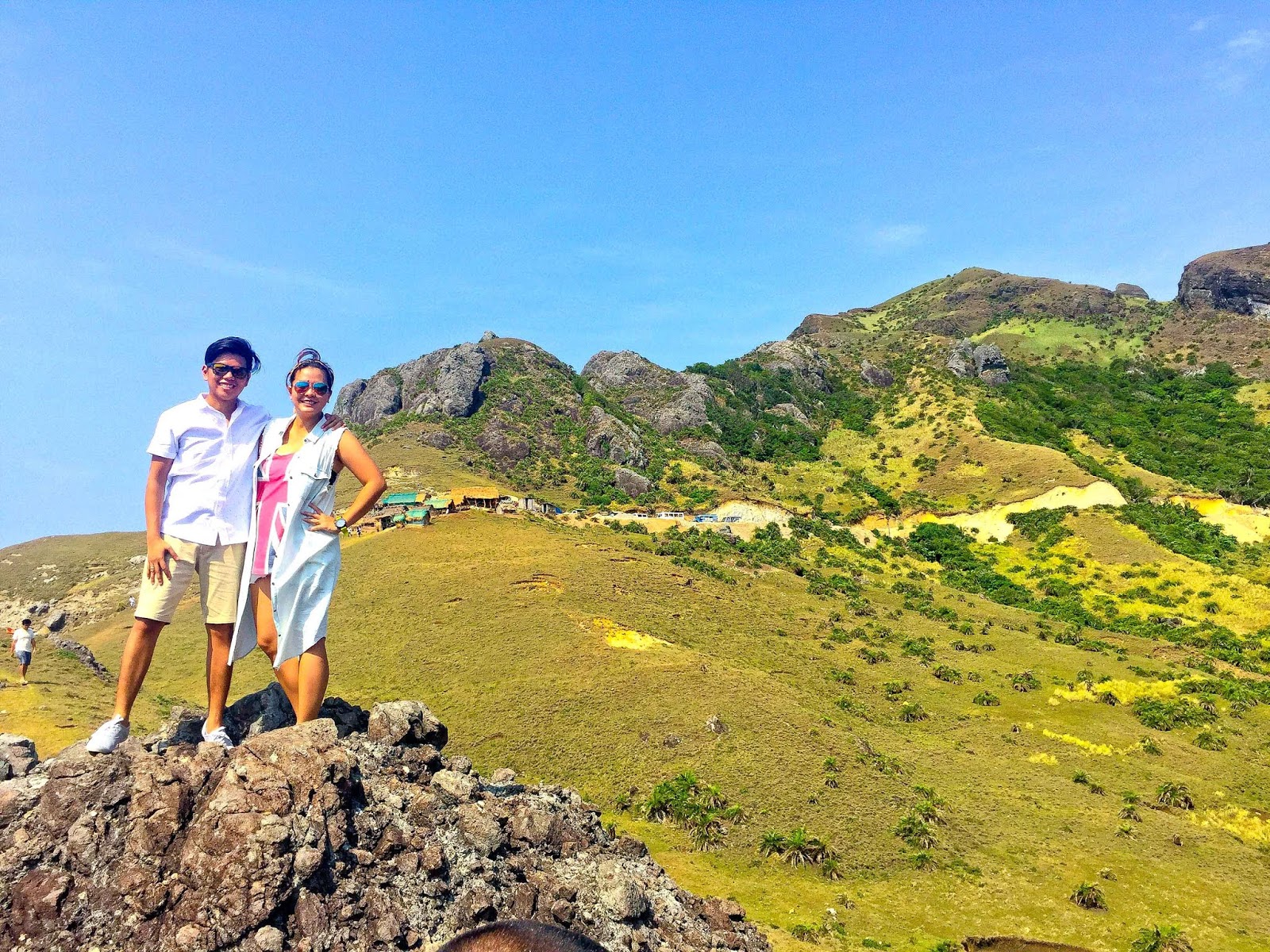 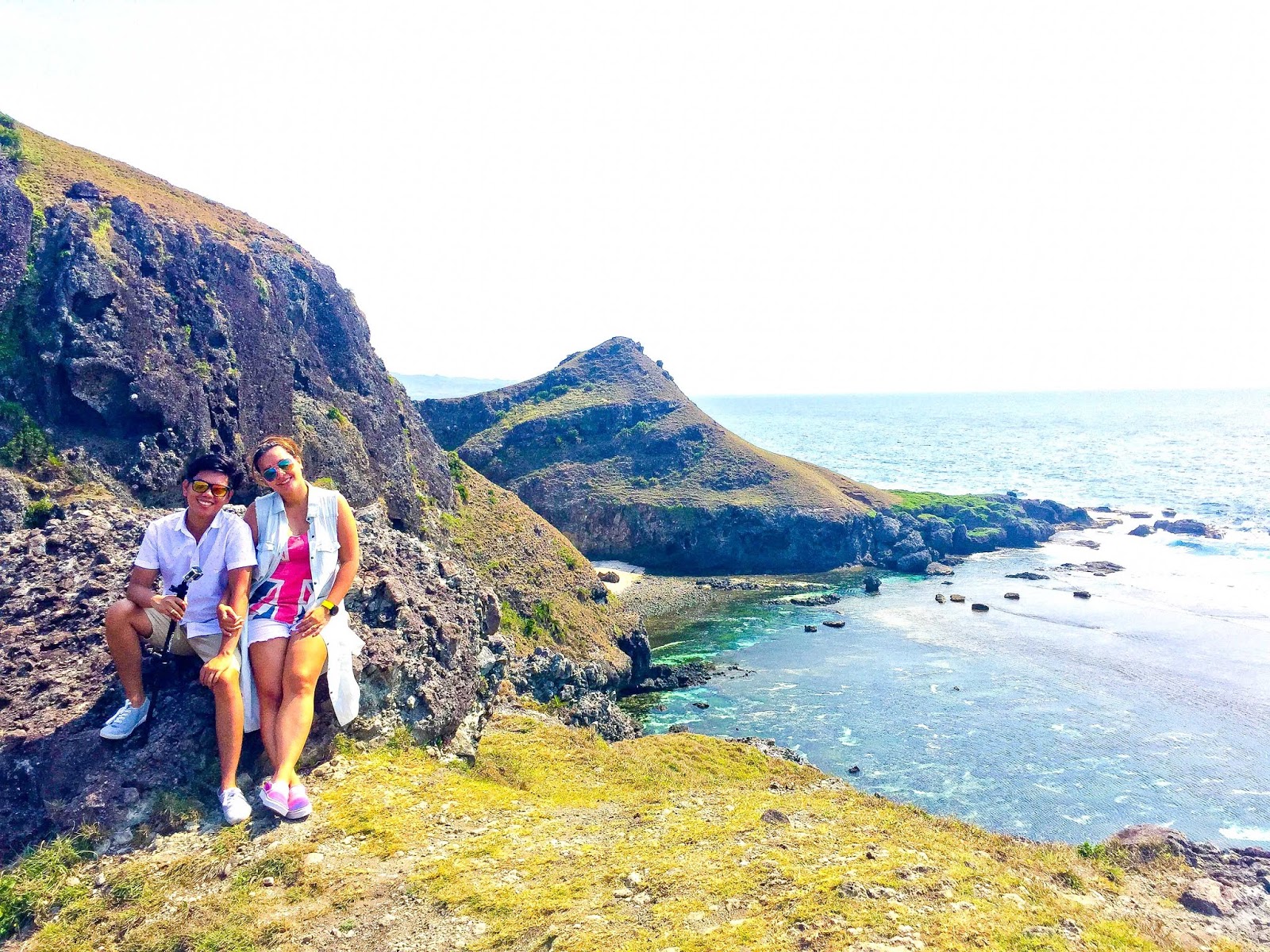 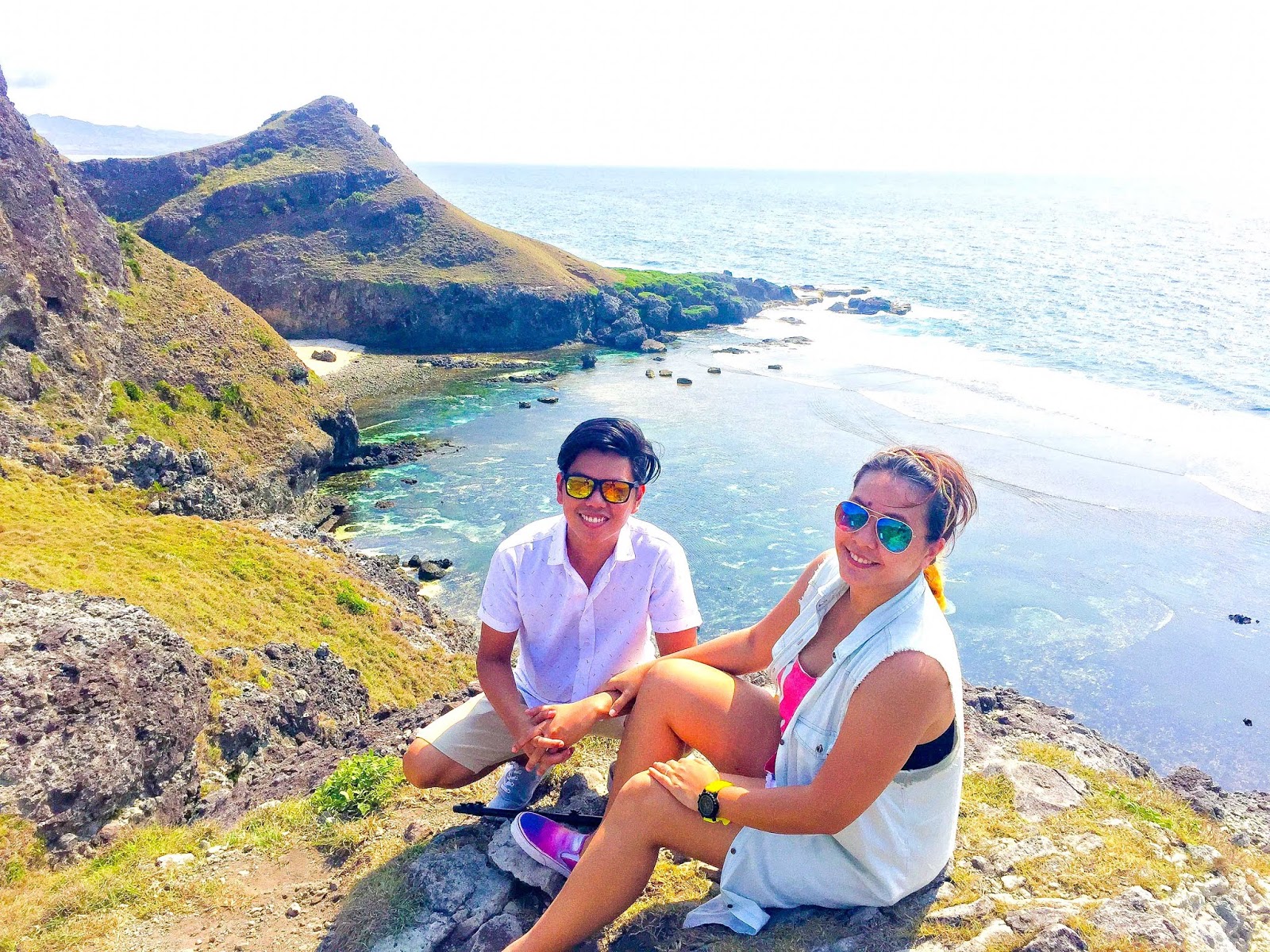 One missed step will lead us to eternal happiness lol

We finally got to try on the vakul and boy it was a bit heavy. There is a rental fee of 20 pesos per person. 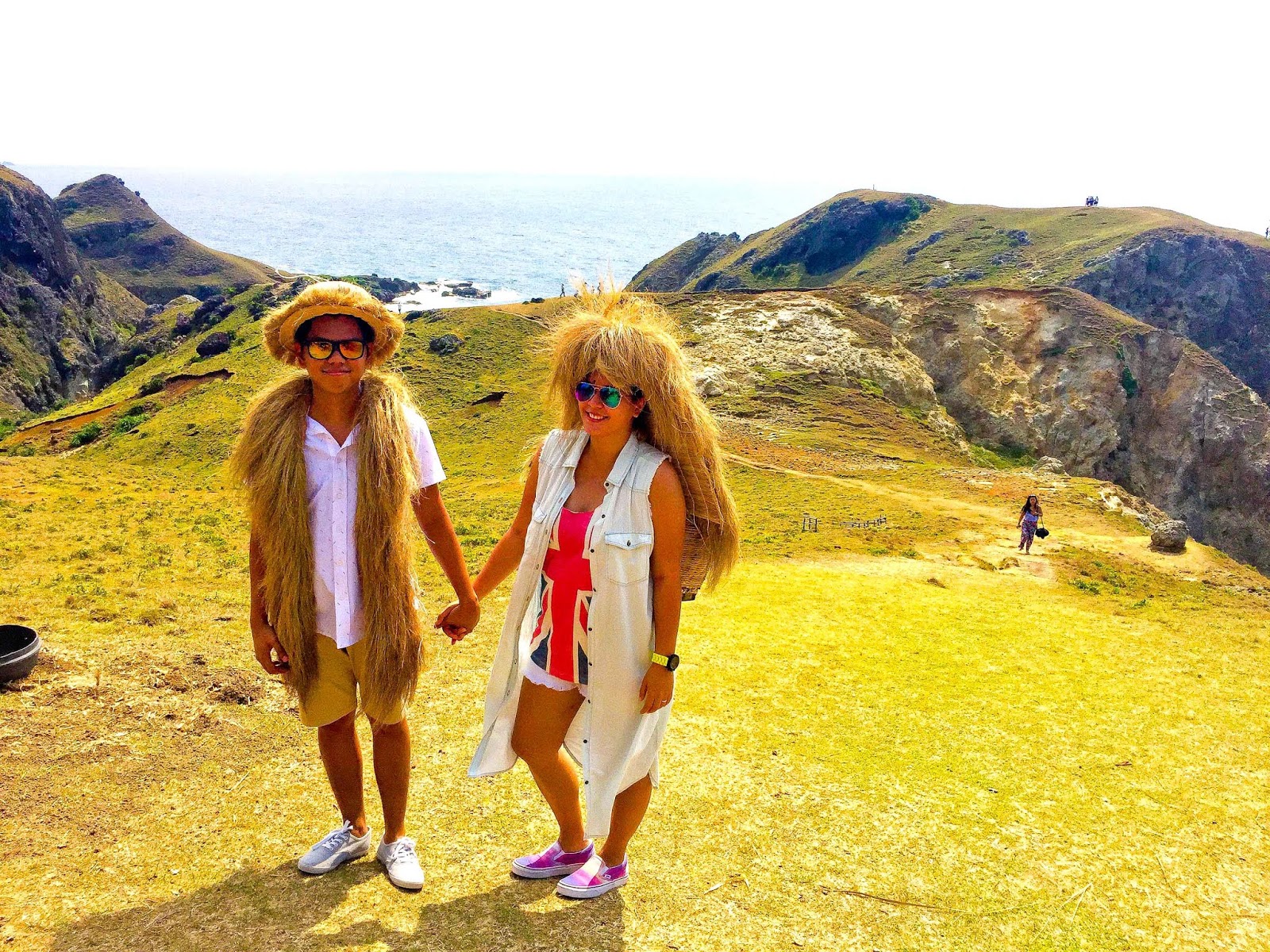 Souvenir items like magnets, miniature houses, and shirts are also available at the drop off point so we got some pasalubongs for our families back home. 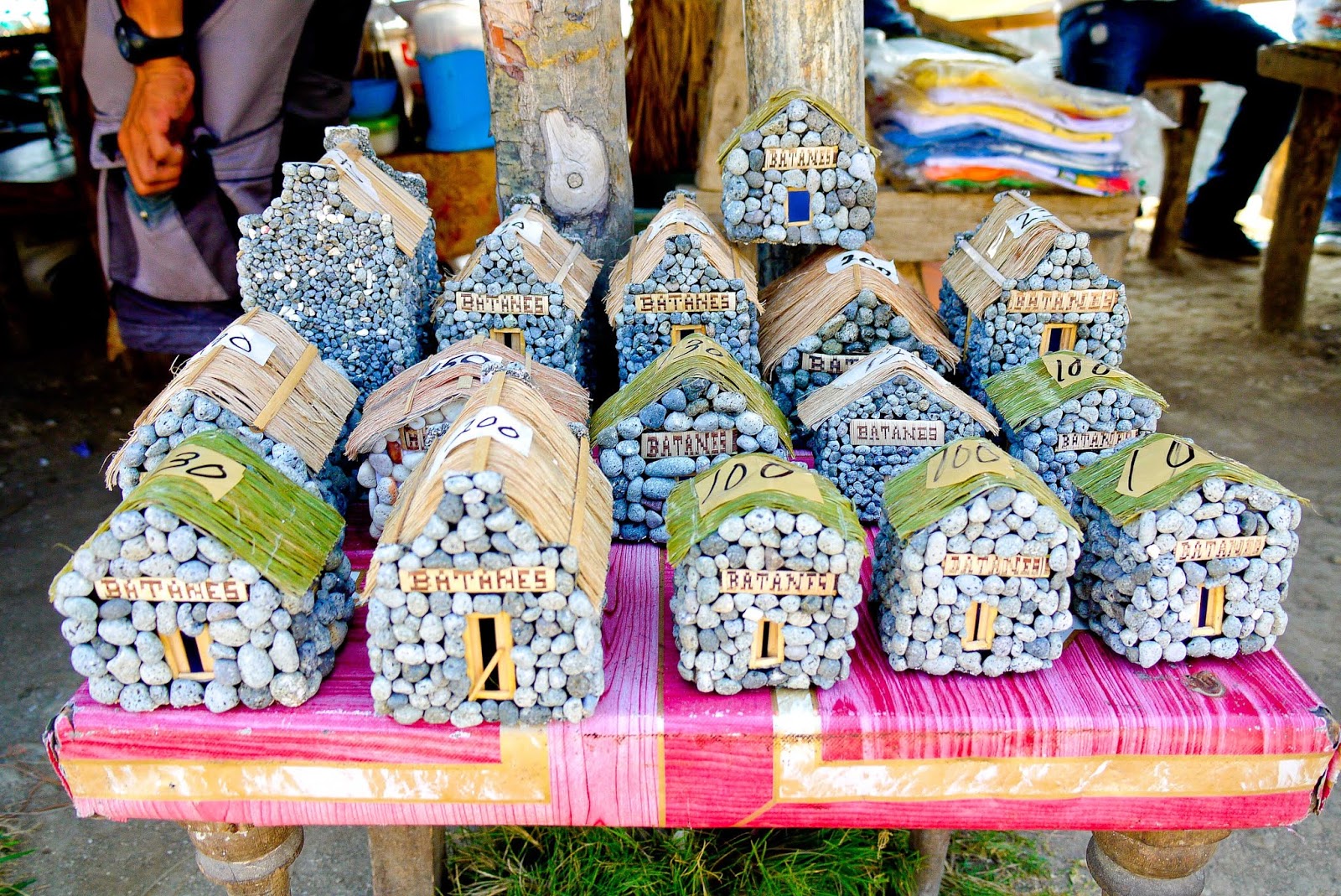 We visited another village, Bgy Chavayan. This was our last stop before we had our lunch. I had a hard time taking good photos of the houses as most of them were decorated with election posters. 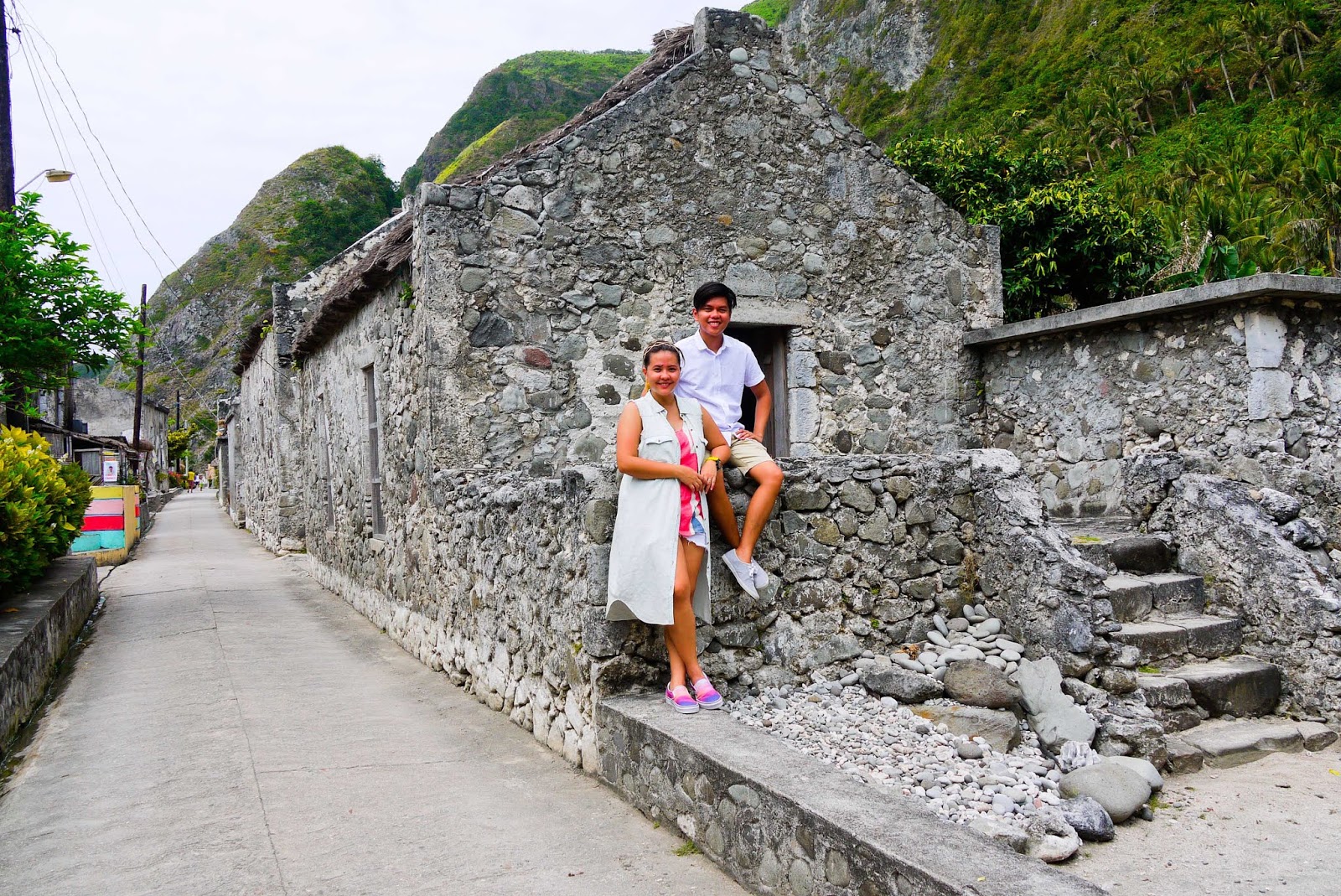 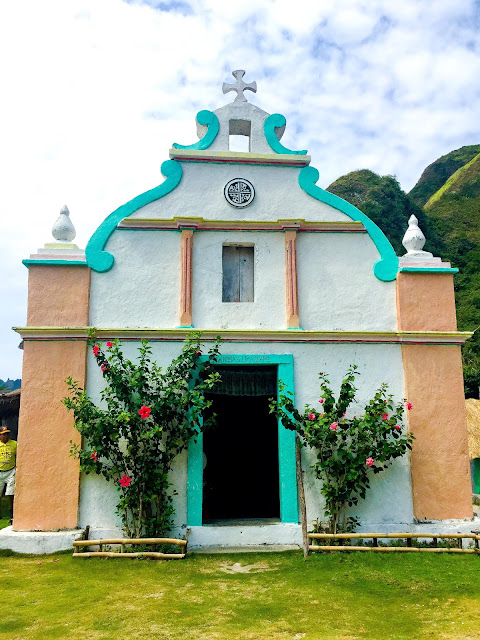 We met 2 of the weavers who obliged to do a quick demo on how they make the vakul. 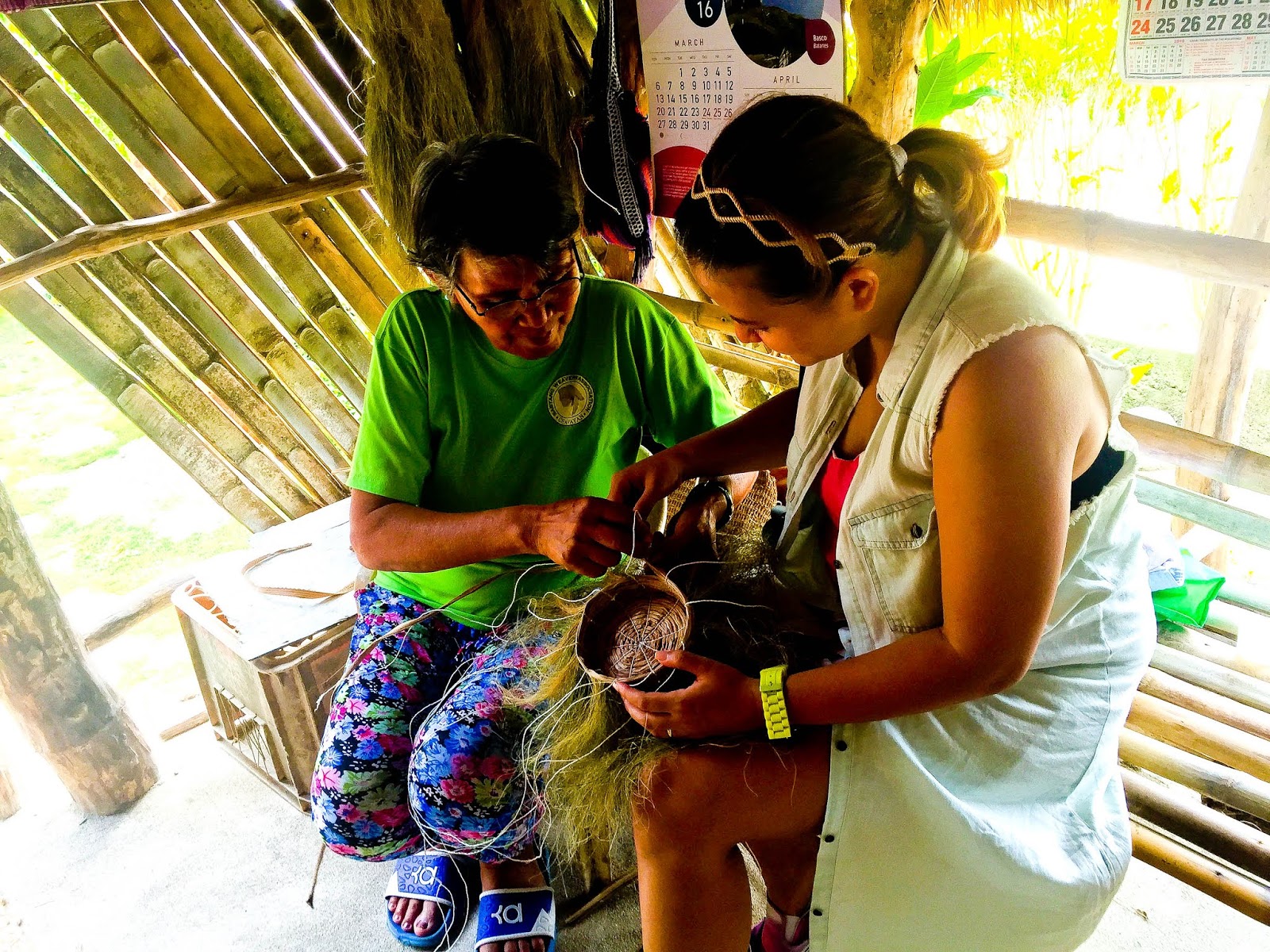 Photo-op with lola who brushes the vuyavuy leaves

We then drove off to Morong Beach which is on the other side of the island for our lunch. 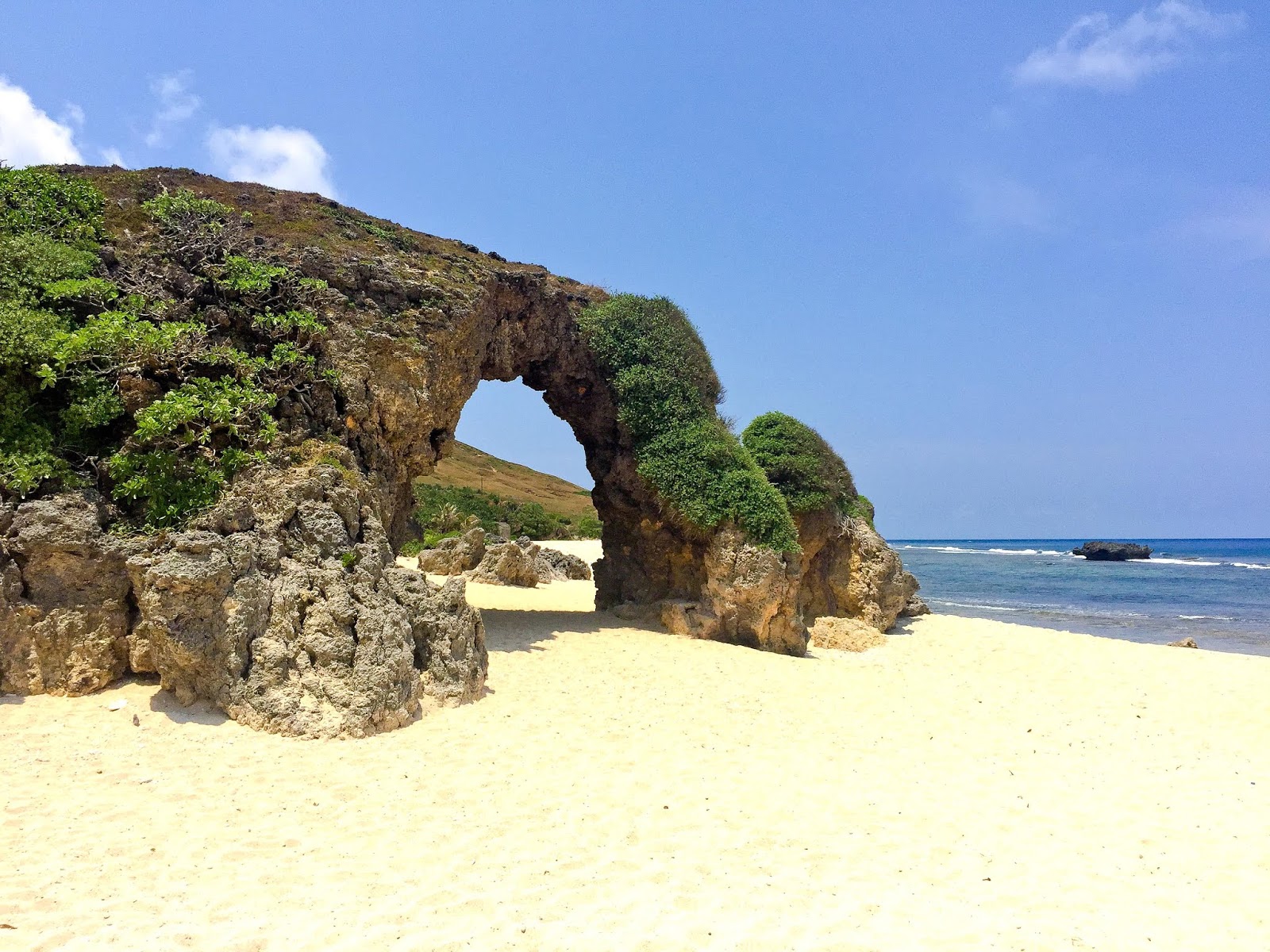 We can actually swim in this beach if we had enough time or if we are staying in the island for a night. Tito Rusty (one of our companions) though, made a quick dip after lunch just to freshen up a bit. He almost suffered from a heat stroke on our way to Chamantad.

We rested a bit and made a quick stroll by the beach. We didn't stayed for long as the heat of the noon sun is unbearable. We then went back to the van and drove off to the port. 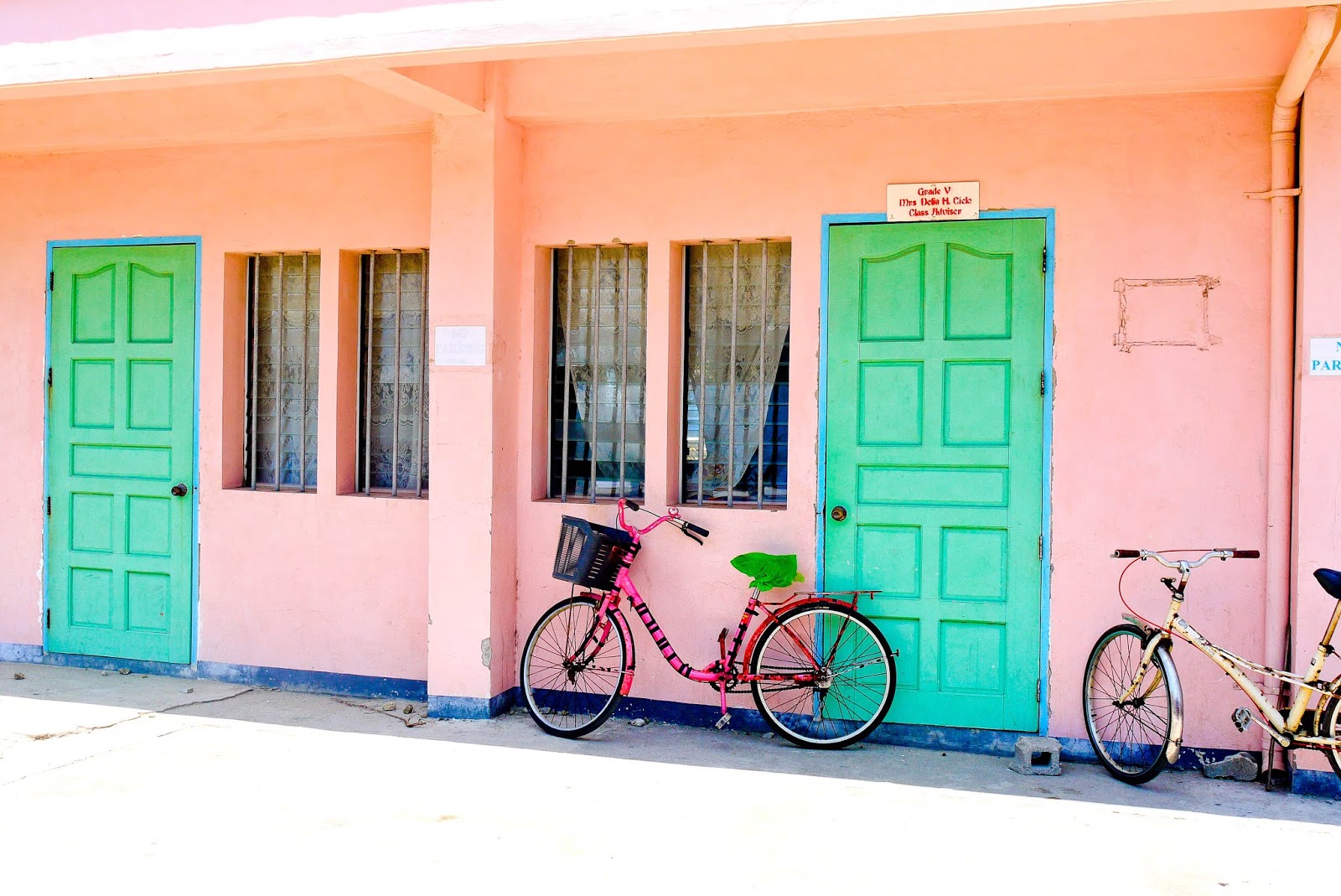 Back at the port, we waited a bit before they let us board. At that moment, I was becoming uneasy and grumpy and really wanted to have a very cold drink. Good thing there was a store nearby but the bad news is that they do not have a bottled water available so we had to settle for a cold soda. 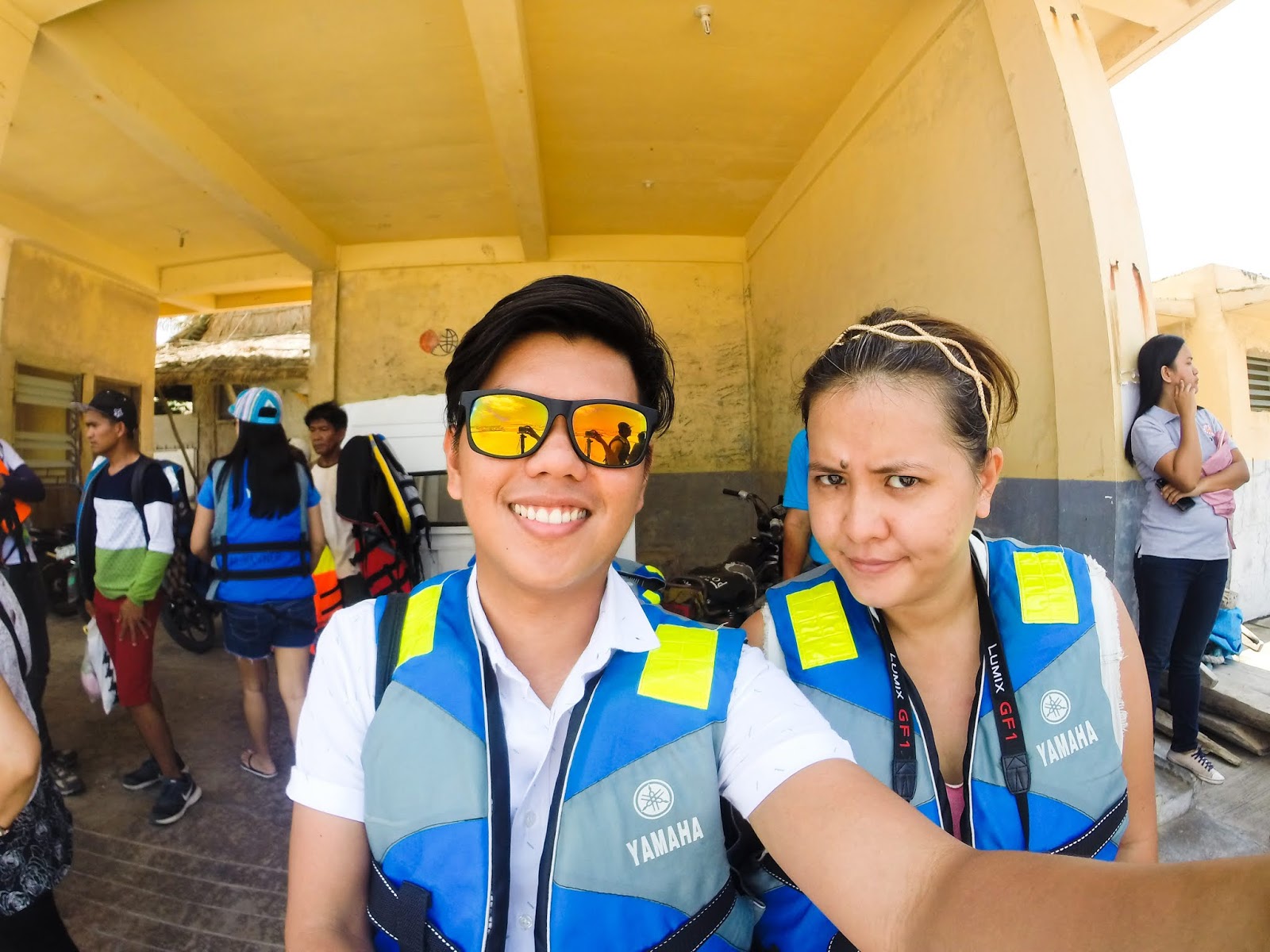 Finally they called us for boarding. I took the seat nearest the window so I can get nice views on our way back. We were so delighted to see some flying fish as we approach the port.

Back at the hotel, we spend the entire afternoon resting in our bedroom as we prepared for our anniversary dinner date at the light house. Yikee.
Labels: Batanes Batanes Churches Batanes Tourist Attractions Sabtang Island Sabtang Weavers Association