How We "Almost" Got Scammed in Bali

Finding a money changer in Bali is so easy. For every few meters you can find one especially in touristy areas. But beware of scammers trying to lure you with high exchange rates.

We had an "almost" unfortunate experience when we were in Kuta while looking to exchange a few dollars.

Relax. The devil did not succeed. 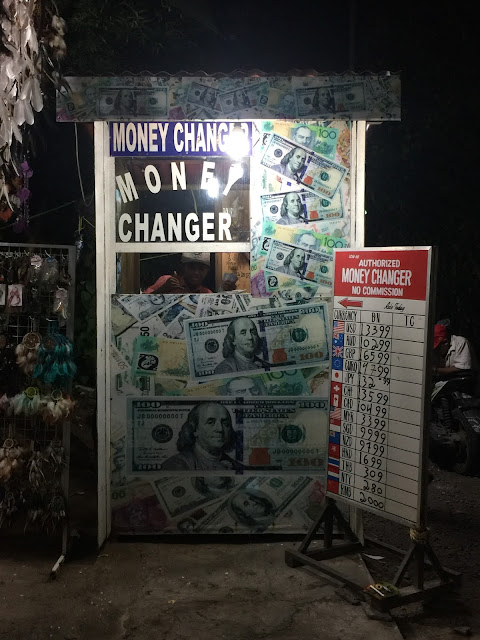 I don't know what got into our minds that among those many air-conditioned money changers in the area that screams "legit", we chose this small booth in a small alley which looks like a boat ticket booth manned by two youngsters with tunnel earrings and belt bags. Their rate was 13,399.

But since we didn't have smaller bills (and lucky that we didn't) we asked them to just give us the exact amount instead or have them exchanged somewhere else if they really don't have them on hand.

So he counted them again and it totaled to the right amount and handed it to my cousin. When my cousin started counting, it's just 800,000+. The younger boy kept on insisting that we were counting so fast and that we were only confused because of the many zeroes. But we were all so sure that the money we got is short of 500,000.

He did the counting again in the same manner and just the same, he wouldn't let us touch the money after every 500,000 that he counts even if I insisted to pick up the counted rupiahs. I was already losing my temper because we were there for more than 5 minutes which is very unusual. Like hello? How long does it take to exchange a $100 bill?

And then we witnessed the magic trick happening in front of our eyes. When he recounts all the money he pulls the 2nd bunch of 500,000 and drops it under the table. It was so fast that you won't notice it if you are not paying much attention. That's the reason why the total is 500k short whenever it's our turn to count. He repeated it the 3rd time and it got so obvious that I started threatening them that I will call the police.

That's the time they returned the $100 bill. Good thing though that the 4 of us were alert enough to realize what was happening.

Before we left, I took a photo of the "magician" and he even happily obliged to smile for the cam. What an ass!

We double checked if it's the same dollar that my cousin handed to them and then we walked away.

I was so angry that I want to shoot them in the face or throw a grenade on their booth. Haha! But at least we had something to laugh about that night.

I wonder how many people have been scammed by them. As I type this, I started googling about this modus and was surprised that it has been happening for ages and I just failed to search about them before our trip.

We were still lucky that we didn't lose money but wasted our precious minutes dealing with those motherf*ckers.