I was indeed very lucky last Sunday after being reunited with my lost camera bag at the Hong Kong MTR. 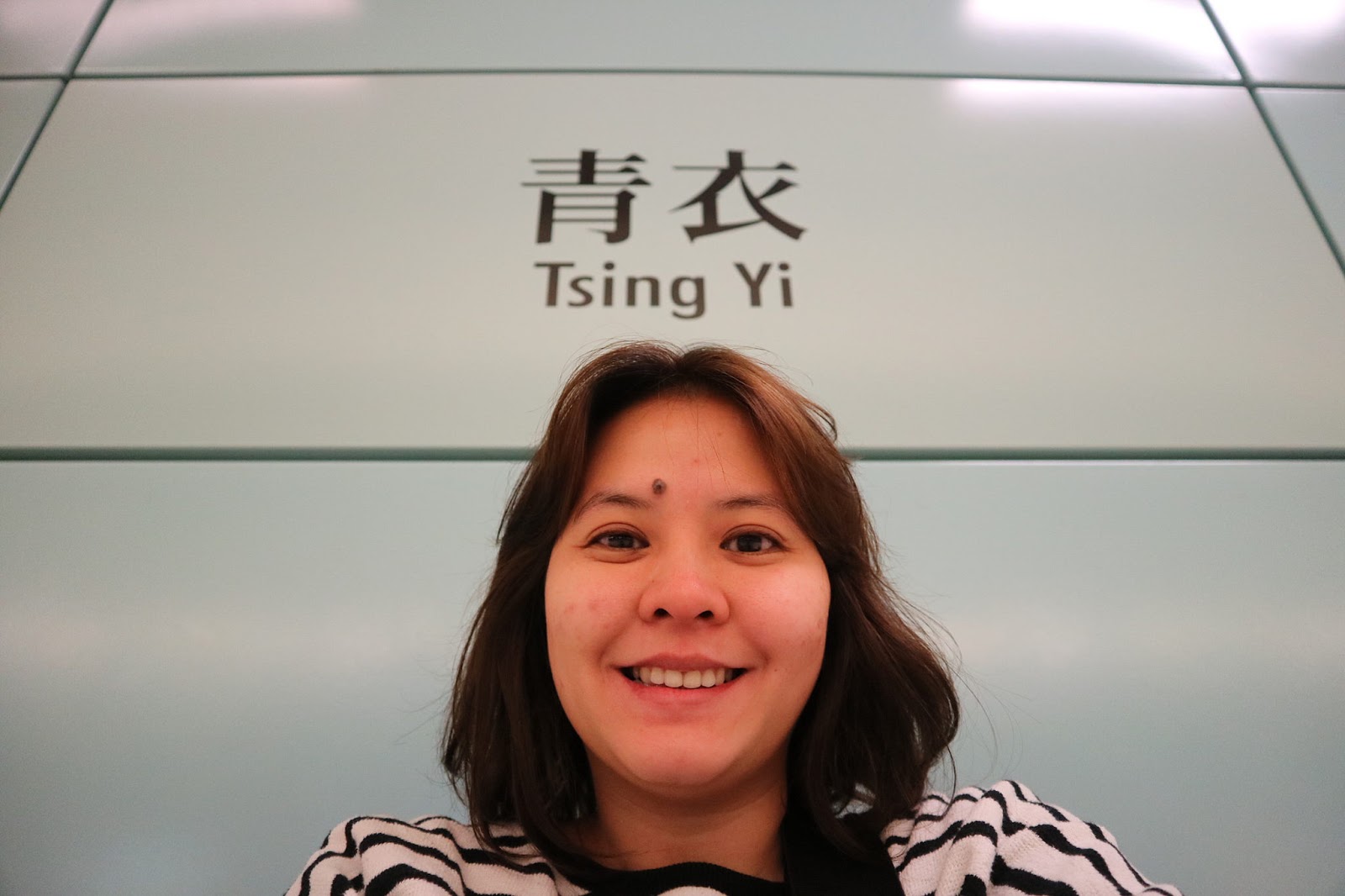 It was around 4 in the afternoon. We just came from City Gate Outlet Mall in Tung Chung and just alighted the train at the Sunny Bay Station on our way to Disneyland. It's only after a few minutes when I realized that I wasn't carrying my camera bag. "Shit! Naiwan ko yung mga camera ko!"

I left my camera bag inside the train! It felt like the 13 degree temp instantly dropped to 1.

That bag contains my 2 cameras. One was my 4 year old Panasonic Lumix GF1 and one week old Canon M3. Of course I panicked. Who wouldn't?

My first instinct was to take the next train but then I have no idea what to do next. So I stayed calm. (I tried to, but was already getting teary-eyed). I was trying to recall if I really left the bag in my seat but at the back of my head, I was secretly hoping I brought it with me and just dropped it in the station elevator and that I could easily come back for it.

With the help of my husband, Dell, I approached a staff who unfortunately has difficulty speaking in English. His face was just blank while I was repeatedly explaining what just happened. I don't know if he understood me. He called someone from his radio and we saw a lady staff headed to our direction. She can speak in English. Thank God!

With my voice shaking, I explained to her what happened. She was so calm and asked me to describe my bag, its contents, which direction was the train heading to and which particular car I left it.

Thanks to my photographic memory, even if I don't know which car we were in, I remembered exactly which part of the train station we alighted. So I pointed it out to her.

I started crying as the lady staff radioed the next station (Tsing Yi). Dell was trying to calm me and tells me to prepare for the worst. 50k pesos and hundreds of photos all gone? It's just so heartbreaking.

She then told me to wait a moment as the train hasn't arrived to Tsing Yi yet. I haven't noticed if another train has already passed so I'm not sure if that train where I left my bag was the one she was referring to.

Those few minutes felt like hours while waiting for a response from Tsing Yi. I was thinking of all the possible scenarios that could happen but at the same time, I was worried that our Disneyland tickets might be put to waste.

I asked Dell to go with them and just leave me at the station. I know he's not worried because I've been to Hong Kong many times and I know my way around the MTR. But being a husband, I know he wanted to stay with me.

Soon the lady came to us again, this time in a very positive aura. She was smiling, signaling us to wait as she was speaking over the radio in Cantonese.

And finally she told me that they found a black bag without giving any more details and asked me to take the next train to Tsing Yi to check if that is mine.

She also asked for my name so she can give it to the next station so they will know I'm the one coming to claim the bag. I told my husband not to accompany me anymore and that I'll just meet them inside Disneyland.

I didn't want to celebrate yet but we thanked Cindy (the lady staff) for her great help. That's the only time we got to know her name. She asked me to hurry up since the next train to Tsing Yi was arriving in 2 minutes. So I crossed the bridge as fast as I could to get to the other platform in time.

It was a mix of joy and anxious tears during the 5 minute train ride to Tsing Yi. Upon arriving at the station, there was no staff in sight. And so I proceeded to the customer service counter at the concourse level. I introduced myself and told the man at the counter about a lost bag. He responded smiling with "You are very lucky! A passenger got it and brought it here".

I got relieved a bit but I have yet to confirm if it's really my bag. He then directed me to go to the station control room. I called through the intercom and the staff instructed me to go inside the staff door. Yes, that steal door you normally see in train stations that bear the sign "Authorized Personnel Only".

I went inside the control room and there was my bag patiently waiting for me. We got reunited after 40 minutes! I was asked to take my seat and to provide any ID or passport. He needed it for the incident report. I also gave him my contact details. 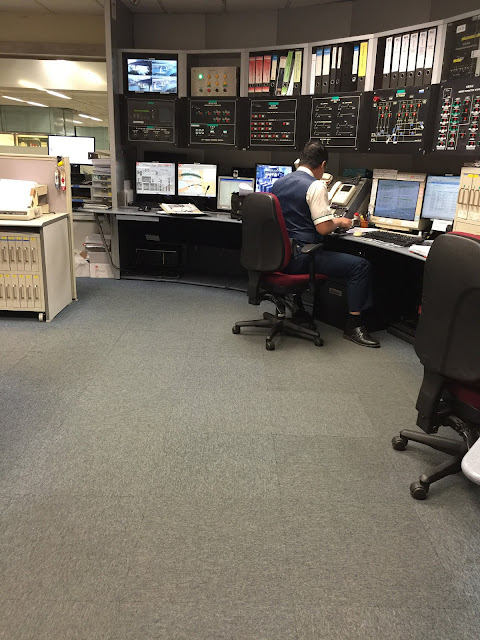 
And after signing the release from, he gave me my bag. I wanted to hug him and take a selfie with him but he looked so "sungit" so I just thanked him instead and left the room. 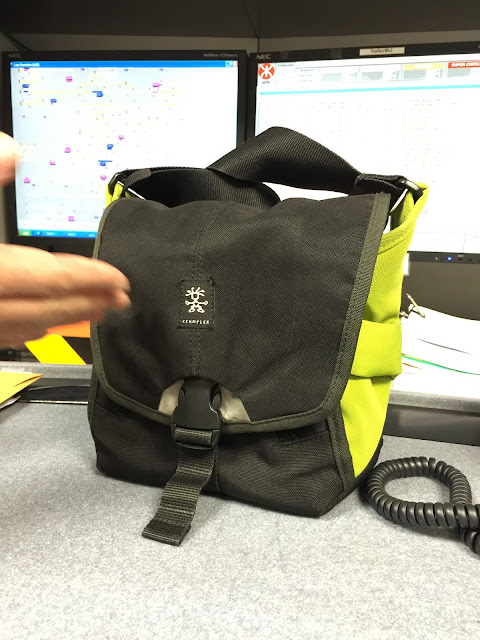 Once I got back at Sunny Bay, I looked for Cindy but she wasn't at the platform anymore. So I made my way to Disneyland to meet my family.

It was already past 5 in the afternoon while I was walking towards the park entrance. At that point, I was still shaking a bit thinking of what it would be like if I didn't retrieve my bag. I was actually thinking of just selling my park ticket and return the money to my mom-in-law who paid for it. (I have been to Disney thrice anyway)

But thankfully, I regained my energy after seeing my husband anxiously waiting for me. I shared to him how I got amused to have the chance to enter the control room and showed him the photos I secretly took while I was inside.

I may not have seen the places I am planning to visit, or try all the things in my to-do-list in this trip, I still felt lucky that I was able to get back my 2 precious cameras.

To that good samaritan who found my bag and took the effort to take it to the train station, may you be blessed a thousandfold.


PS after reviewing the incident report photo, I just found out that I also have some bills and coins in the pocket. Haha! 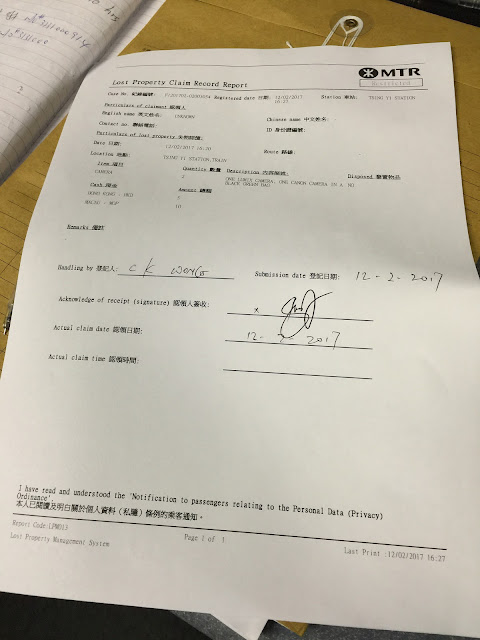