Remembering that Curfew in Mandalay, Myanmar

I started typing this on my phone while we were on the bus waiting to enter the city of Mandalay and totally forgot about it. Just found this on my phone notes so I'm publishing it now, 3 and a half years after our Myanmar trip.

We left the New Bus Terminal in Bagan at 9:54PM, more than 20 minutes behind schedule. Earlier in the terminal, we met and spoke with the bus owner who resides in Mandalay and learned that he was also traveling with us. Unlike the JJ Express bus which we took from Yangon to Bagan, Shan Minn Tu has 4 seats per row, not the lazy boy type, 2 seats on each side but still enough leg room compared to ordinary buses. 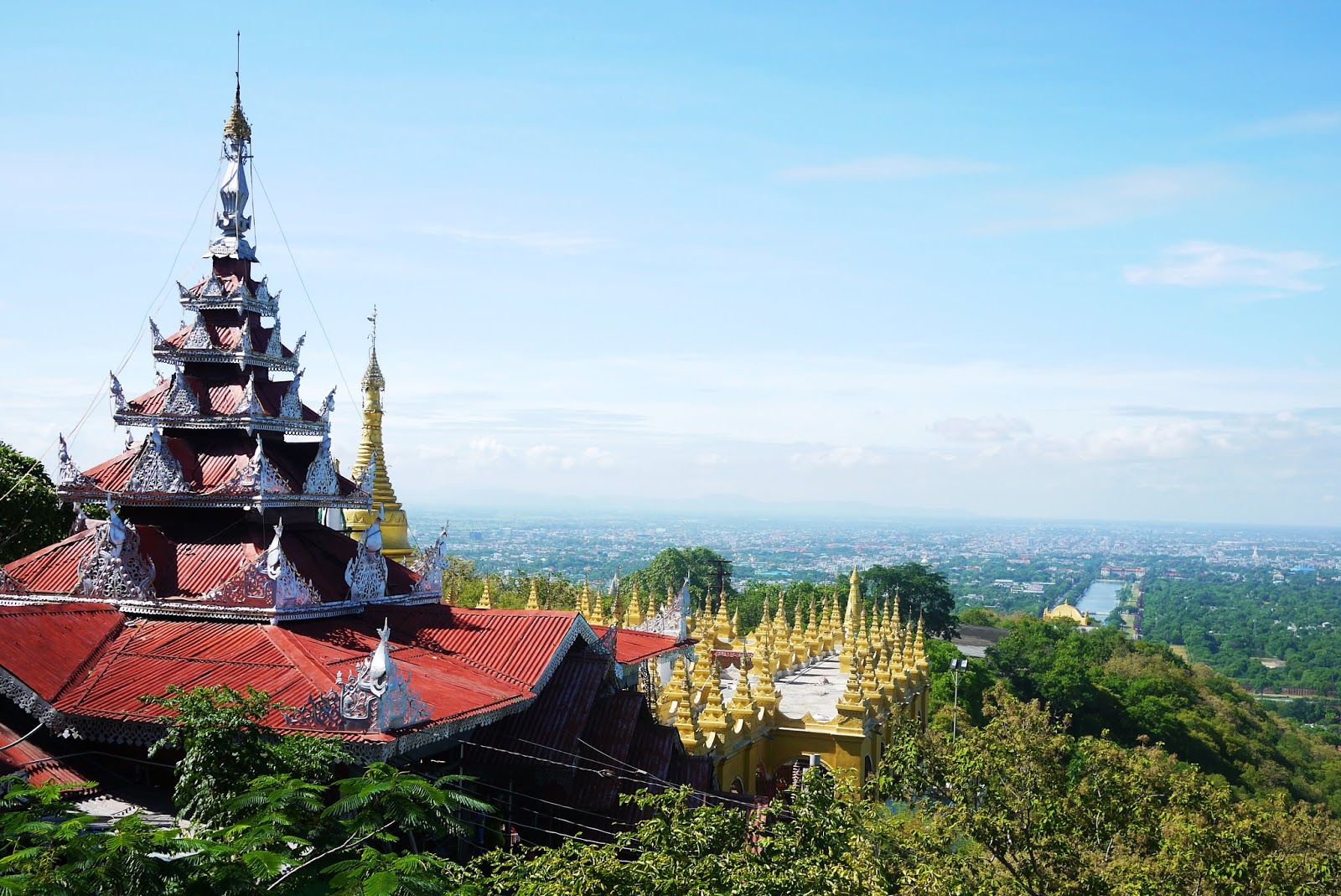 We were driving smoothly for the first few hours and I had fallen asleep despite the annoying sound coming from the music videos being played on the bus. I woke up when I felt the bus suddenly went to a halt. Then we pulled over the side of a dark highway. No restaurants or gasoline stations in sight. I checked the time, it was only 1am. The driver turned off the engine and some passengers started going down so I thought it was just a pee break.

I closed my eyes again but only to find out after a few minutes that we haven't moved a single inch. Bus engine is still off... 30mins...1 hour... 1.5... We, foreigners started wonderng when after 2 hours, we still haven't left. My friend B already lost her temper and started yelling "does anybody know why we were stopping so long?". A Vietnamese girl whom we mistaken as a Singaporean answered, "that's what we have to figure out" and went down the bus. My friend followed her and from my seat I can hear them discussing with the bus owner. Our bus at the Bagan terminal

The bus owner explained that it was due to a curfew ordinance that's why we weren't allowed to enter Mandalay before 5am. I remembered when we bought the tickets, we were informed that the arrival in Mandalay was 5am. I didn't bother asking the ticketing staff why even if I knew of some people arriving in Mandalay as early as 3am with the same departure time. Nobody mentioned about the curfew.

The locals seemed unsurprised with the situation and remained on their seats while my friend and the other foreign travelers were still outside the bus waiting for a decent explanation of what was really going on. We were a bit unconvinced since all the vehicles passing by didn't stop. The owner explained to them that the other vehicles are stopping elsewhere also waiting for the toll gates to open and that we were only 10 miles away from our destination.

By 3:36am we started moving again. After 20 minutes, we stopped again, this time, our bus lined up with all the other vehicles we saw earlier.

I took a photo of the passengers from the other buses, who were wandering outside waiting for the gates to open. So we're starting to believe that this was normal. But since when was it implemented? Nobody explained the reason behind the curfew. 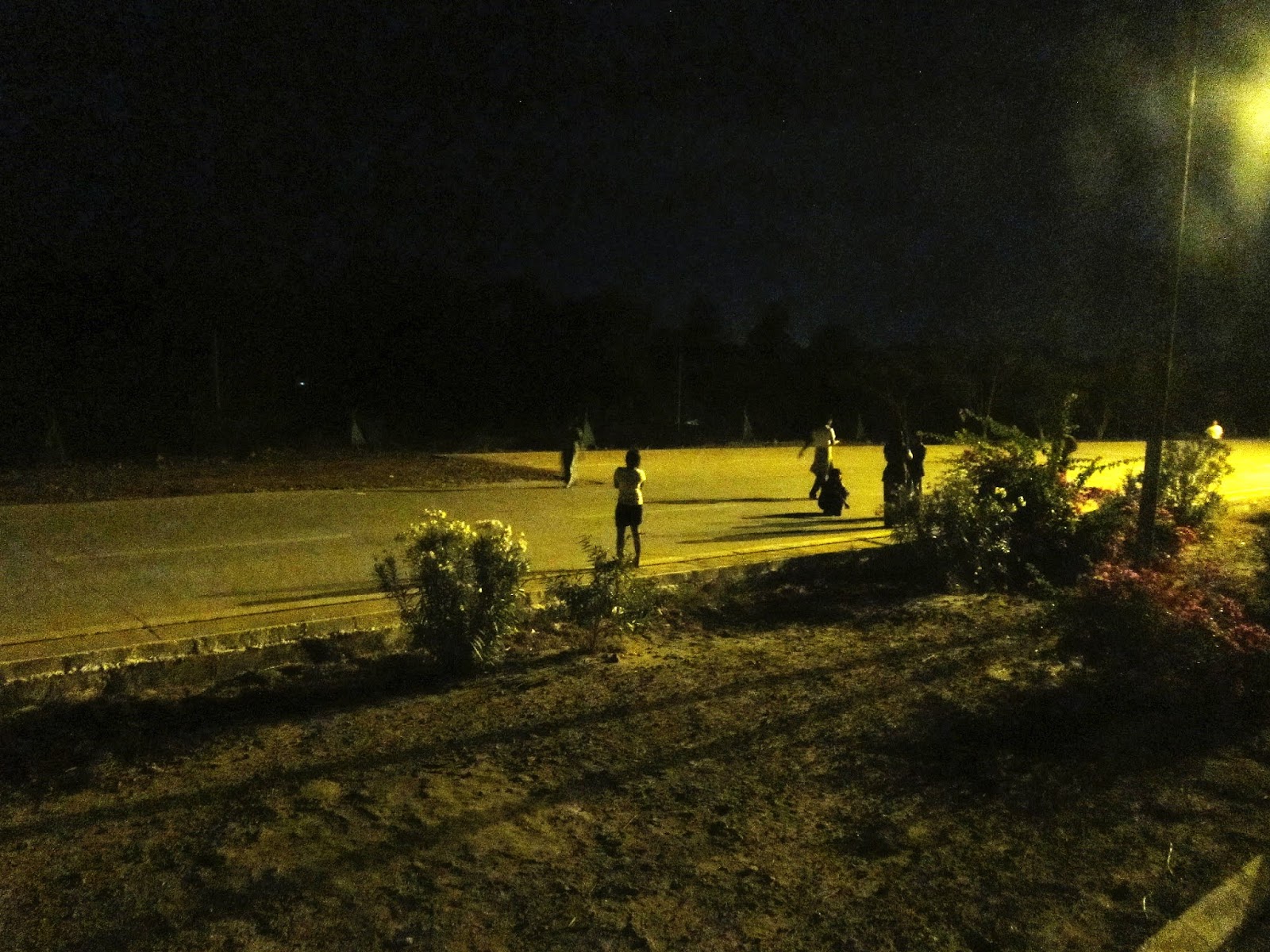 True enough, the vehicles started moving 15 minutes before 5. And by 4:54am, we officially entered Mandalay. 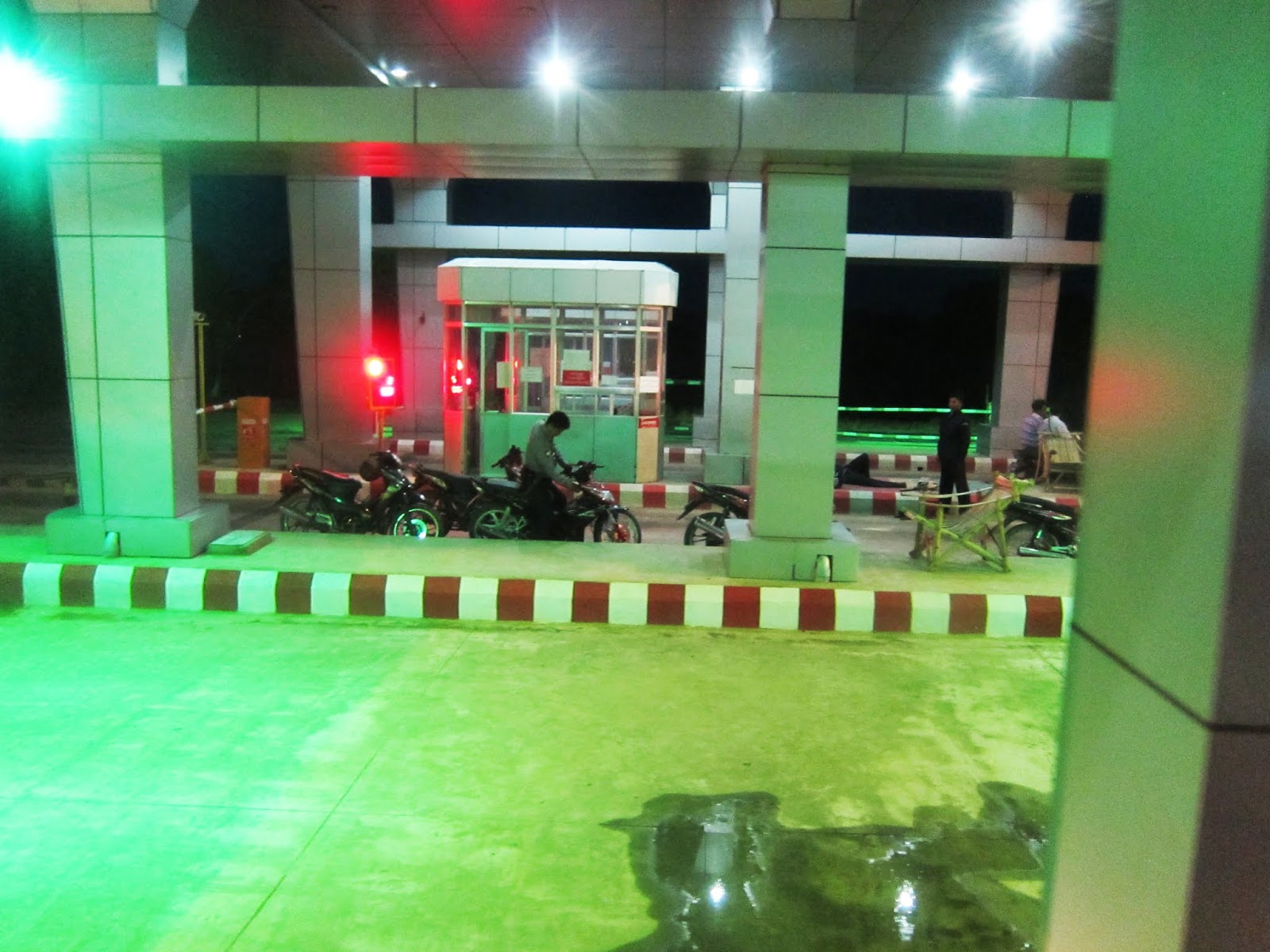 That same day, during our city tour, we cannot help but ask our driver/guide Mr. Tao about the curfew. He confirmed to us that there was indeed a curfew imposed from 9PM-5AM. According to him it has been going on for a week due to a clash between a group of Buddhists and Muslims. Mr. Tao mentioned about a Buddhist girl being raped, and a Muslim man beheaded but we didn't fully understand the story. 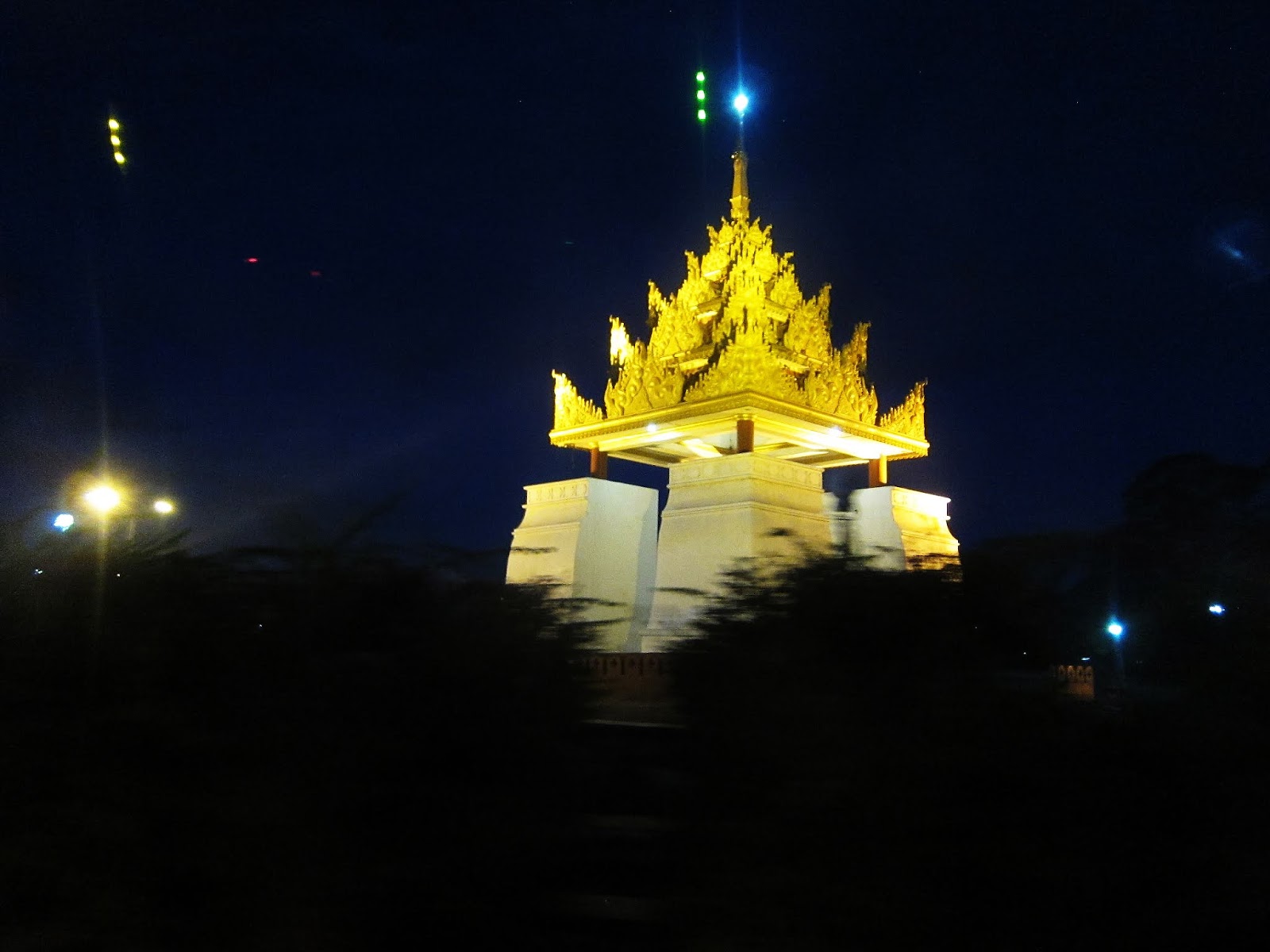 That evening, after our tour, we asked Mr. Tao to take us to a restaurant so we can have our dinner. He dropped us to one nearest our hotel. It was just 2 blocks away. He was so worried and reminded us before leaving that we have to be back at the hotel before 9PM. He then rushed as he needed to return the car to his boss.

Around 15-20 minutes before the curfew, the restaurant staff already approached us that we need to leave soon. So after finishing off our food, we paid for our meals and literally ran back to our hotel. We were so nervous since every single establishment we passed by were closing their doors and turning off their lights. We were huffing and puffing as we reached the hotel lobby. I can't imagine being arrested let alone in a foreign country. Hahaha.

They were damn serious about the curfew.

Have I phoned my parents and told them about this while we were still in Myanmar, they would definitely be worried so I decided not to.

Here are some of the news I've googled on the net: