A few years ago, I once asked a Burmese student in the school I worked for about traveling to his home country. I sensed in his response that he doesn't encourage me to go there. Myanmar/Burma never makes it in my list whenever I plan to travel within Asia. Their political instability plus the lack of direct flights from Manila or cheap connecting flights made it very unappealing to me.

But one seat sale was all it took to give Myanmar a chance. And so July of this year, the Yogyakarta group's back on the road again. 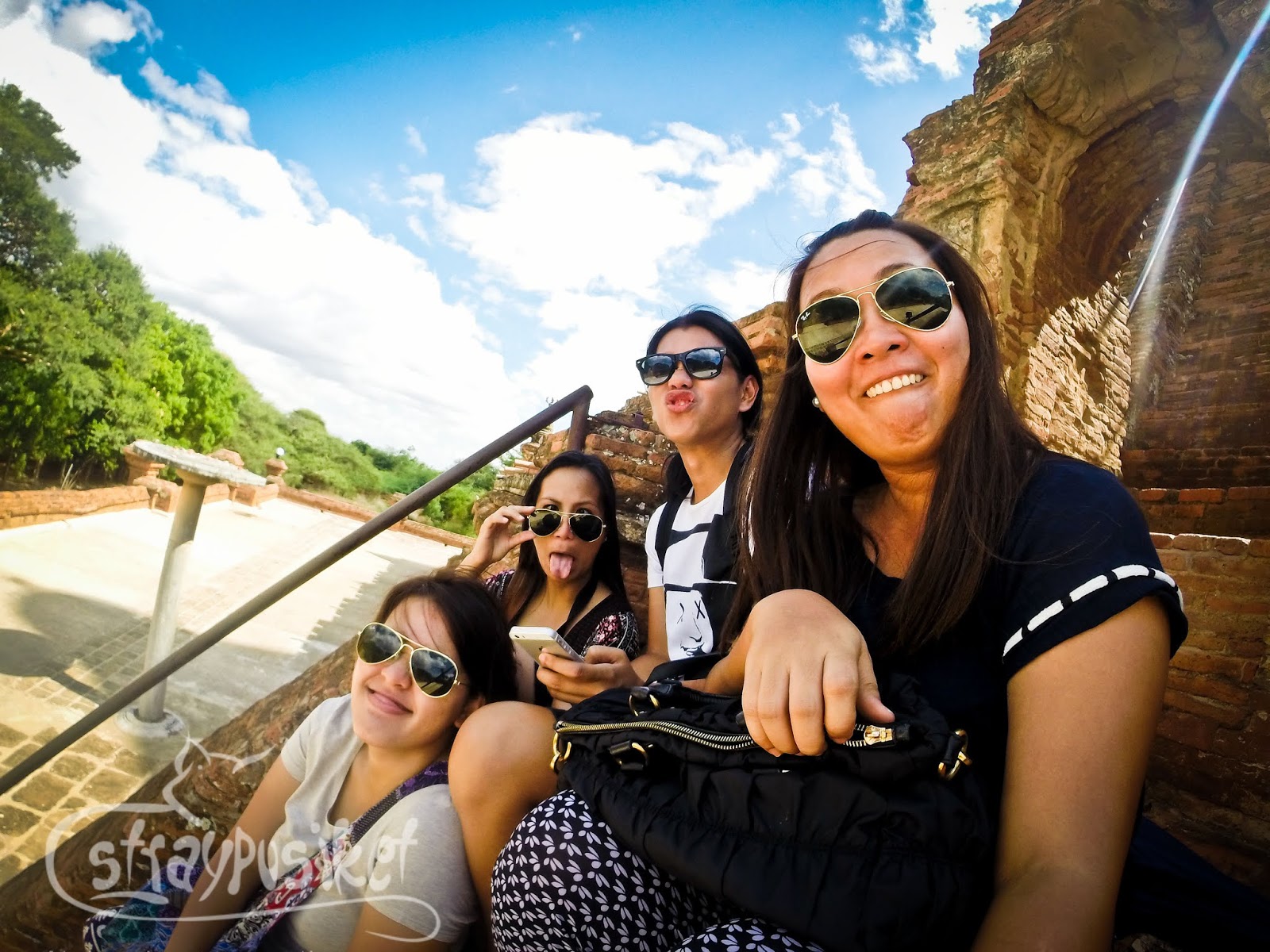 The easiest route we can take to get to Myanmar is through Kuala Lumpur or Bangkok. So here was the itinerary that we just finalized in less than a week before our trip:

Of course, a side trip to Bangkok won't hurt right?

We arrived at KLIA2,  Kuala Lumpur's newest airport terminal, before midnight. Just like what we did during our Indonesia trip, we opted to not book a hotel and just wait for our next flight in the airport. 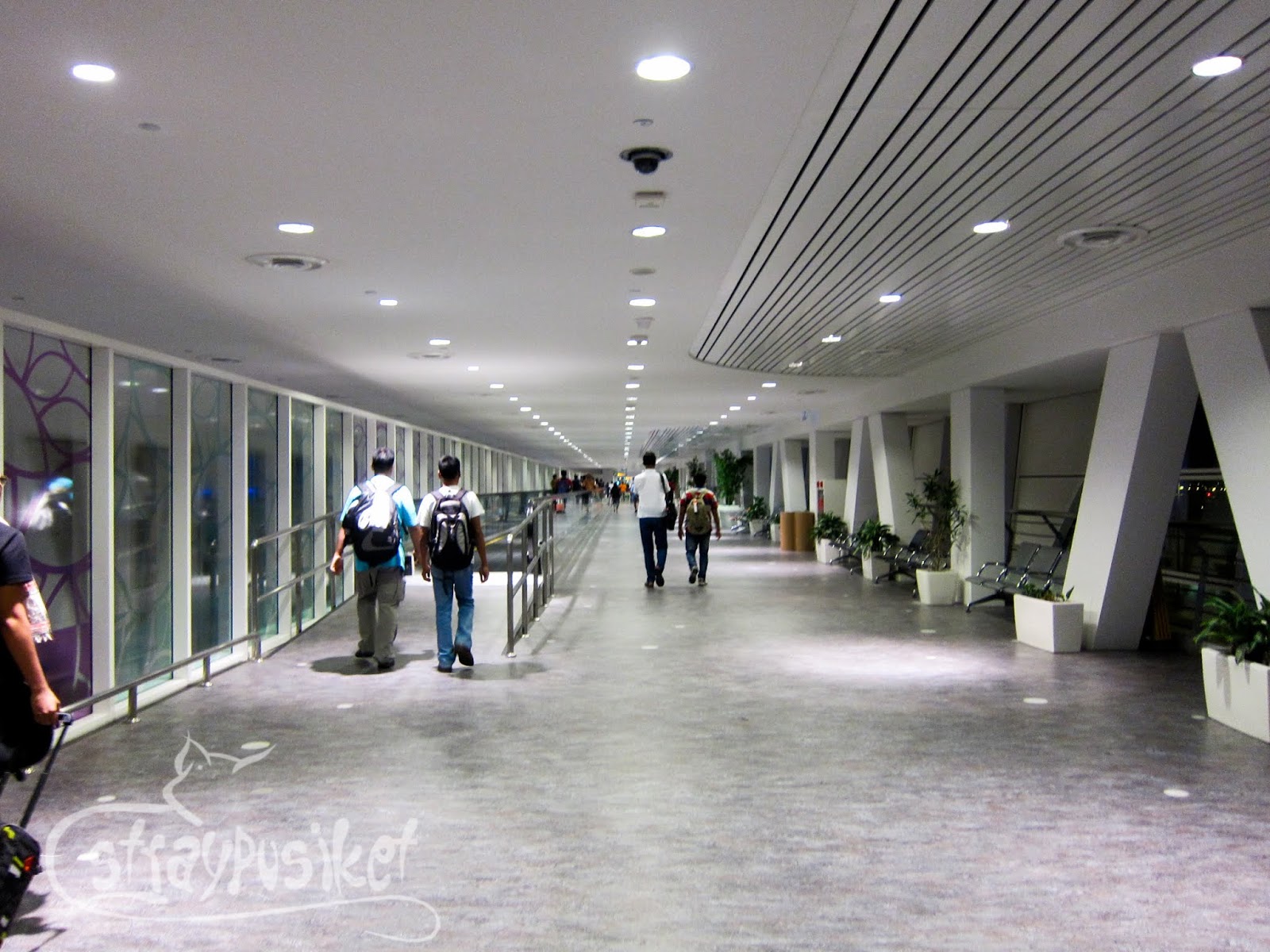 Compared to LCCT, KLIA2 is huge! From the gate, we had to walk for about 10 minutes to reach the immigration. We were not required to fill out arrival cards anymore and just presented our passports to the IO. When asked how many days I will be staying in Malaysia, I told the IO that I will be flying out to Yangon (Yang-gon) in the morning. "Yang-goon?", asked the IO. I nodded. So Yang-gun it is, not Yang-gon. Hehe.

Upon collecting our luggage, we went up to the departure area where we spent the next 5 hours. 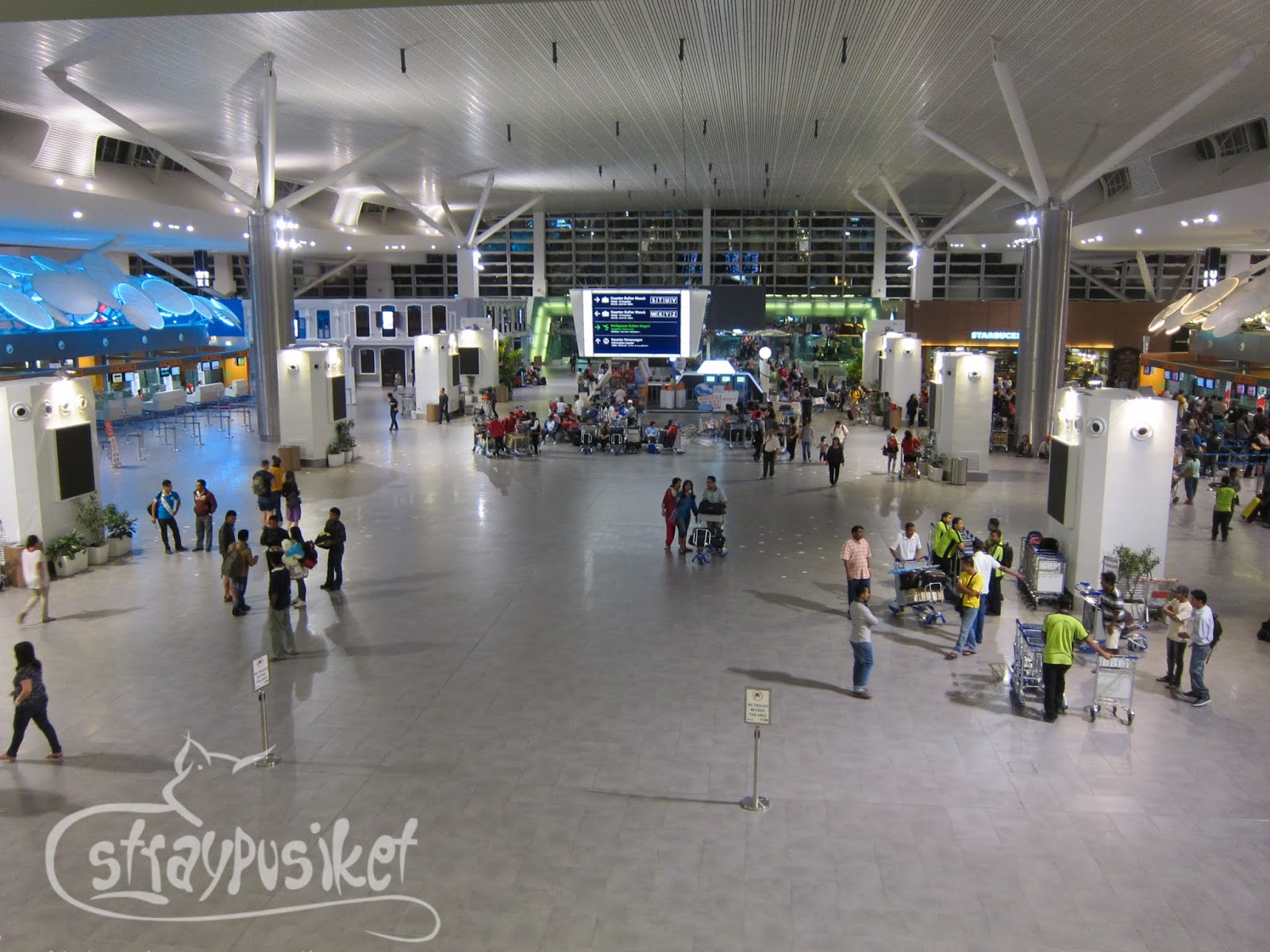 First things first, I looked for a Starbucks store to buy another Malaysia tumbler to replace the one I bought during our trip to Malaysia last April. It had a major crack because it was in our check-in luggage the whole time we were traveling. Probably it was squeezed with the bottles of liquor we bought in Langkawi. The old one is still usable but it is not perfect anymore. So yeah, collector problems. 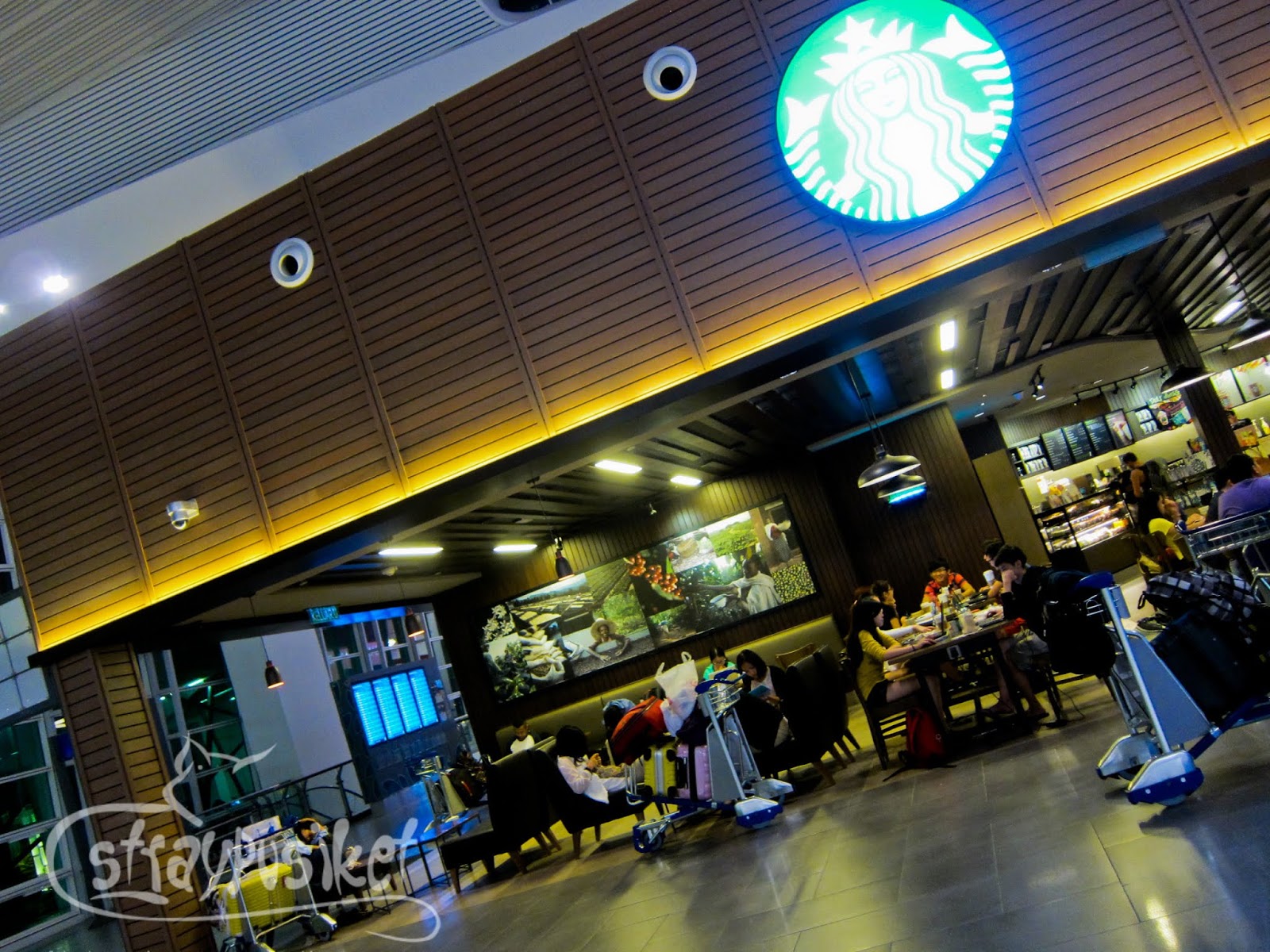 Every passenger had already secured their spot. Some slept in the coffee shops and restaurants while the others slept in the vacant store slots. There was a huge TV screen on the upper floor playing the world cup so I went up to check for a possible spot. We ended up lying down in the grass mat in front of the screen together with other passengers. 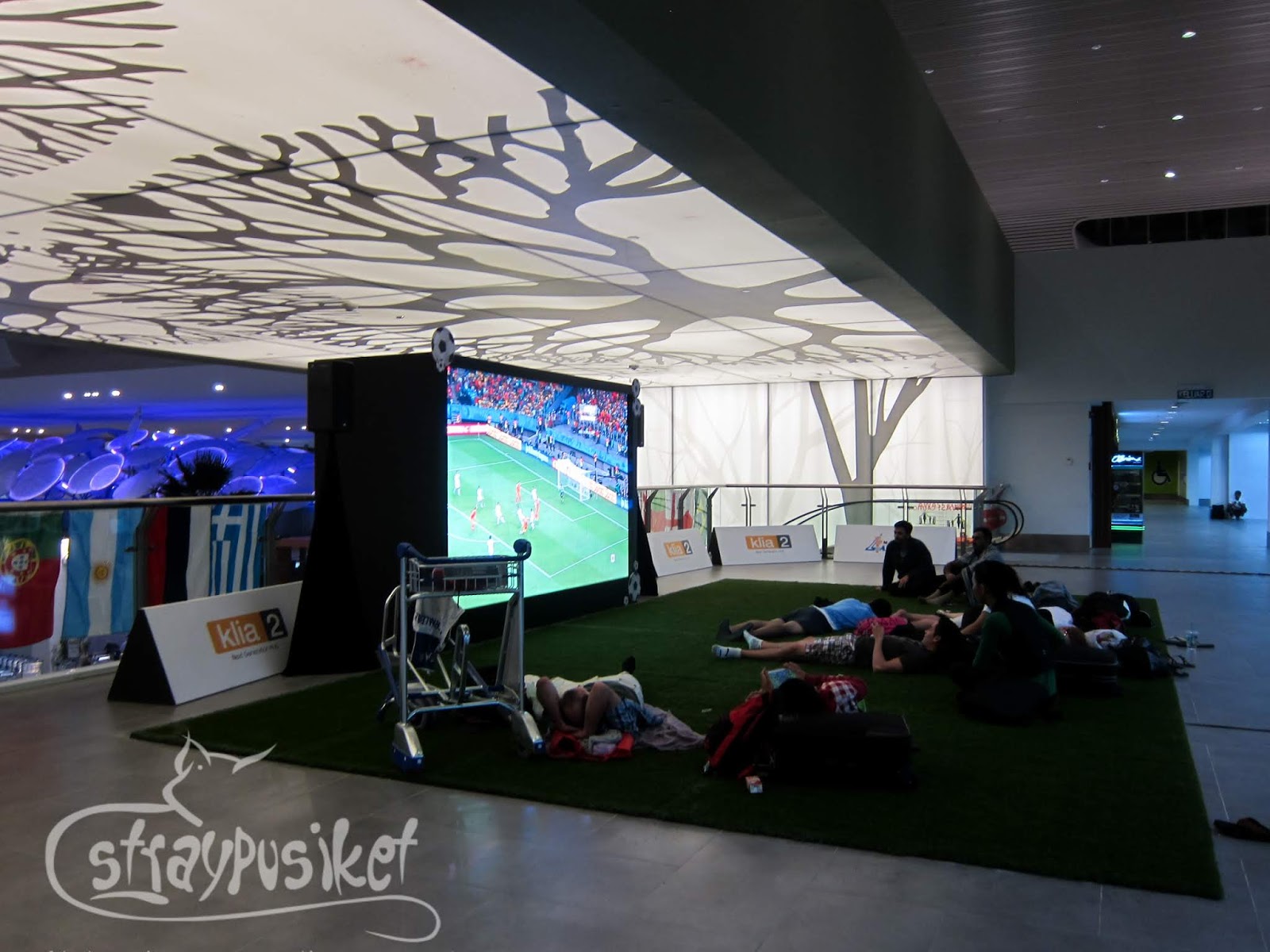 I couldn't sleep so I just watched the replay of the quarter-final game between Netherlands and Costa Rica. 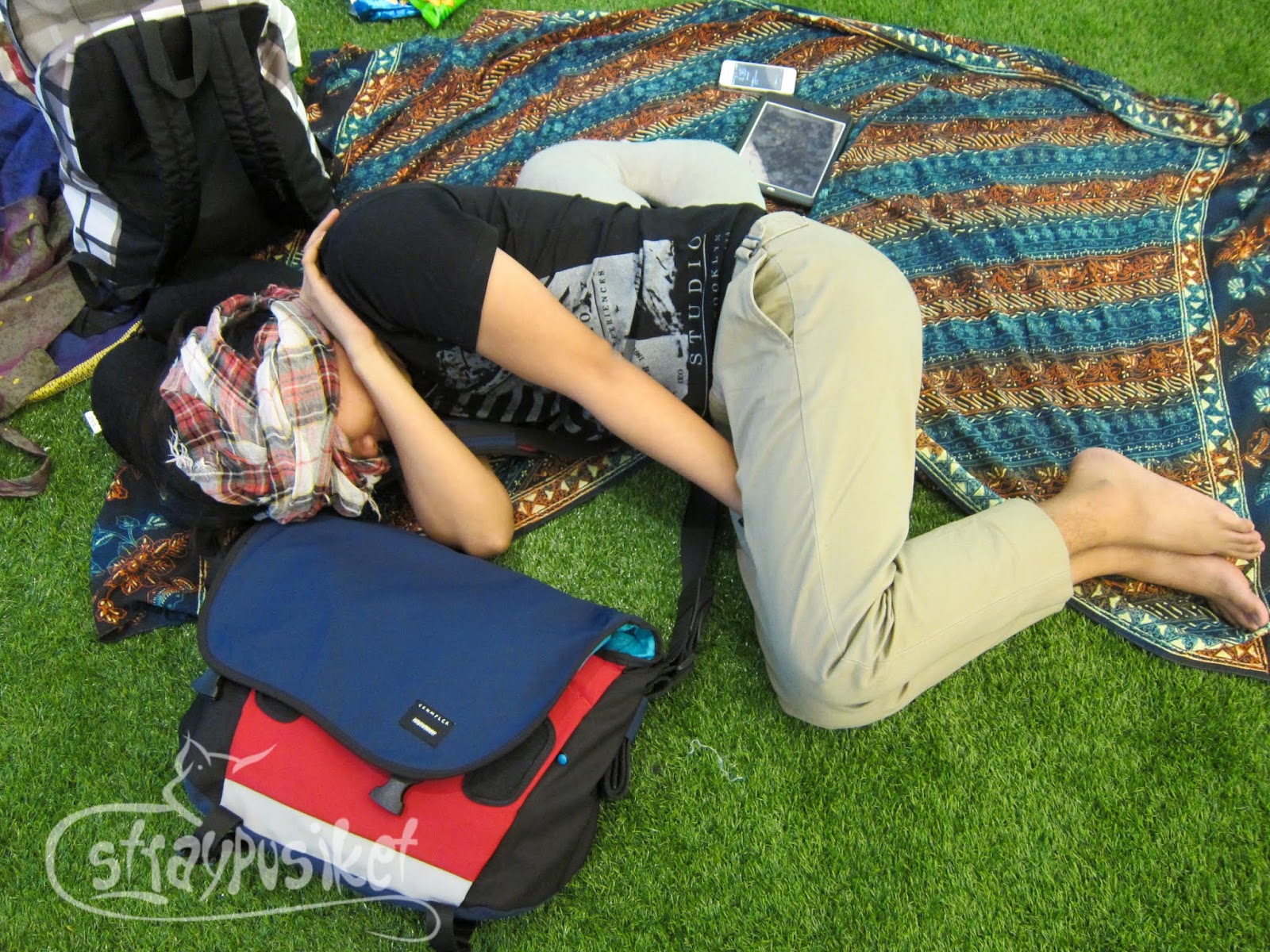 my poor fiancé trying to sleep in the cold fake grass

We set our alarms to 4am so we could have enough time to eat breakfast before our 655am flight. We fell in line as soon as the check-in counters opened then went to Mcdonald's for a quick breakfast. 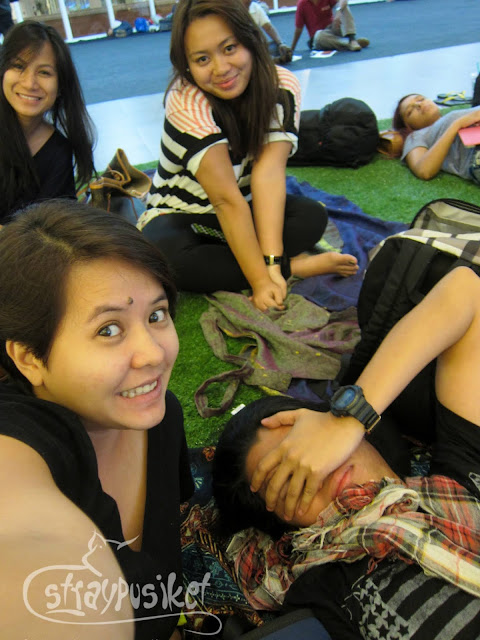 We may have spent too much time chatting that we realized we only had less than an hour before our flight leaves. We were surprised to see long lines at the immigration and worse, they were damn slow. So we begged the IOs at the designated counters for Malaysian passports to accommodate us. Never mind that I was scolded by one of them for being late, at least we got to the plane on time. 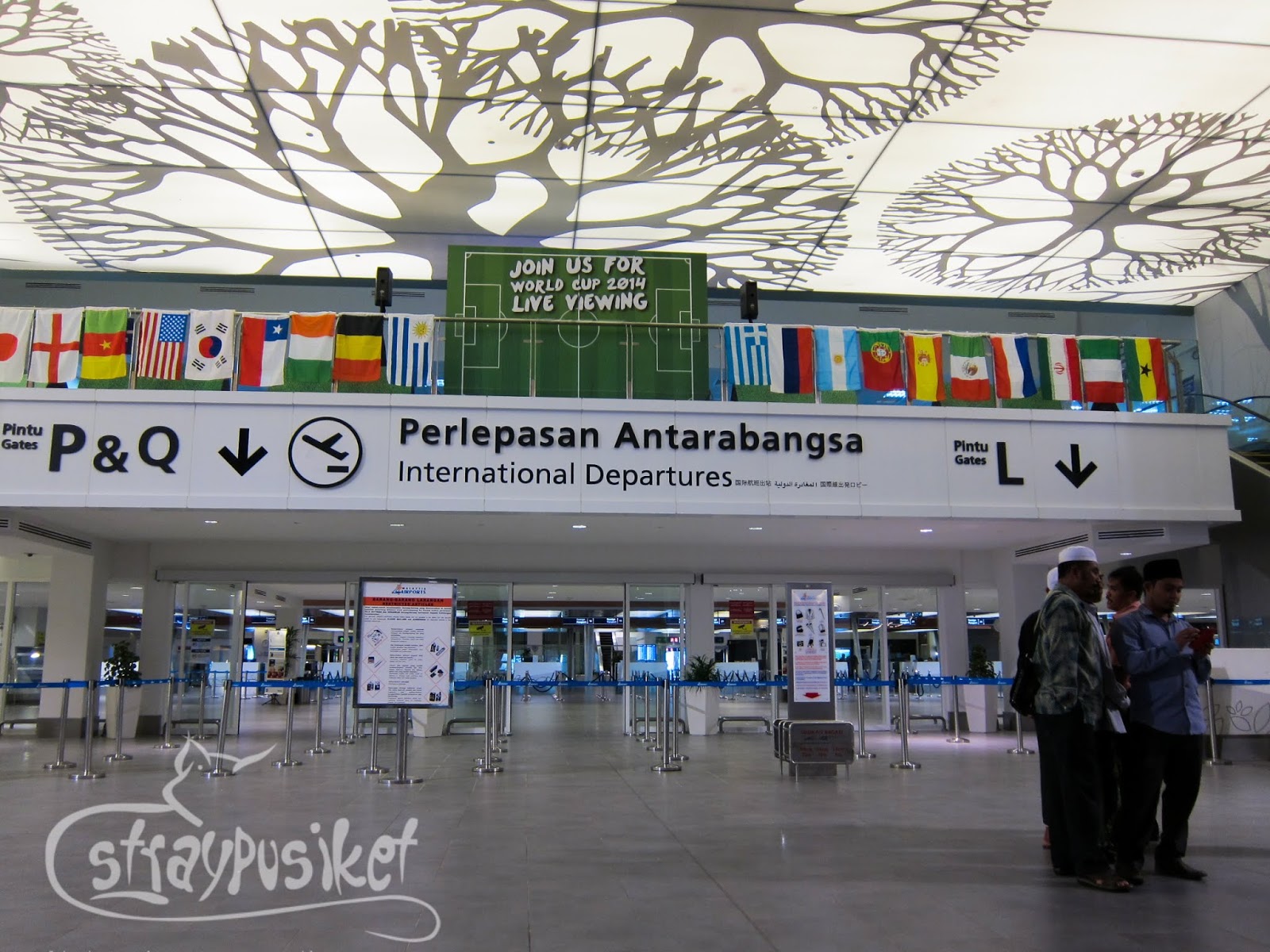 So, this is it, Myanmar!