Right after the show, we asked our tuktuk drivers to take us to Angkor Night Market but instead they brought us to Siem Reap Night Market. Compared to the highly commercialized Angkor Night Market, this one is smaller and has few stalls in it. Nevertheless, we still got some good finds. 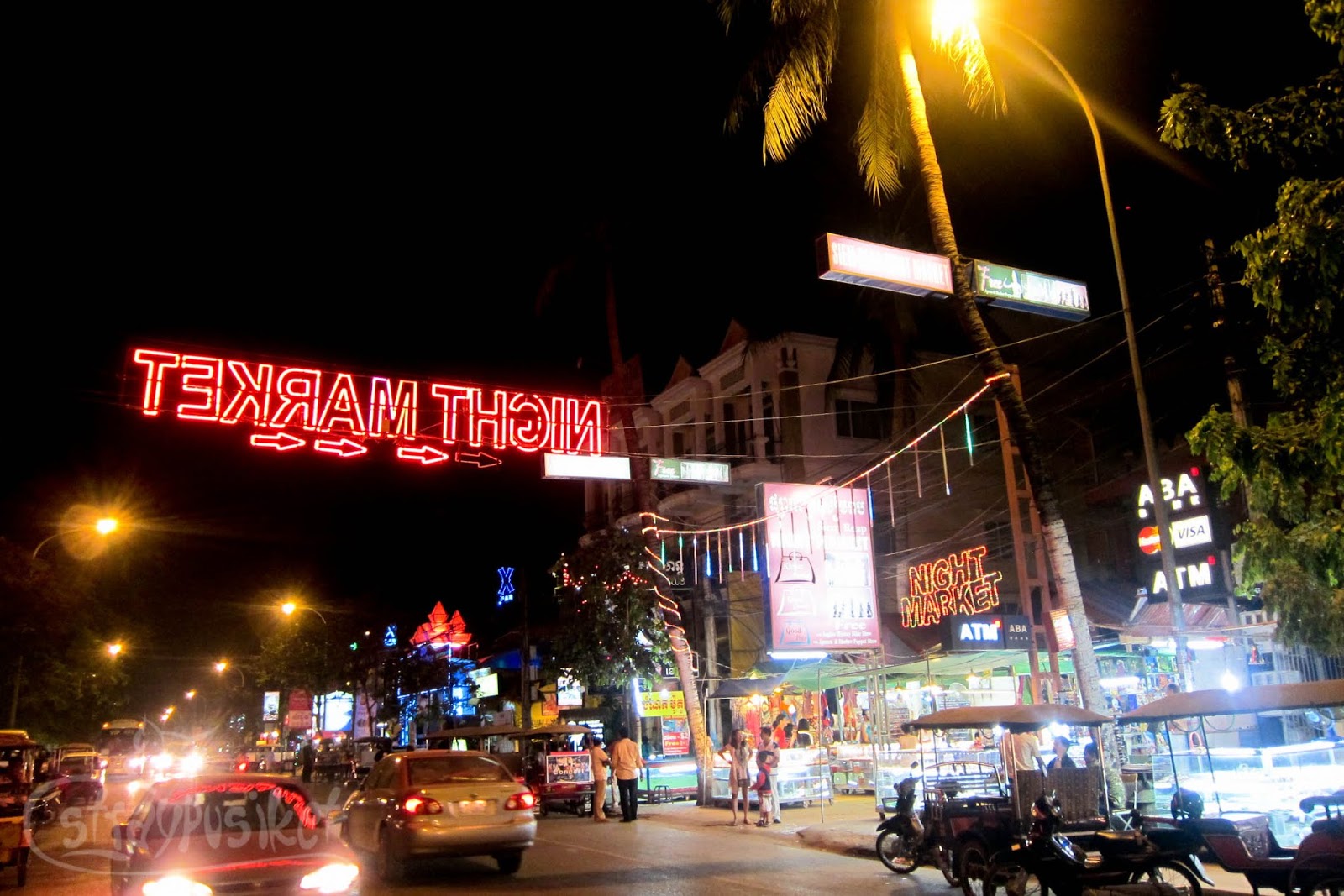 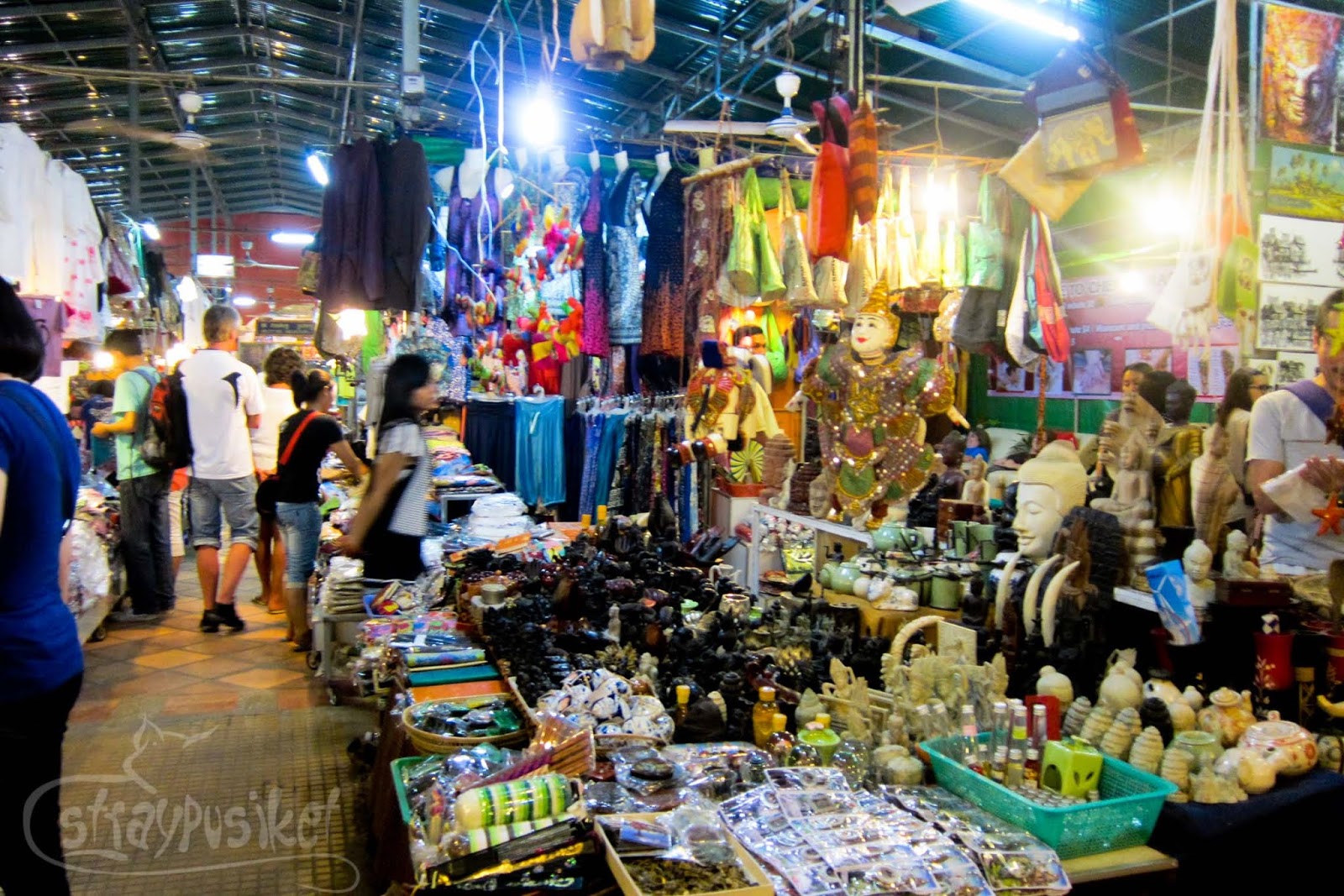 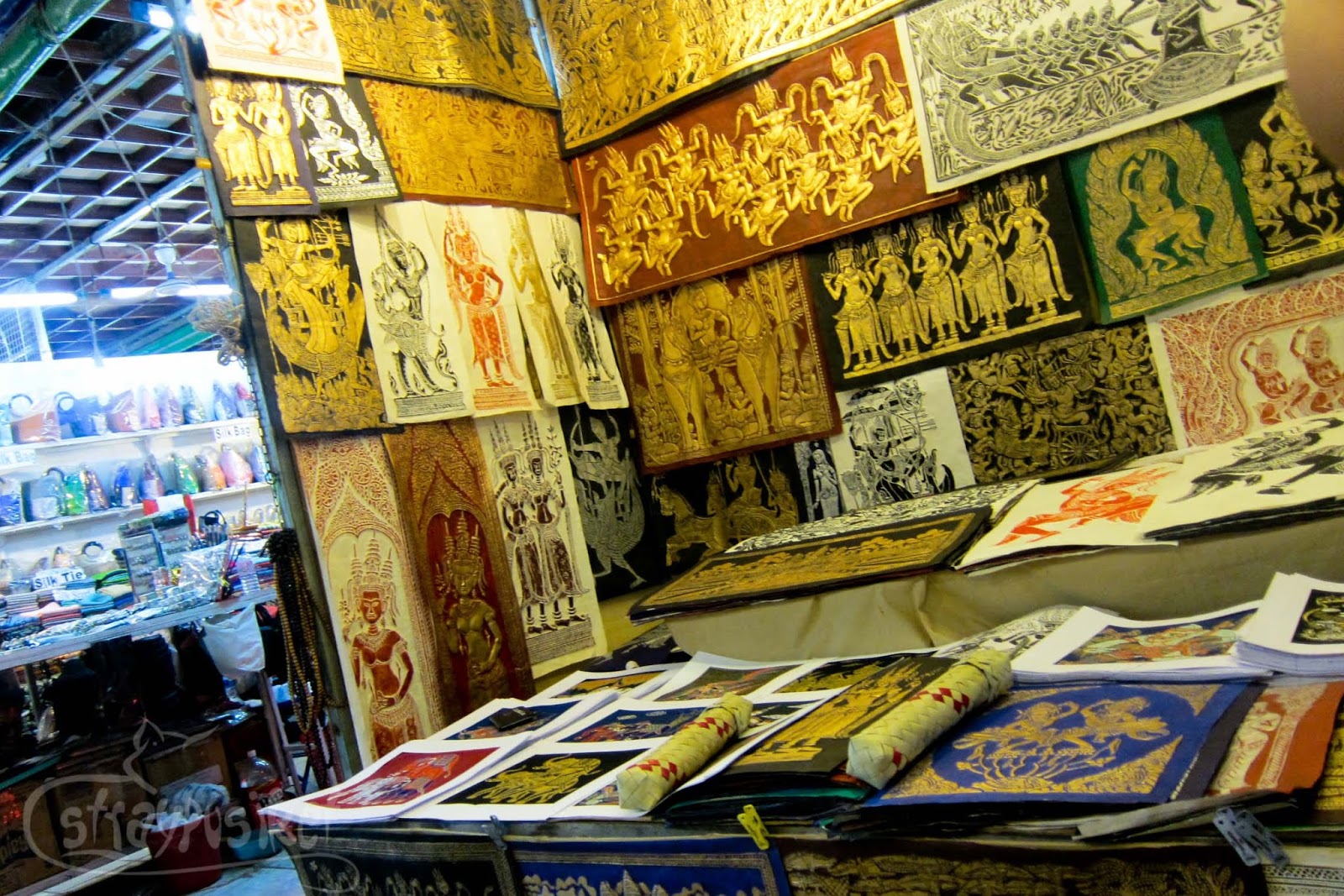 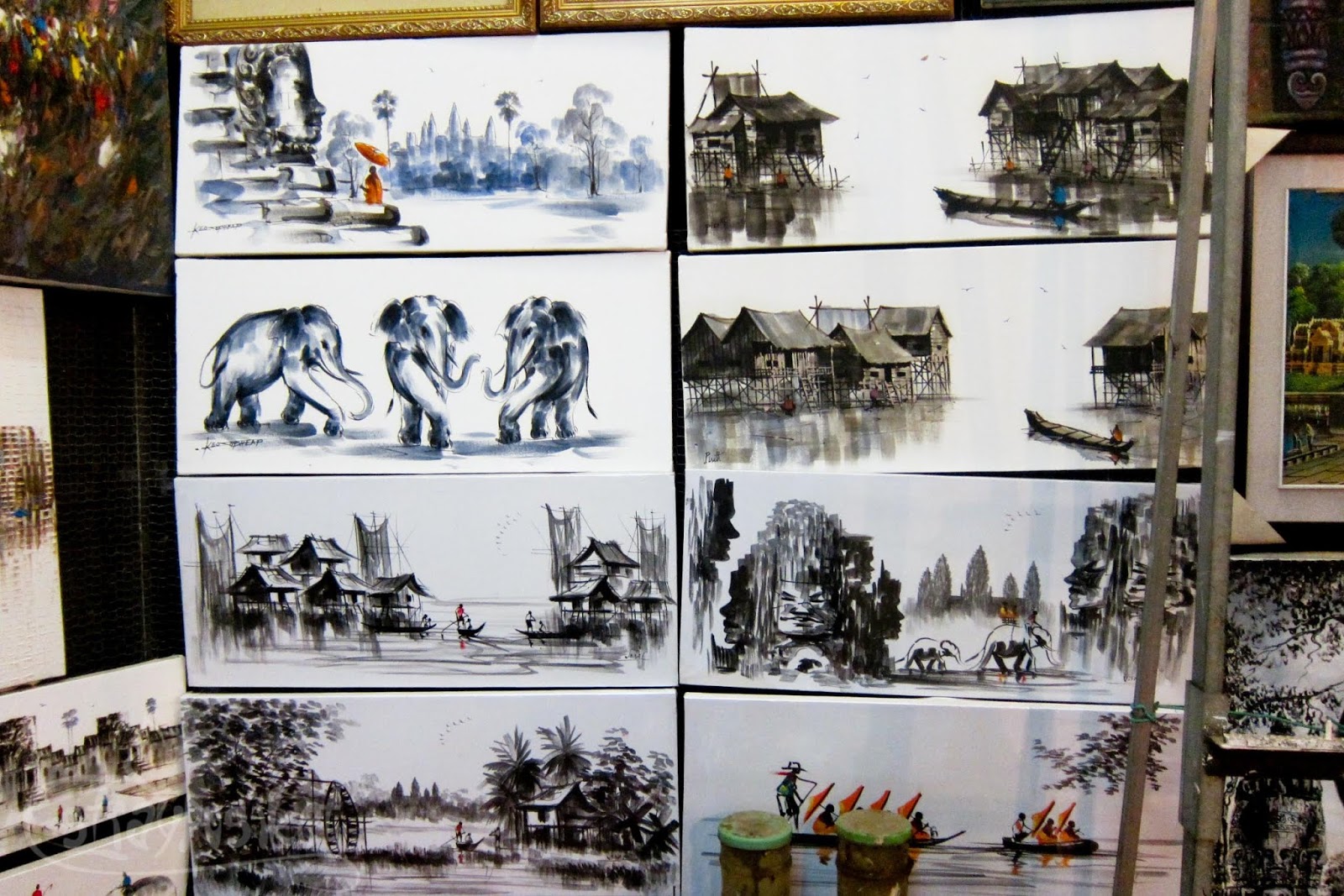 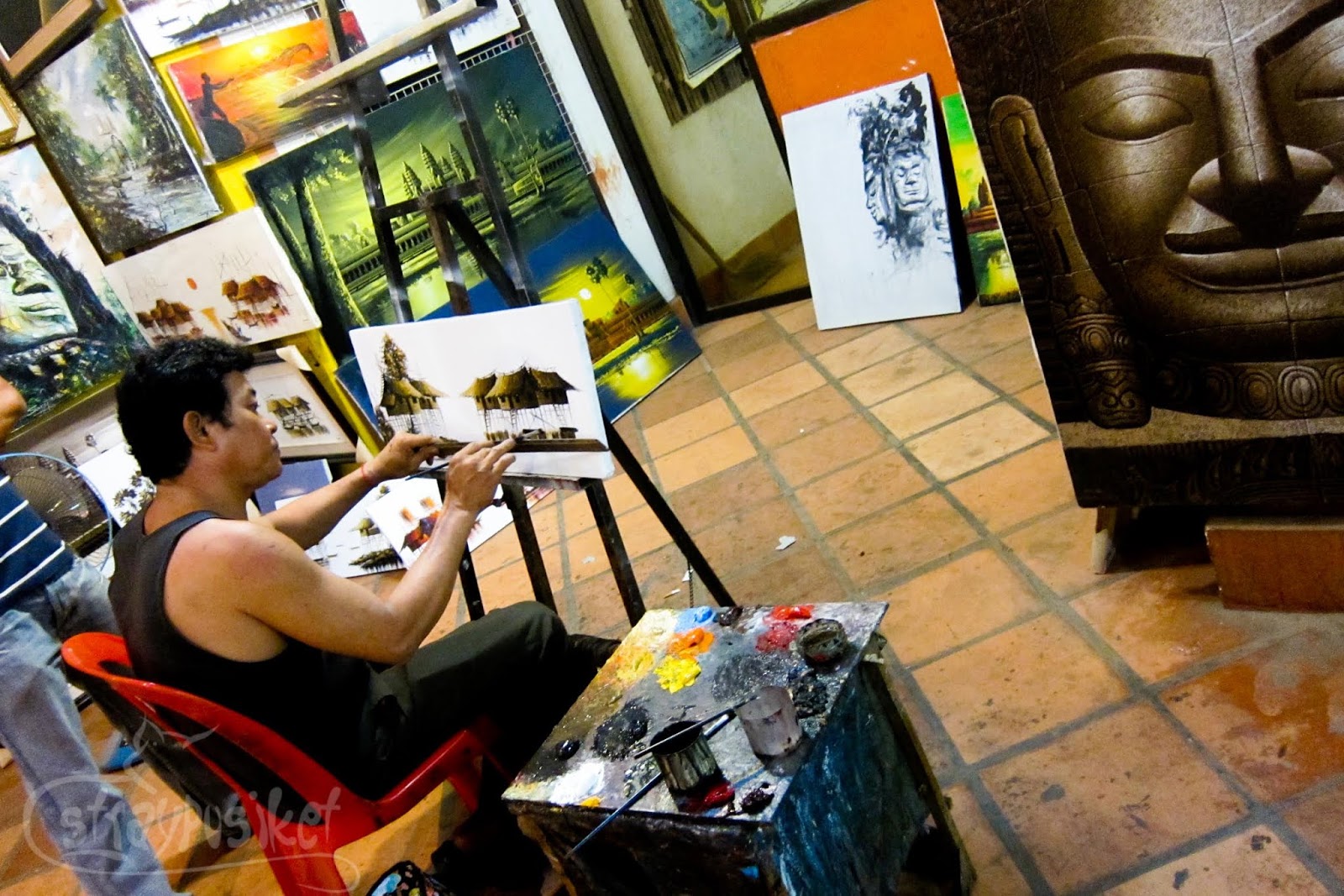 I would love to buy that giant painting of buddha but it would be a hassle to bring it with me to Phnom Penh and Ho Chi Minh. 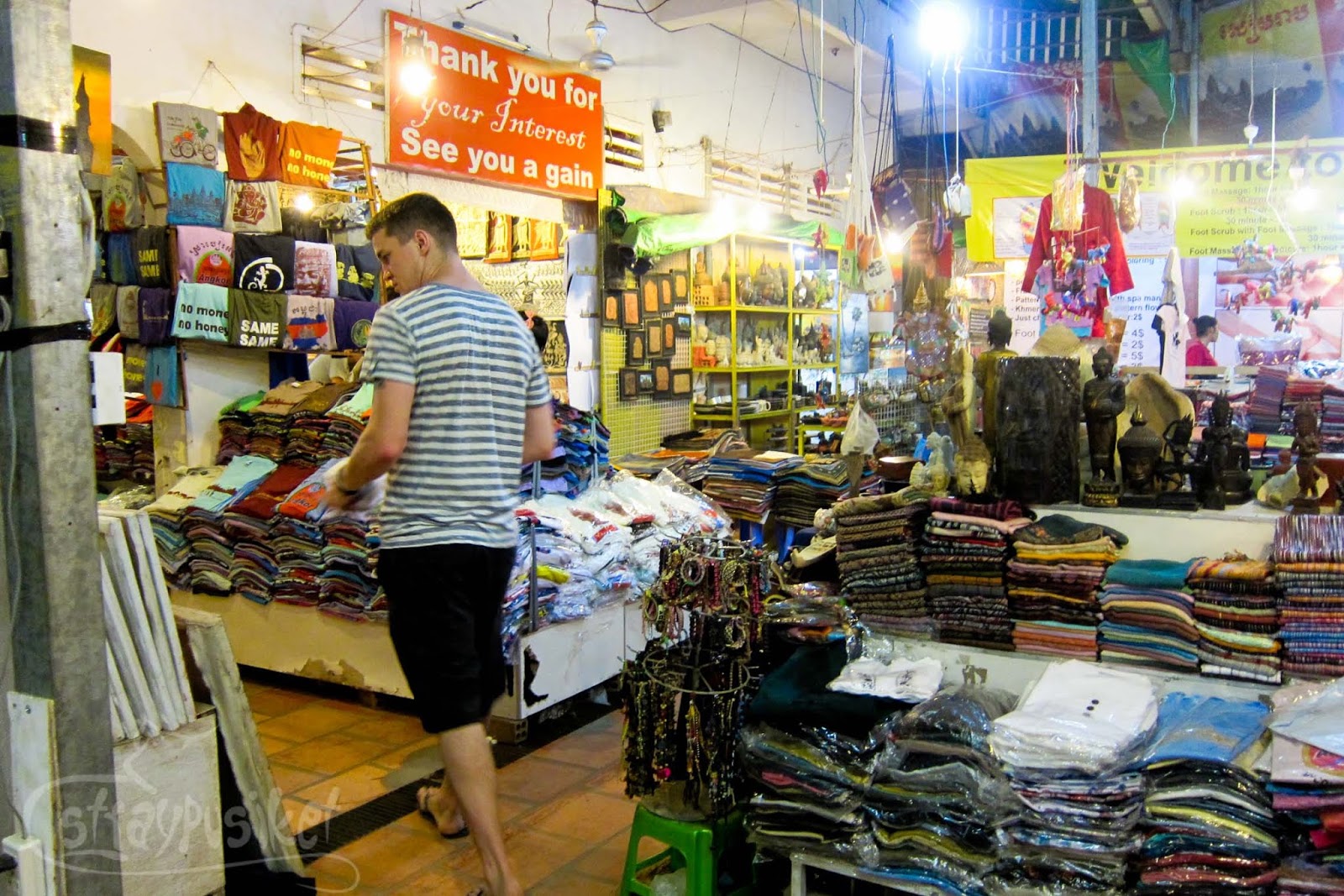 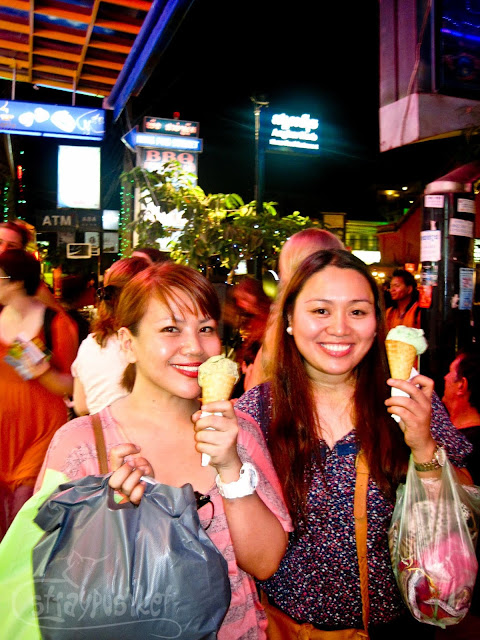 Ligster and Jego enjoying their ice cream and shopping finds

We didn't explore the street food stalls lined up outside the night market since we still felt heavy after all the eating we did at the restaurant. 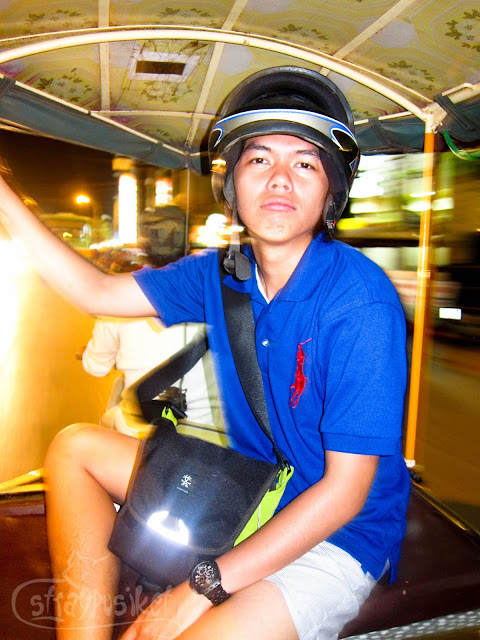 Dell and his silly face

After shopping, we invited our tuktuk drivers for some beer at the hotel. Sina offered to buy the beers for us since the price is cheaper for locals. So we stopped by a neighborhood store and bought a dozen Angkor Beer for $8.

We stayed at the hotel's gazebo where we spent the rest of the night chatting over beer. 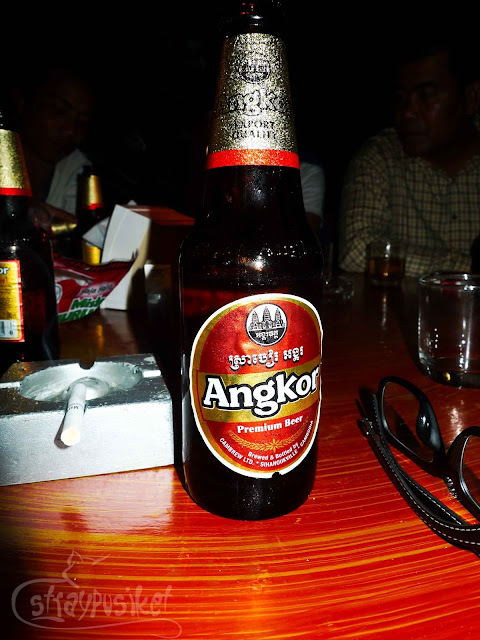 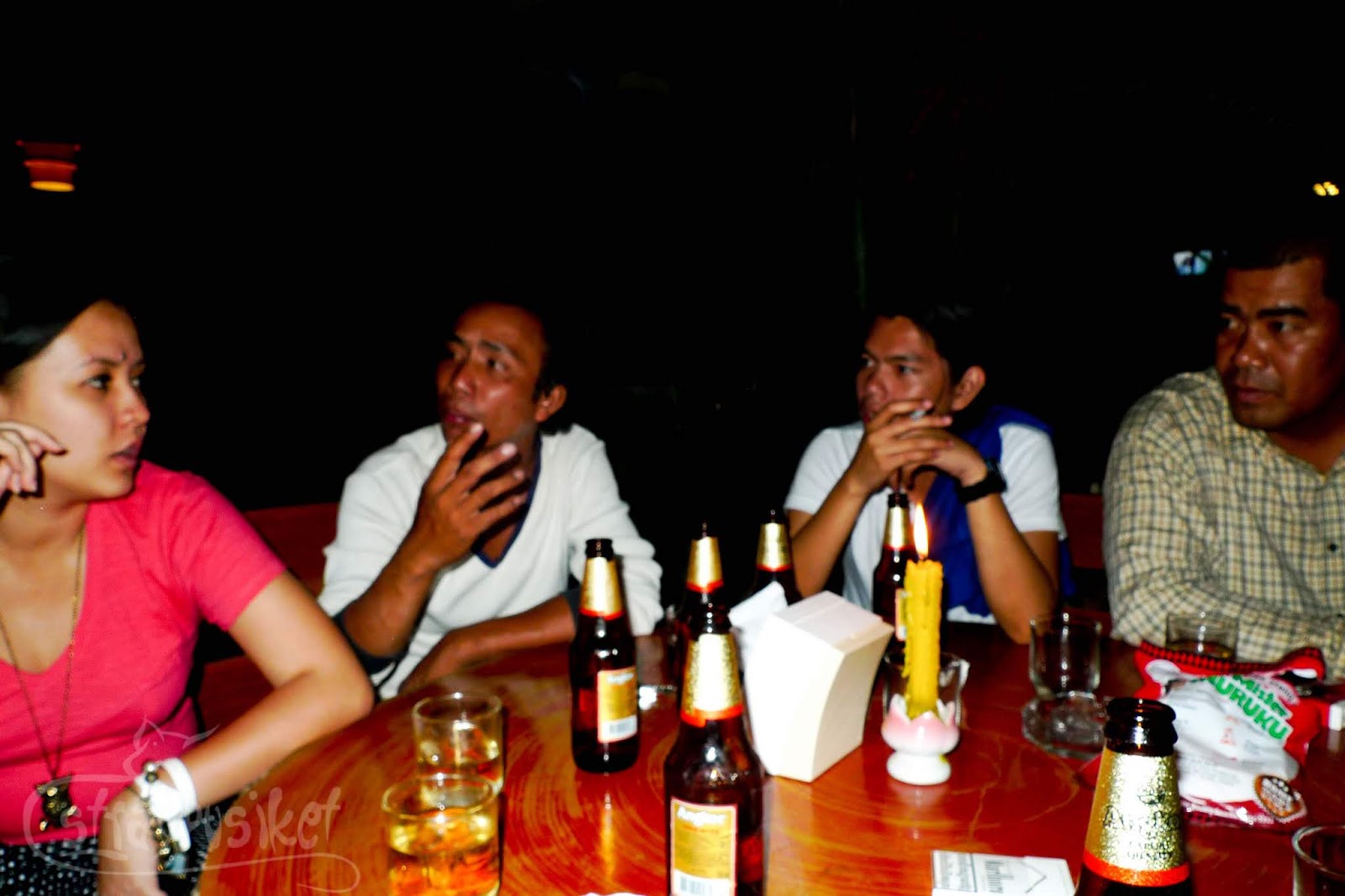 We talked about Manny Pacquiao (he's their idol), Dyesebel, and other Pinoy telenovelas being aired in Cambodia. We also taught each other some basic phrases in our own languages.

Khmer language is a bit difficult to learn. There are so many silent letters in their words.

But just the same, they (Cambodians) also find it difficult to pronounce Filipino words.

It was a fun night. We enjoyed the conversation even if we had a hard time understanding each other. I just use my technique (and that is to add S to Sina's words whenever we can't understand him) and it works. If Sina says, "Buck" then he might mean "Box". Hehe.  And if it's our turn to speak, we try to speak in English the way our friend, Jego does they do. King Babu was just laughing the whole time. Sina just relays to him whatever we said since he can't speak in English. Sometimes even if we spoke  in Filipino, he would still laugh. Poor King Babu. Haha. It's just fun reminiscing those moments.