I was entering college when the movie Tomb Raider was released. Back then, I didn't pay much attention about the Cambodian temple which was used as one of the film's location. Who would have thought that 11 years later, I'll see this place in person? 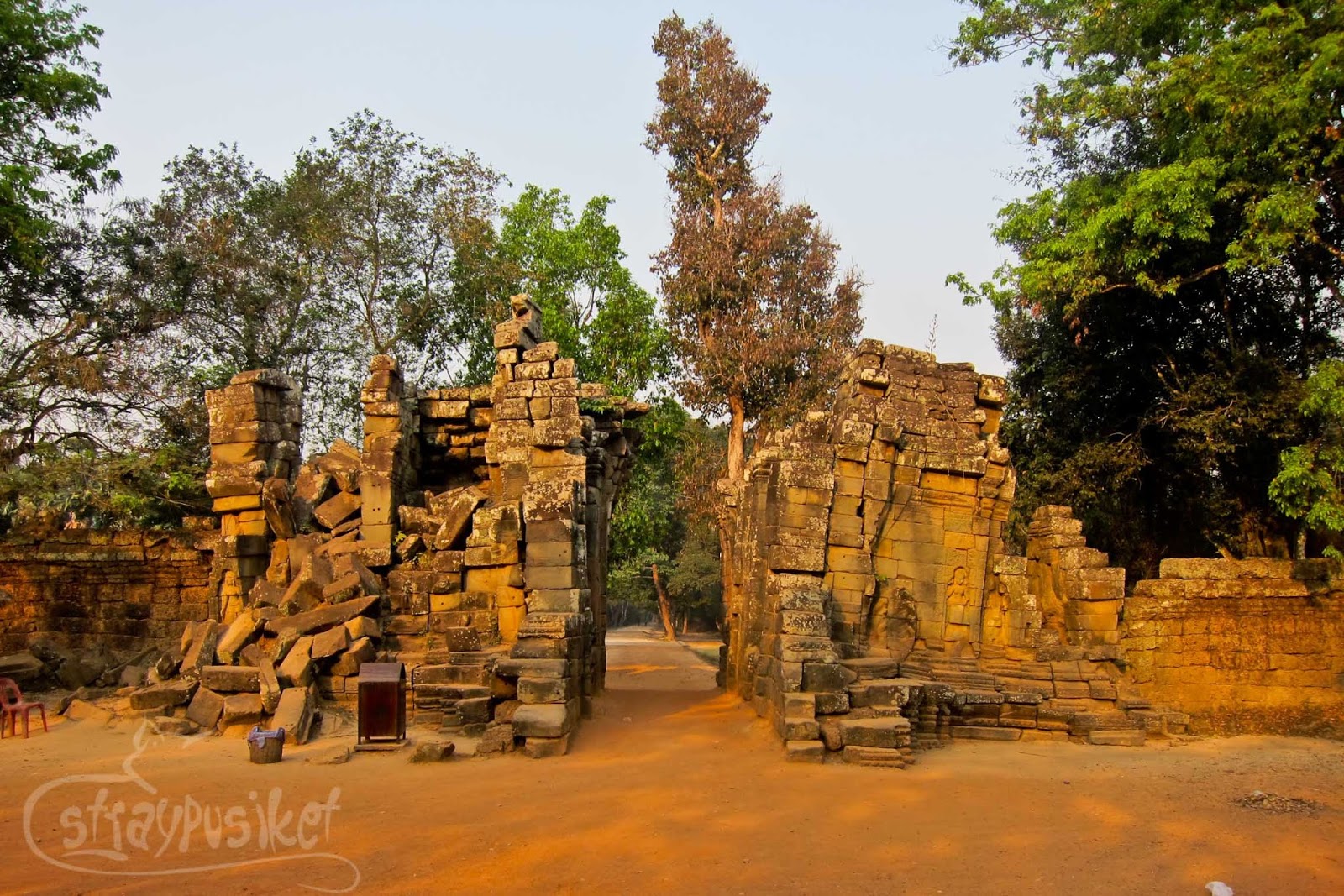 
I didn't do much research on Siem Reap prior this trip so the only temple I know is Angkor Wat and nothing else. When we were in Bayon temple the day before, we thought that it was the film location but the tour guide told us it was Ta Prohm. So... Ta Prohm is the name.

From the gate, we had to walk a few meters to get to the temple. 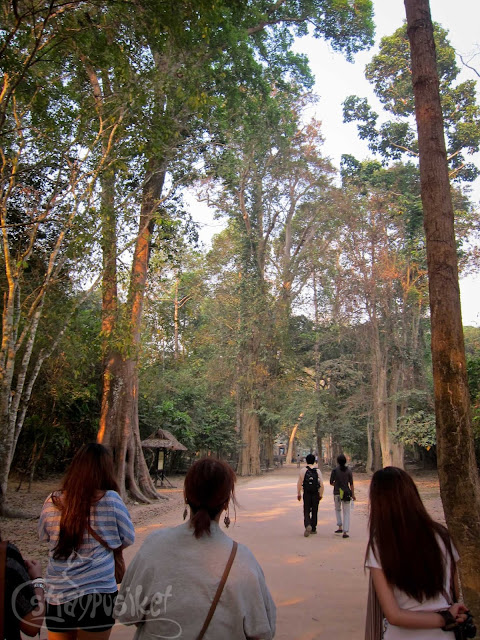 Restoration of the Ta Prohm temple has been undergoing since 2004. These blocks of stones from the collapsed galleries were numbered and measured. This will help the restorers return them on the part of the gallery they belong to. Jigsaw puzzle eh? 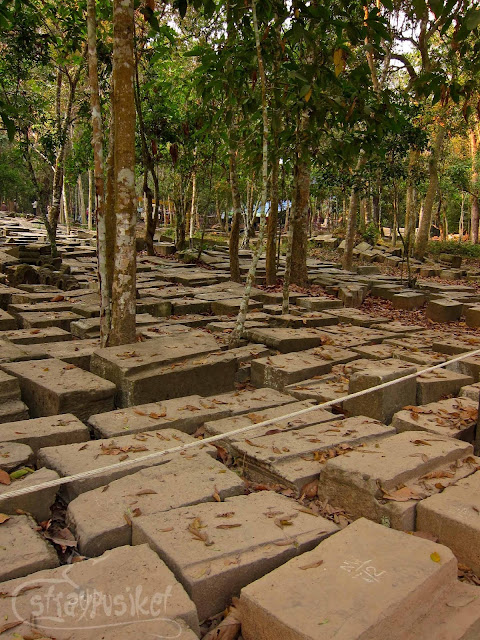 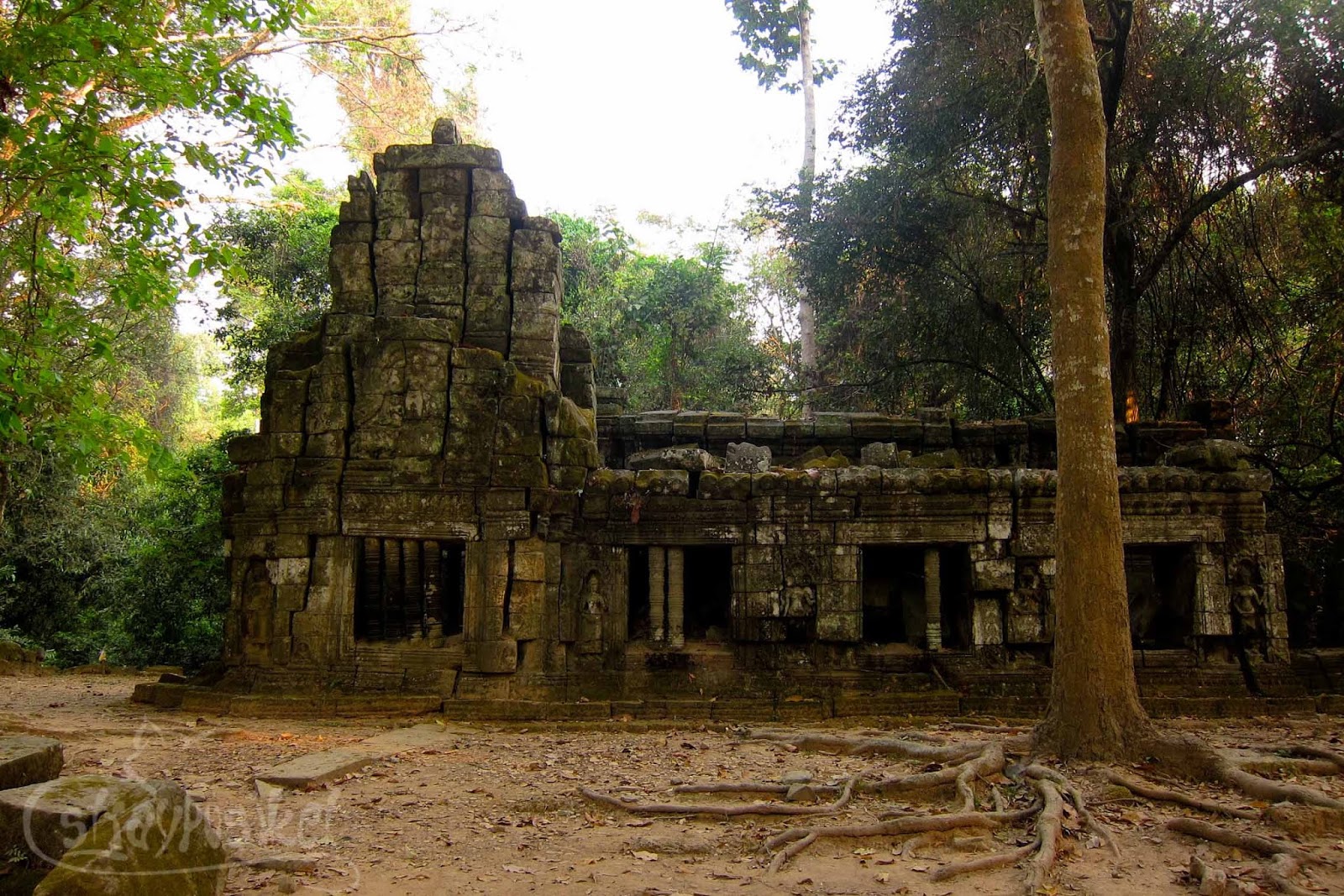 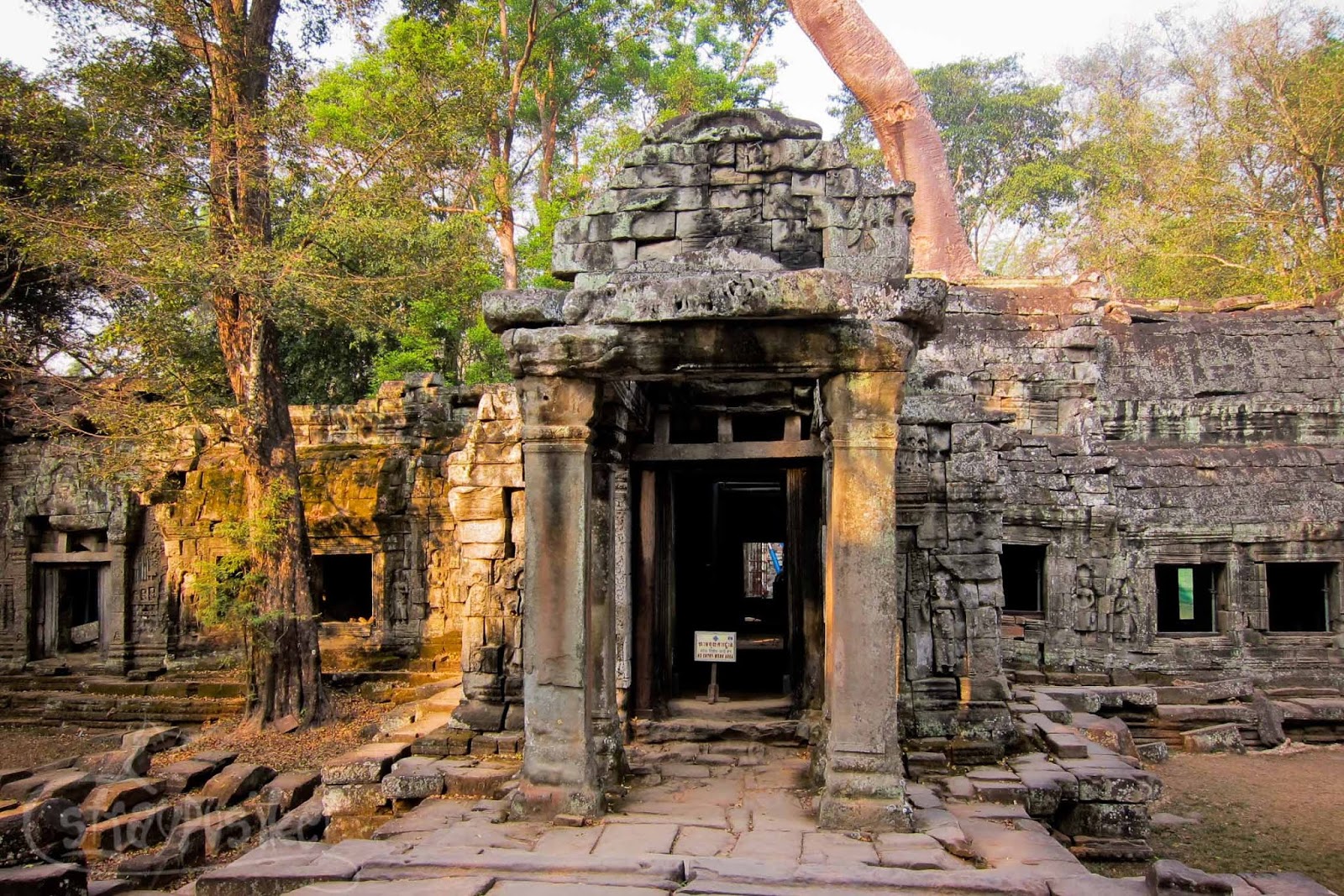 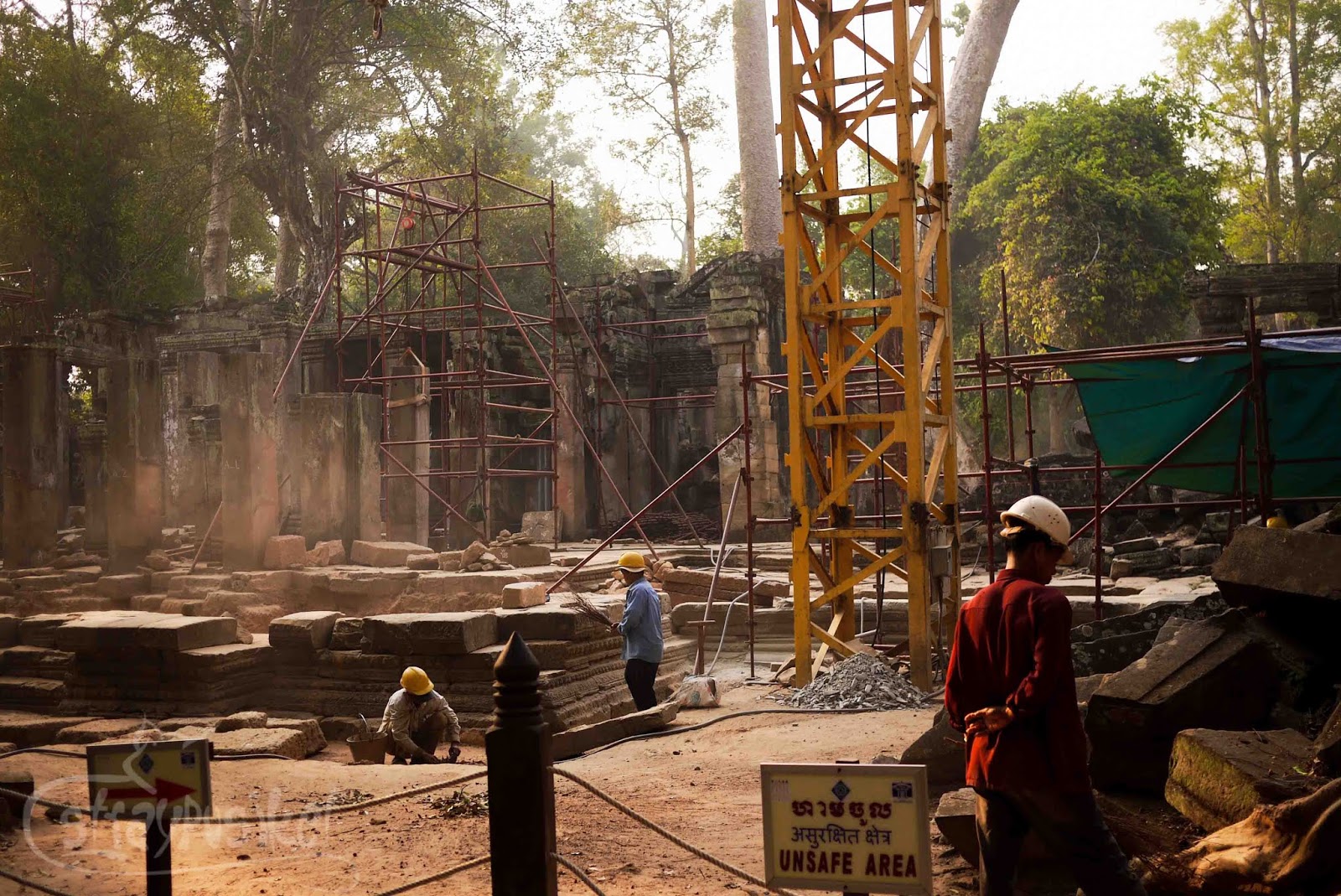 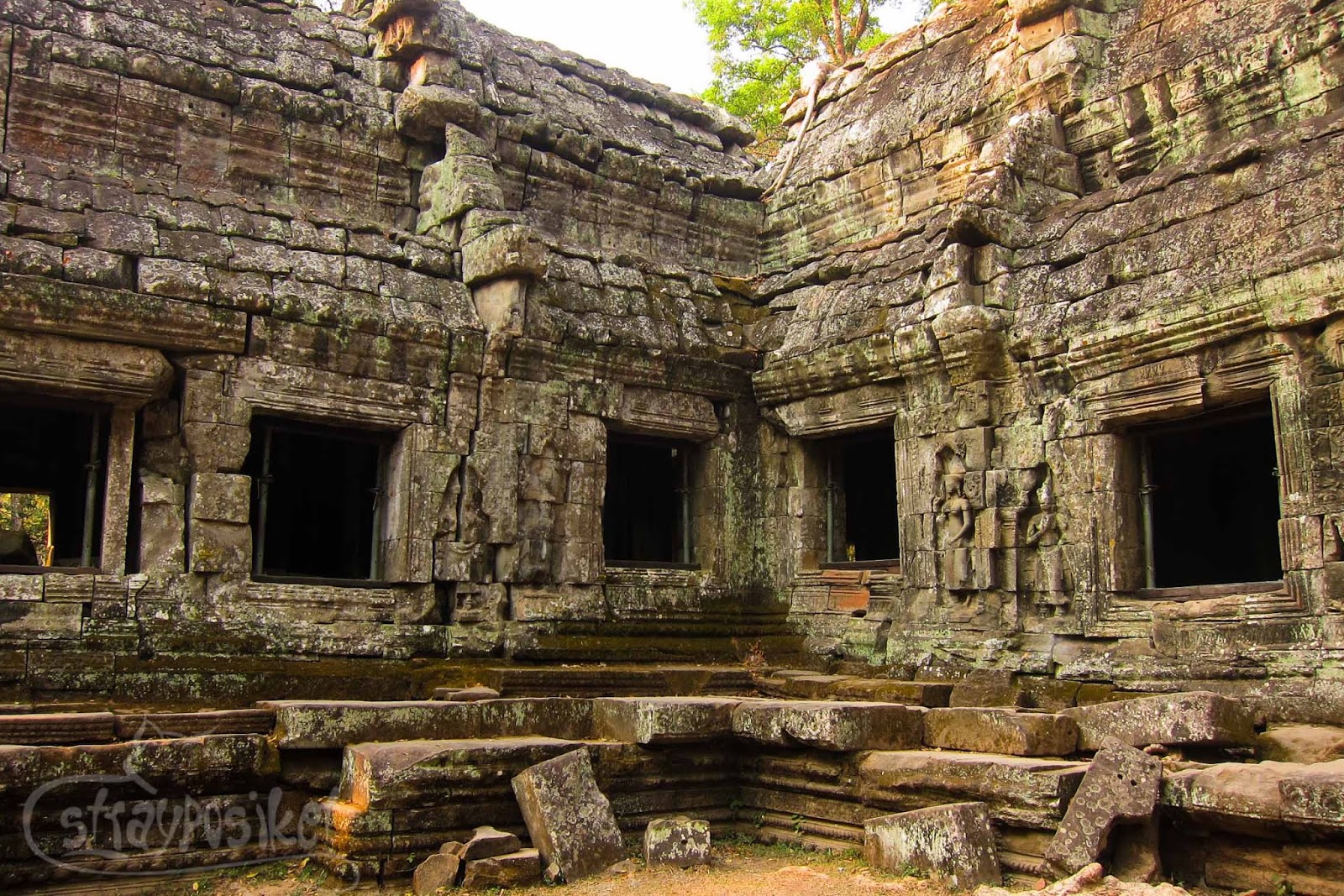 The roots of the spung trees have grown at the roofs and eventually crawled on the entire building. A platform / stage has been placed for people who would like to take a picture on the gigantic tree root. 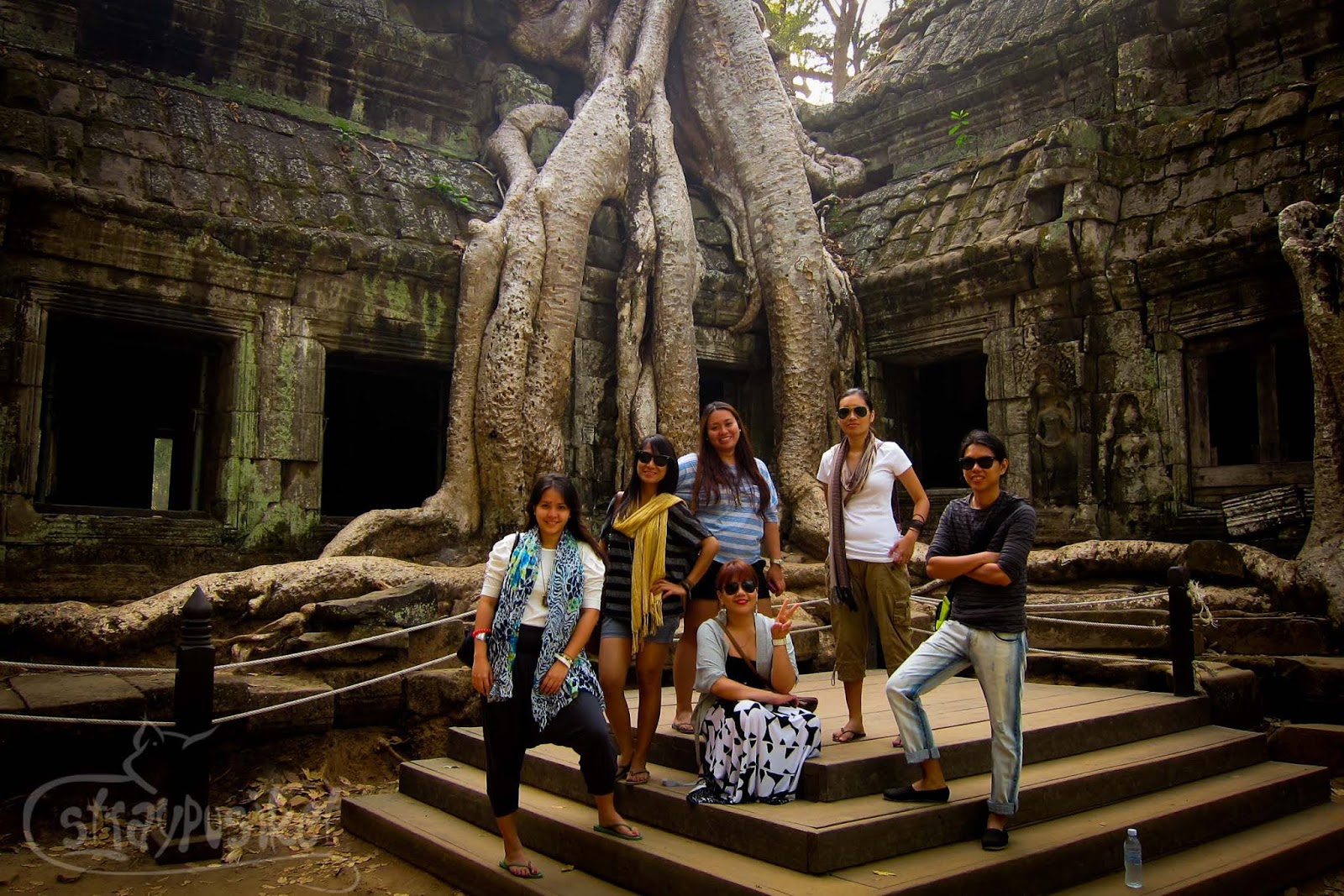 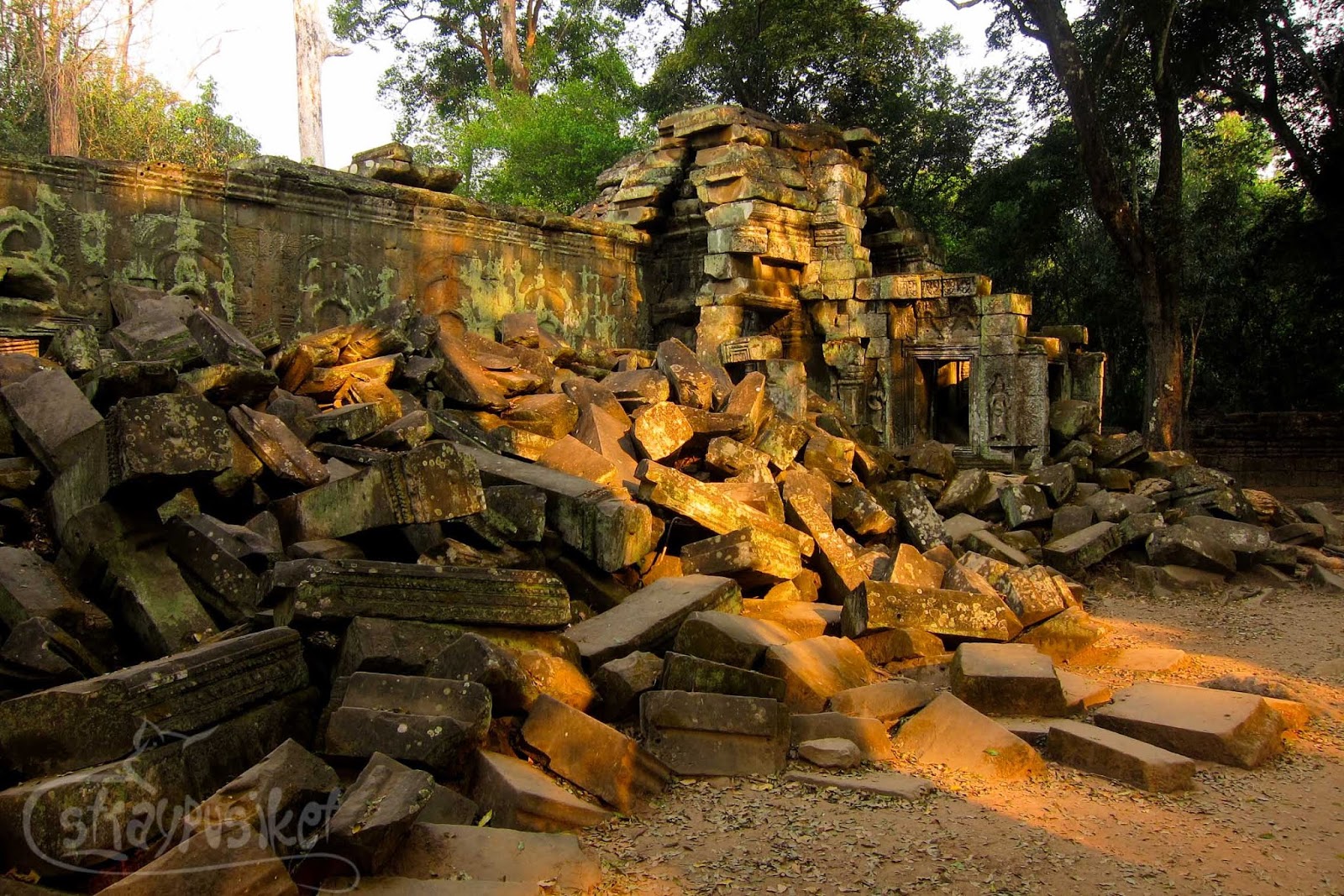 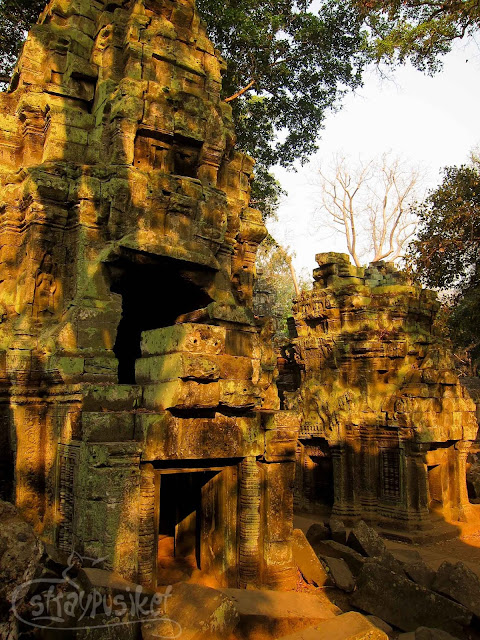 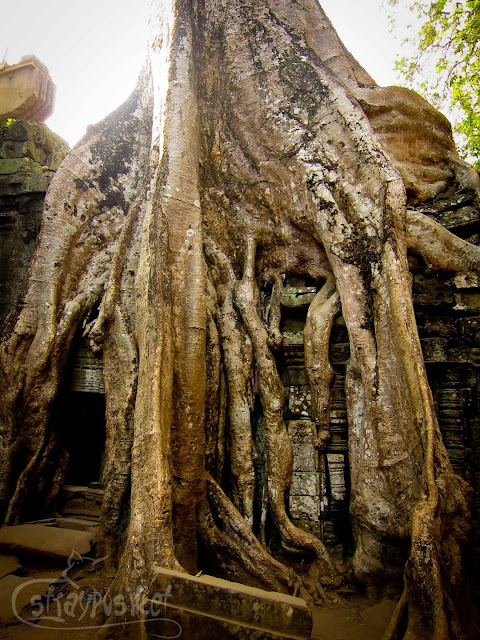 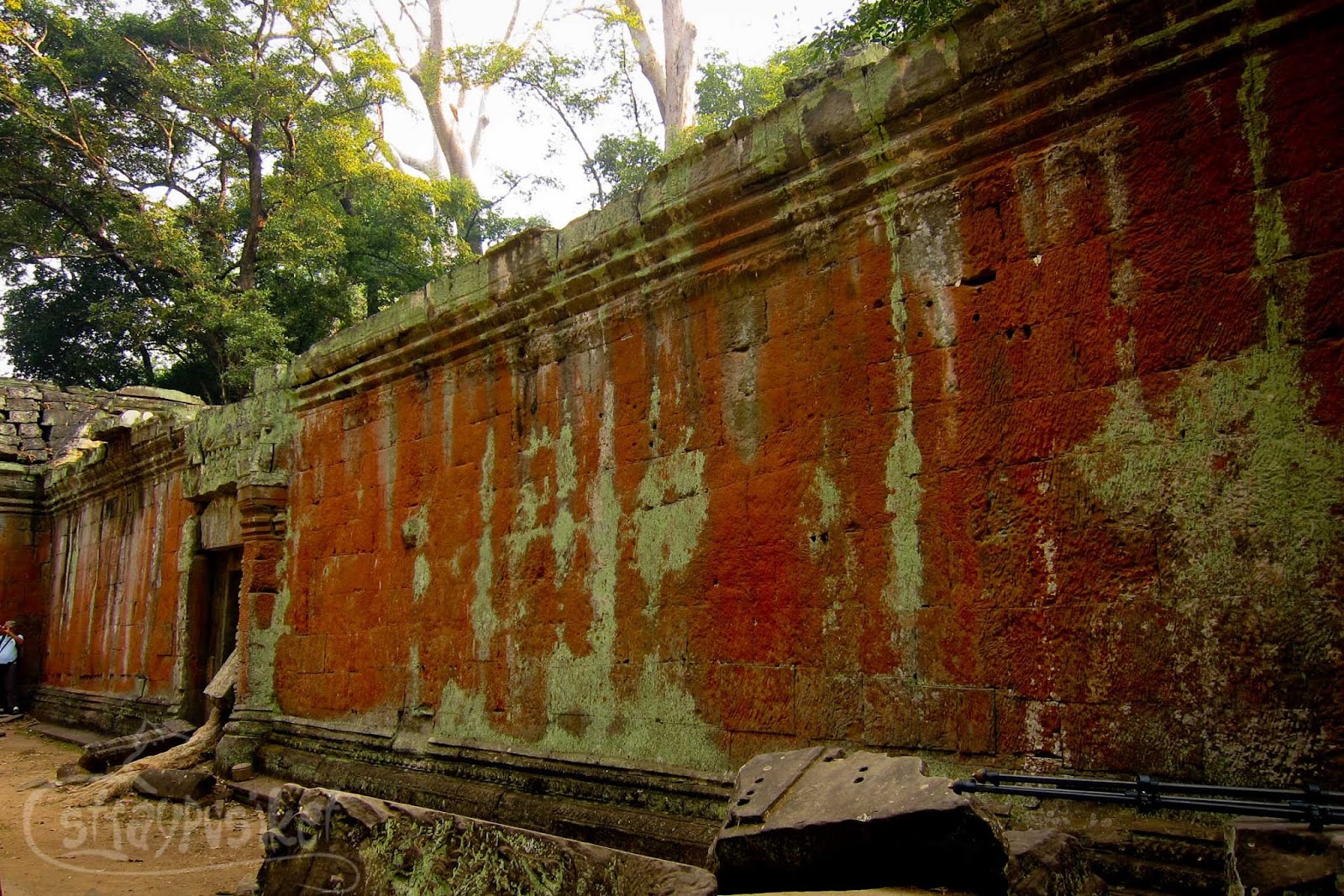 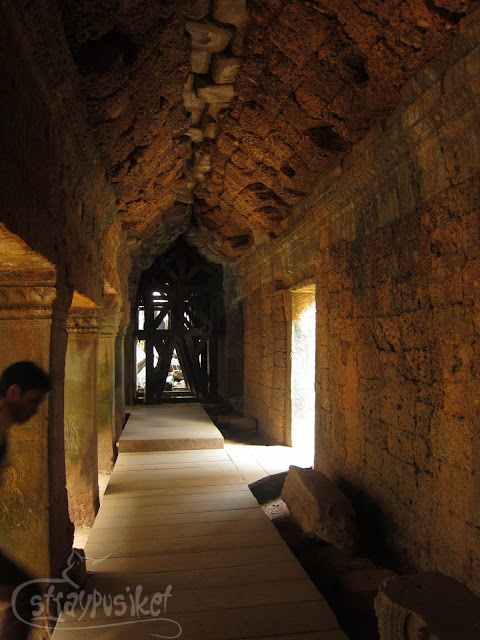 This is tree with rope-like roots is called a Sralao tree.  It wraps itself around a Spung tree eventually killing it. 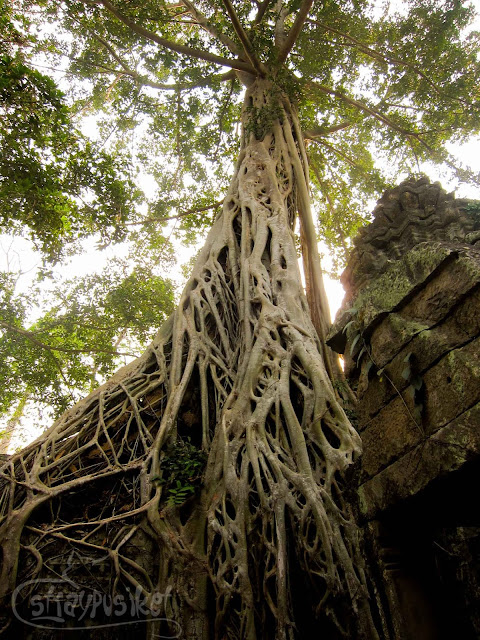 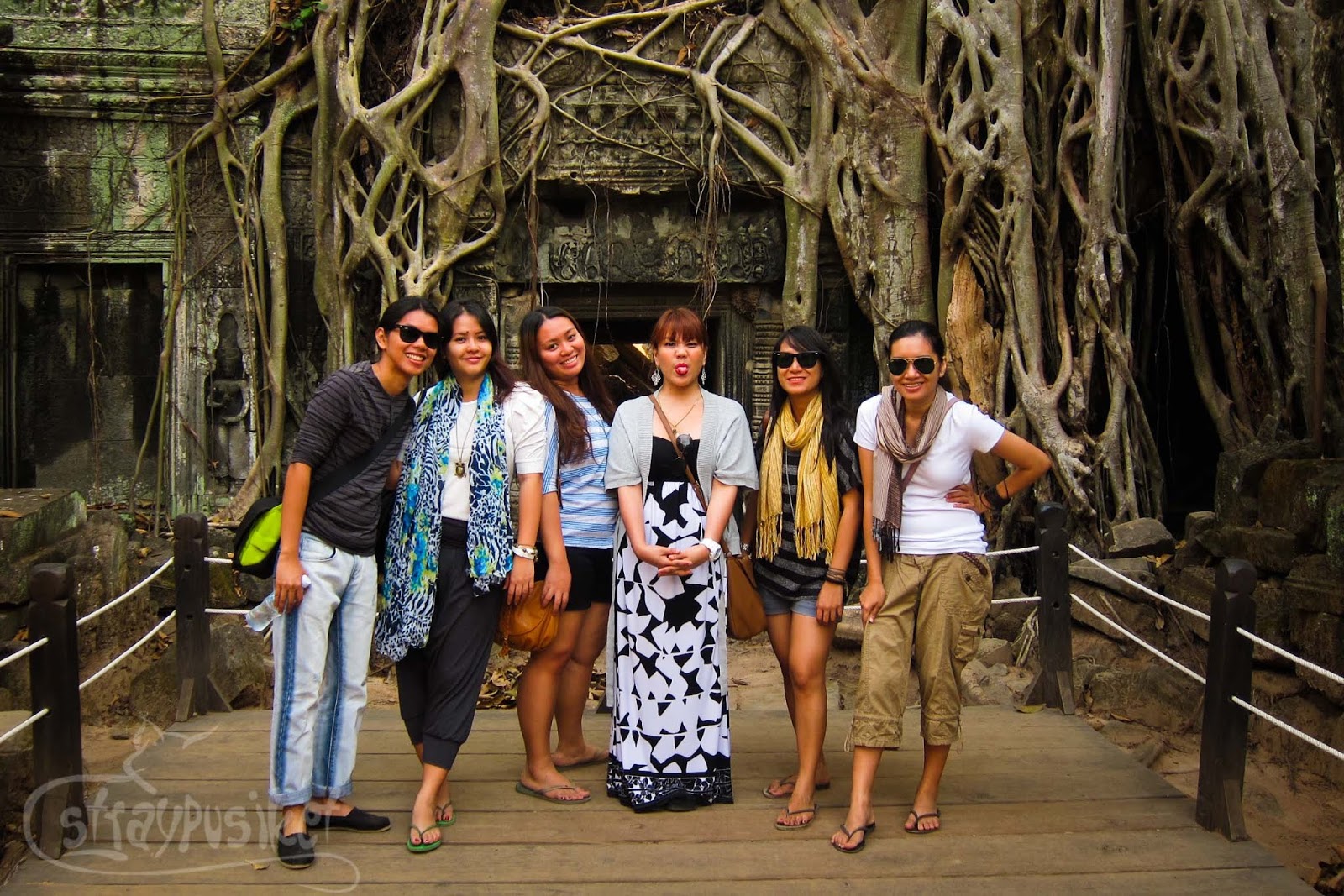 Patting your chest while leaning against these walls produces an echo in the entire tower. 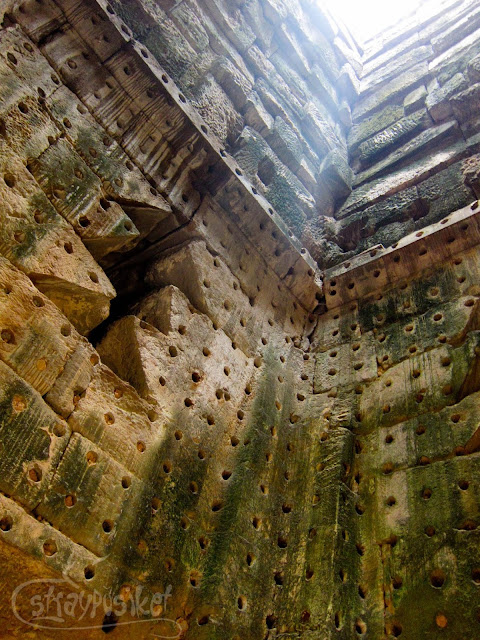 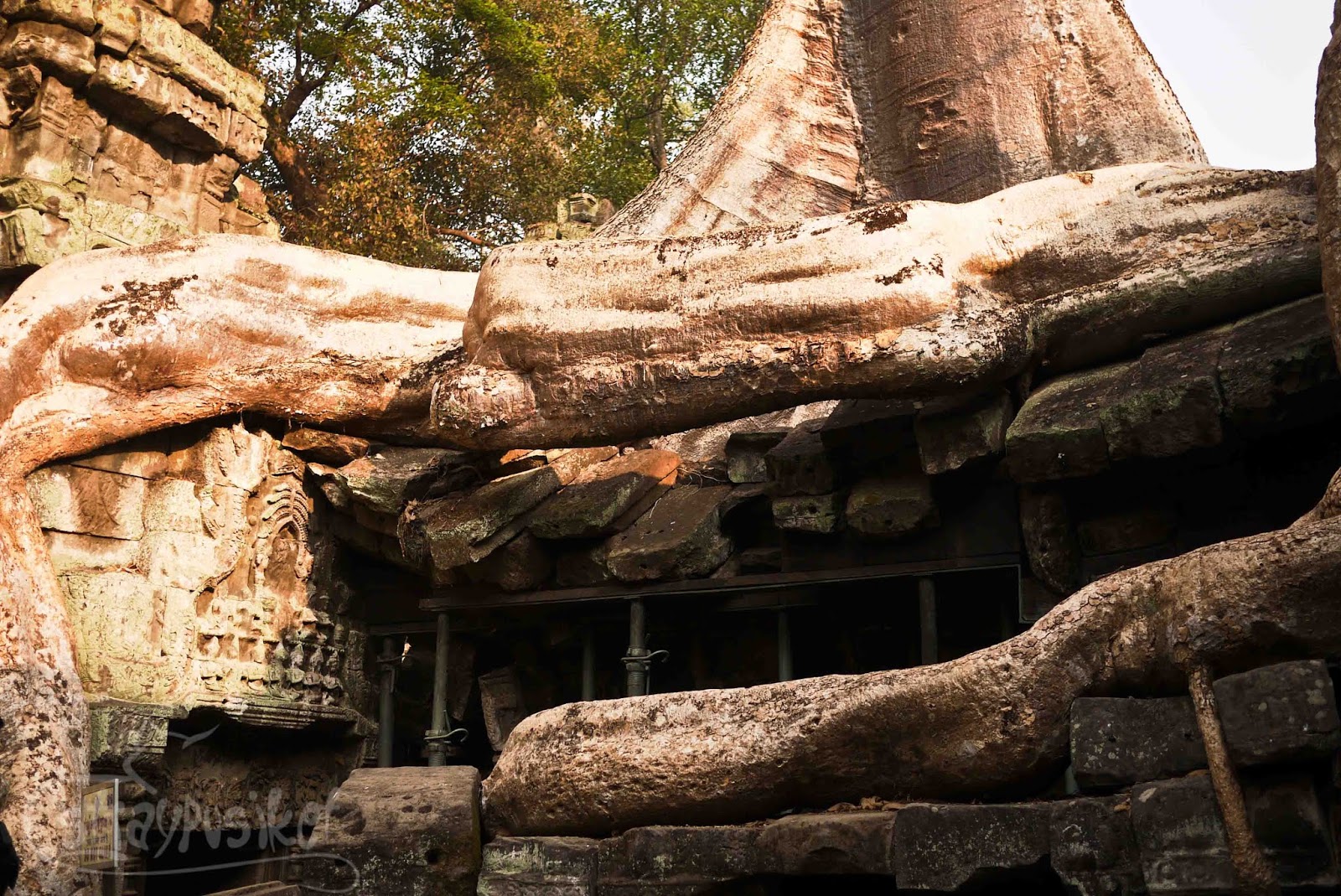 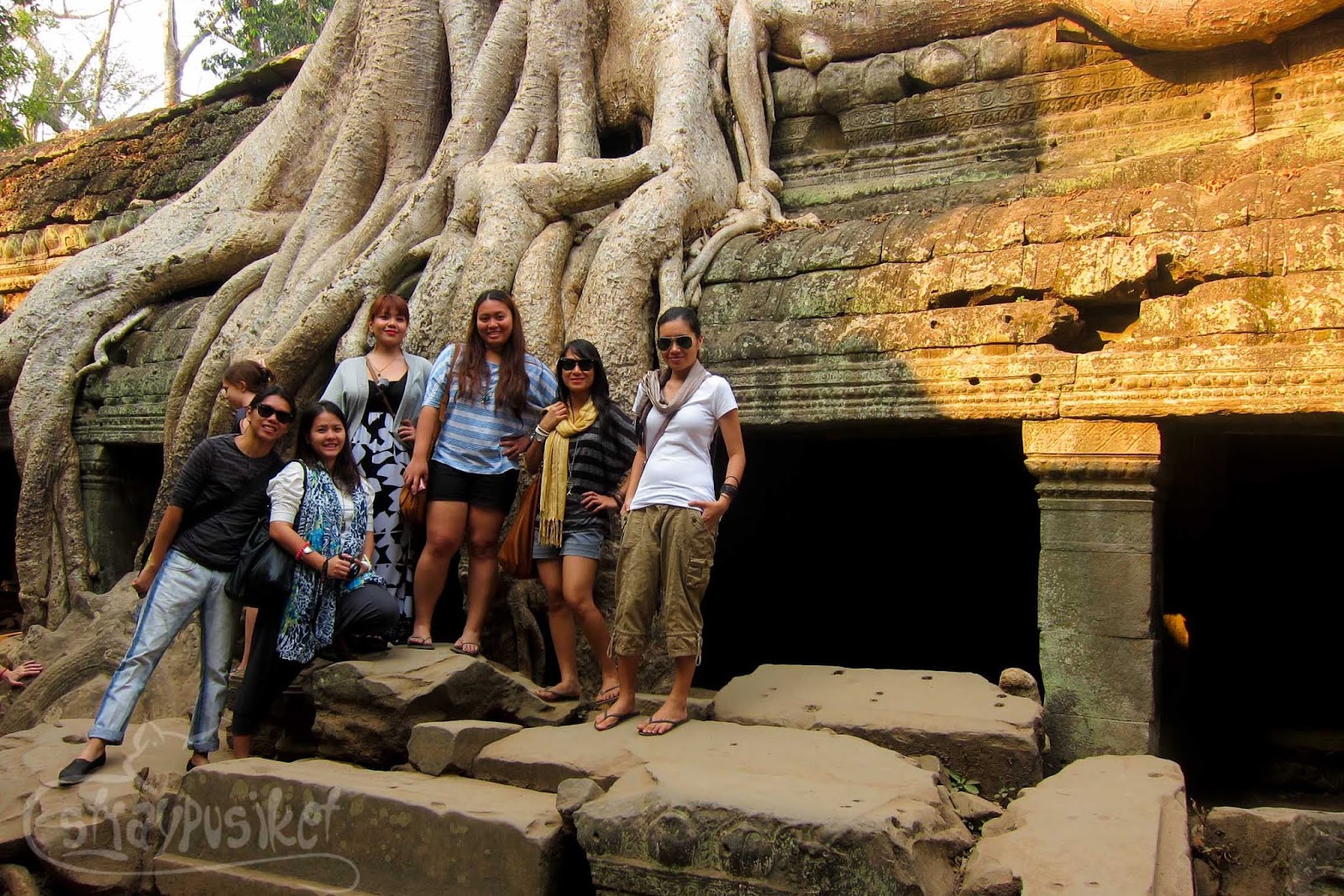 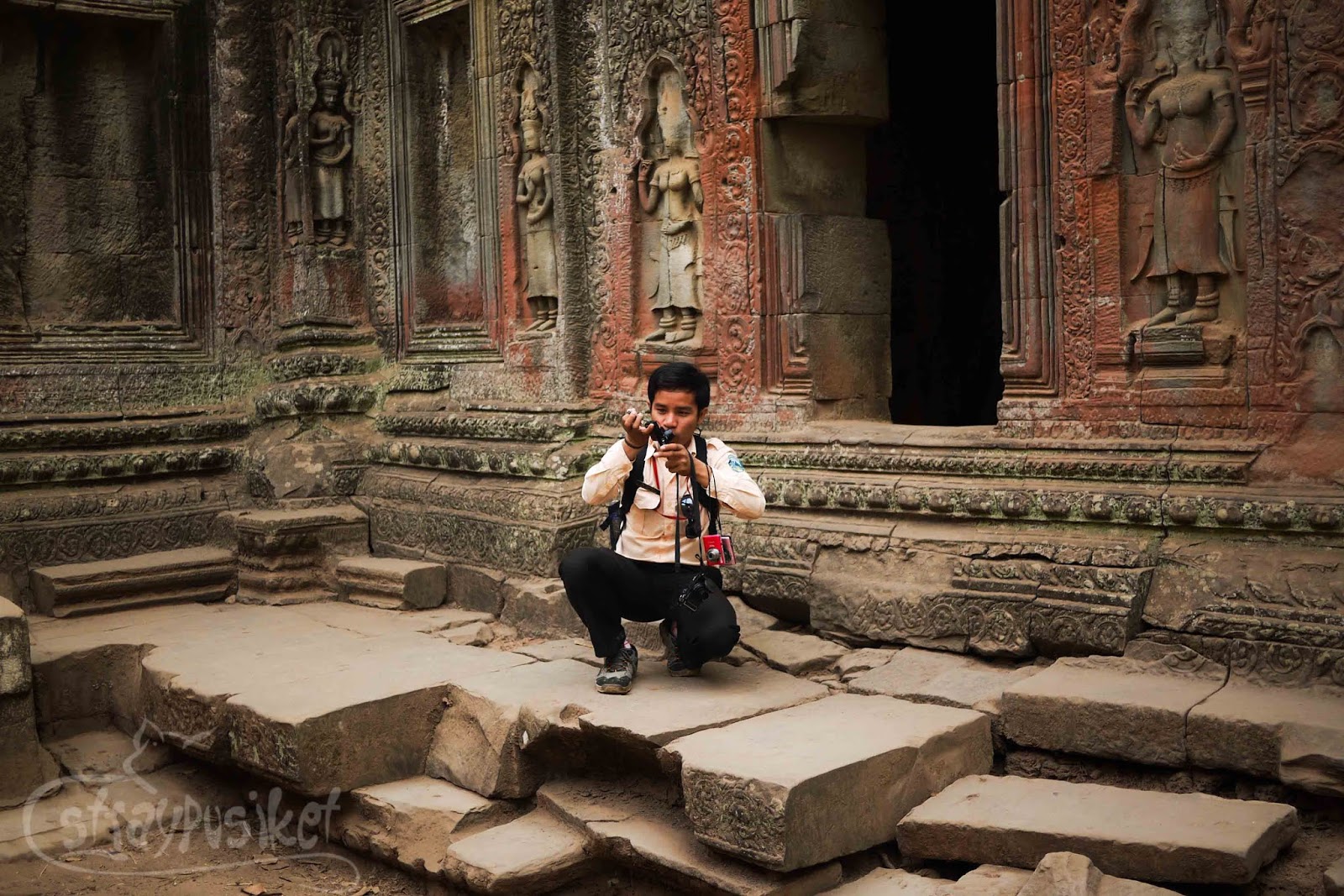 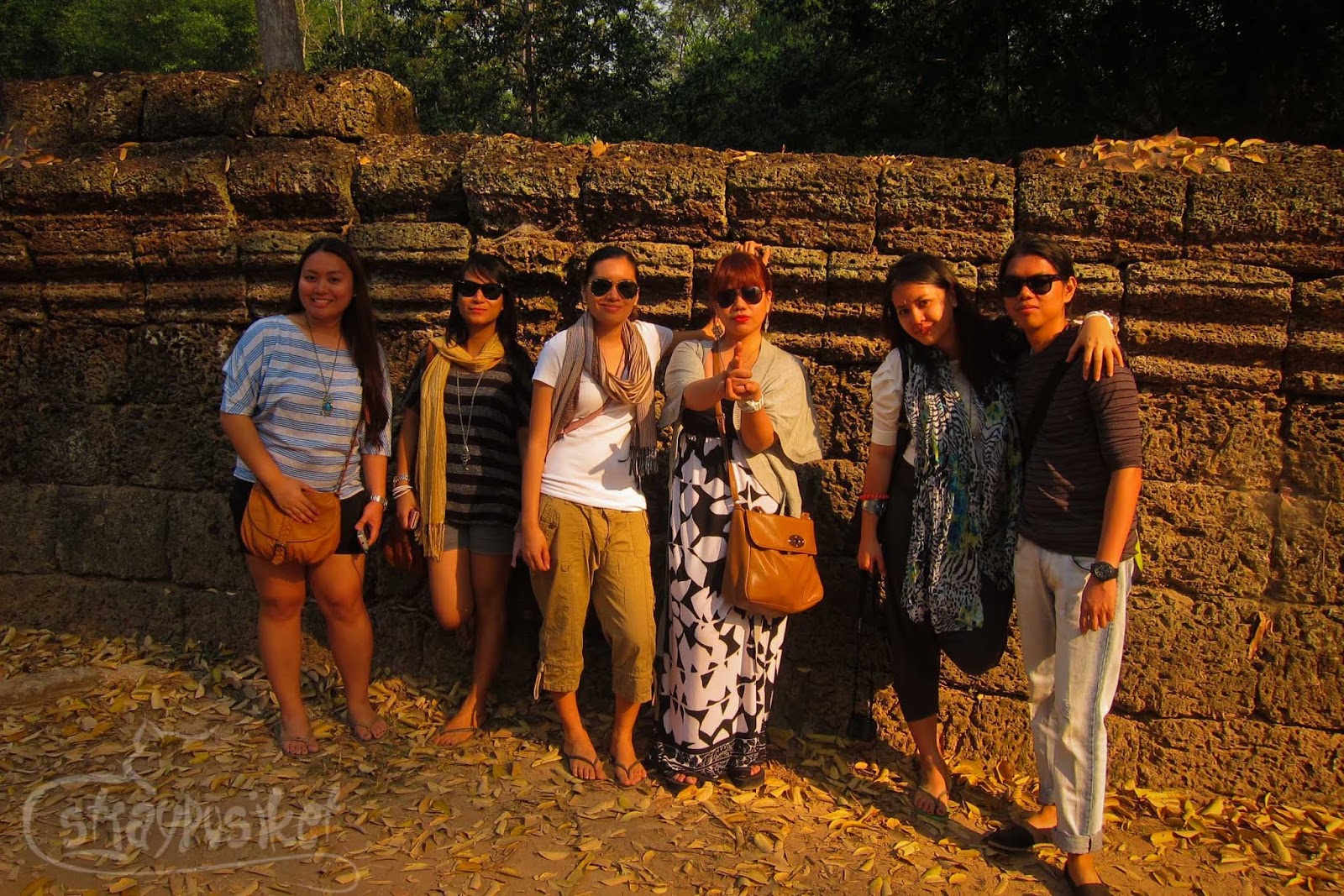 Among the Angkorian temples we have visited, this one is my favorite.